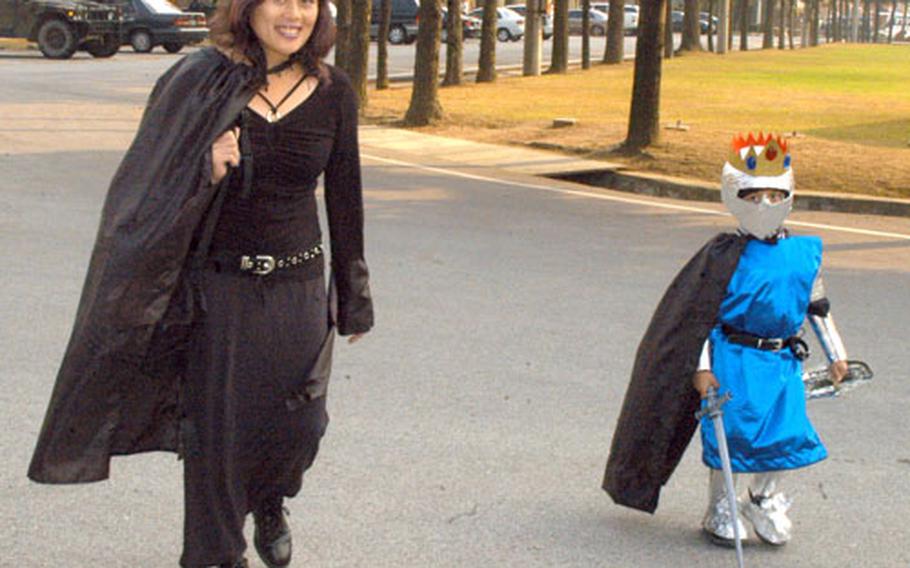 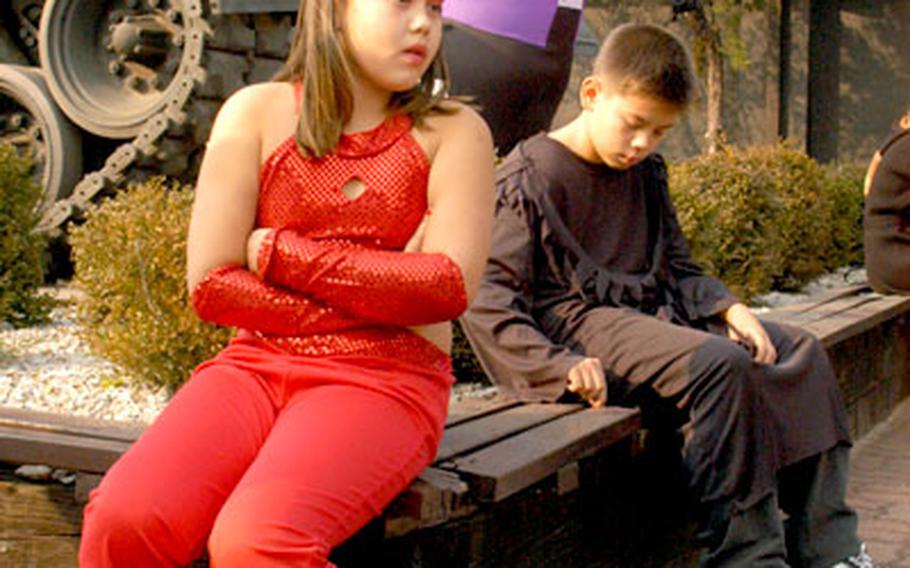 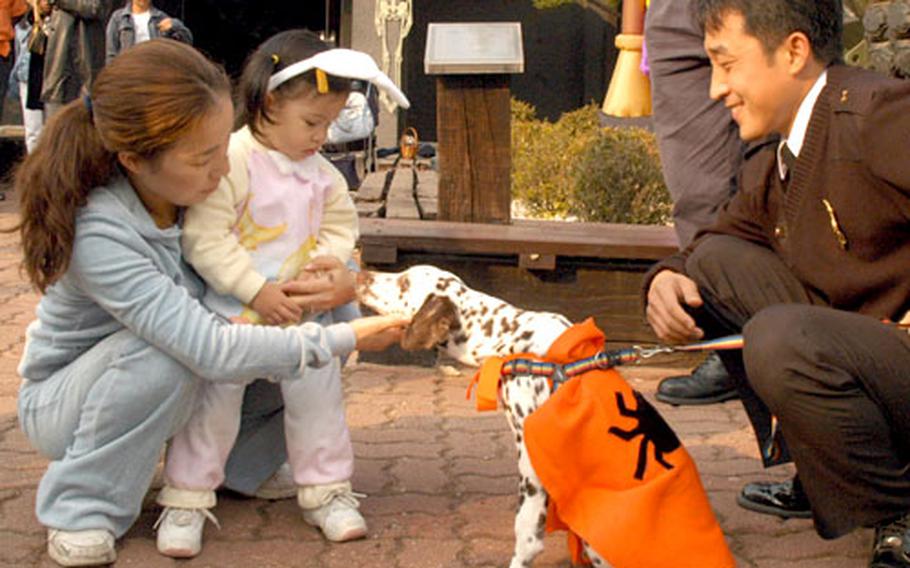 Most of the trick- or-treaters were children of non-command-sponsored soldiers living in Area I. Many soldiers choose to bring their families to South Korea, but they live either at bases outside of Area I or on the economy.

On Friday, the children met at the museum, which was decorated with jack-o-lanterns, skeletons, cobwebs, spiders and a large inflatable witch. While scary music played, they collected candy sacks, then went trick-or-treating around the base.

One of the children, Alexis Agell, 11, whose father is a civilian defense worker, dressed as &#8220;The Scream&#8221; character from &#8220;Scary Movie.&#8221; Alexis said she enjoyed the party, but said she missed Halloween back in the States.

Some of the younger children appeared slightly frightened when they entered the dark museum and heard the scary music, but Alexis was not afraid.

Alisha Anderton, 10, and Kyle Anderton, 11, traveled from their home at Osan Air Base to be with their father, Master Sgt. Lloyd Anderton of the 604th Air Support Operations Squadron, on Halloween.

&#8220;I have been in Korea seven times and this is the first time I have seen them have a Halloween party up north. It&#8217;s good to bring a touch of America to Korea,&#8221; Lloyd Anderton said.

Sgt. Joseph Hazlett of the 122nd Signal Company, who attended the party with his son Jared, 4, said the event was a great idea.

&#8220;There are a lot of kids up here. There are not the resources in Area I that they have at Yongsan, but things like this make it better. It gives the kids a chance to experience a bit of home,&#8221; he said.

122nd Signal Company soldier Pfc. Joshua Baase, 19, of Azle, Texas, was one of several soldiers who escorted the trick-or-treaters around the camp.

Baase went trick-or- treating himself only two years ago, he said.

&#8220;I took my little cousin along as an excuse to go when I was a senior [in high school],&#8221; said Baase, who hopes to become a teacher when he leaves the Army.

2nd ID Museum technician Incha Koslosky said about 60 children attended this year&#8217;s Halloween party. The popularity of the event, now in its third year, is such that it had to be restricted to the children of U.S. soldiers and civilian defense workers, she said.