Master Sgt. Hugh Watson Jr. stands in a refrigeration unit at Qatar's Al Udeid Air Base used to store the bodies of troops killed in Iraq and Afghanistan. Nearly every war casualty stops at Al Udeid to receive fresh ice for the onward journey to the United States. (Heath Druzin/Stars and Stripes)

Master Sgt. Hugh Watson Jr. stands in a refrigeration unit at Qatar's Al Udeid Air Base used to store the bodies of troops killed in Iraq and Afghanistan. Nearly every war casualty stops at Al Udeid to receive fresh ice for the onward journey to the United States. (Heath Druzin/Stars and Stripes) 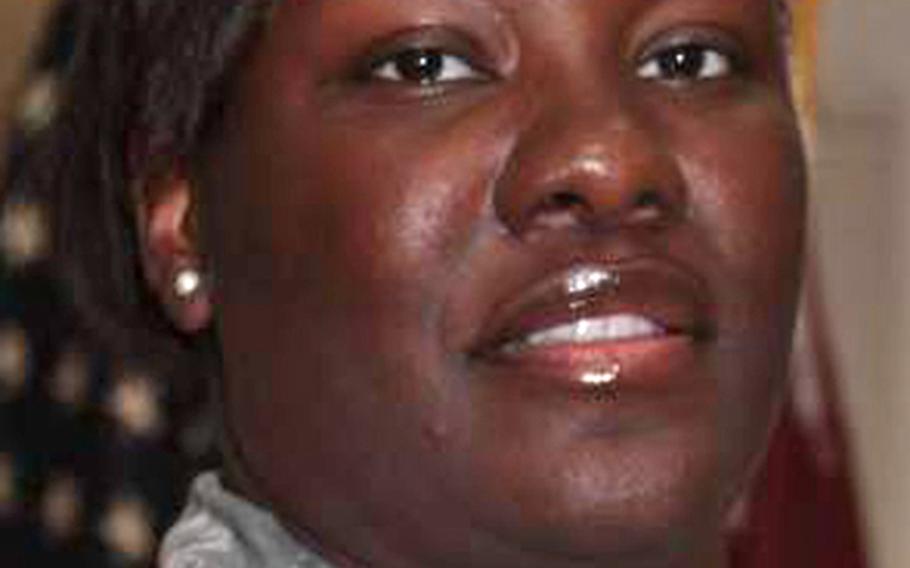 Chaplain (Capt.) Gary Davidson looks out for the mental health of the mortuary affairs staff at Al Udeid Air Base in Qatar. (Heath Druzin/Stars and Stripes)

&ldquo;I take every one of them personally,&rdquo; Watson said.

Since Watson arrived at Al Udeid in July, about 300 troops from Iraq and Afghanistan &mdash; nearly every one killed in those countries &mdash; have passed through the base. Sometimes they come one by one, sometimes in bunches after a large bombing or offensive.

The bodies stop in Al Udeid to receive fresh ice, prayers and a simple ceremony on the tarmac. They are greeted by high-ranking officers who salute them and place coins in the caskets, and they are prayed for by a chaplain. Then Watson gets to work, helping to carry the casket, which often weighs 350 pounds with the remains, to a waiting van that will take it to a refrigeration unit.

There, Watson and his deputy, Tech Sgt. Misty Dawson, open the casket to change the ice, remove moisture from the outside of the body bag, making sure the remains will be well-preserved for the flight home.

In the age of 500-pound roadside bombs, Watson knows what those caskets hold. He used to work at Dover Air Force Base, Del., where he tended to the bodies of troops on their final stop before heading to their families.

There he saw the raw wounds of war in fallen troops who had not yet had the benefit of a mortician&rsquo;s touch.

Now, he meets what the military terms &ldquo;HR,&rdquo; or human remains, halfway through their journey home, at this sun-bleached base outside Qatar&rsquo;s capital, Doha. Watson prefers the term &ldquo;fallen warrior,&rdquo; finding the official terminology too clinical for the devastation each death represents.

Watson said he pays close attention to the news an DOD casualty reports, so he knows the stories of these troops.

Despite the gravity of their job, Watson and Dawson must make do with scant resources. They scrounge ice from a nearby Grab and Go snack shack, and when multiple casualties come in they must scramble to find enough vans and space in their small refrigeration units.

Watson and Dawson work 12-hour shifts, but those can stretch to 20, depending on when and how many troops die on any given day. In addition to mortuary affairs, they are also responsible for planning mass casualty responses, search and rescue, and making sure redeploying soldiers have orders and tickets home. The two constantly joke and laugh, but they admit the job takes a toll.

&ldquo;We know they&rsquo;re off to a better place,&rdquo; Dawson said, though she added, &ldquo;When you have multiple fallen, it can be tough.&rdquo;

Watson has been working in mortuary affairs since 1997. He says his job changed dramatically after the invasion of Afghanistan in 2001 and especially when Iraq teetered on the edge of anarchy in 2005 and 2006.

He&rsquo;s seen up-close the unfiltered cost of war. Despite being hundreds of miles from the battlefield, &ldquo;it hits home,&rdquo; he said. His wife, a psychology major, tells him she&rsquo;s seen changes in his personality during his stint in mortuary affairs.

&ldquo;On my day off I do a lot of reading, just to be someplace else,&rdquo; Watson said.

It&rsquo;s Chaplain (Capt.) Gary Davidson&rsquo;s job to look out for the mental health of Watson and Dawson. He also works the evening shift and ends up leading the prayer for most of the fallen warrior ceremonies, which tend to occur at night.

Amid the constant tragedy of the job, even the counselor can get overwhelmed, as was the case when 12 bodies came across the tarmac at Al Udeid on a single day.

&ldquo;The number of losses deeply affected me, and I closed my office door,&rdquo; Davidson said. &ldquo;I didn&rsquo;t want to talk to anyone because I was so hurt. For a few hours, I was inconsolable.&rdquo;