A Shiite politician and his Sunni guards 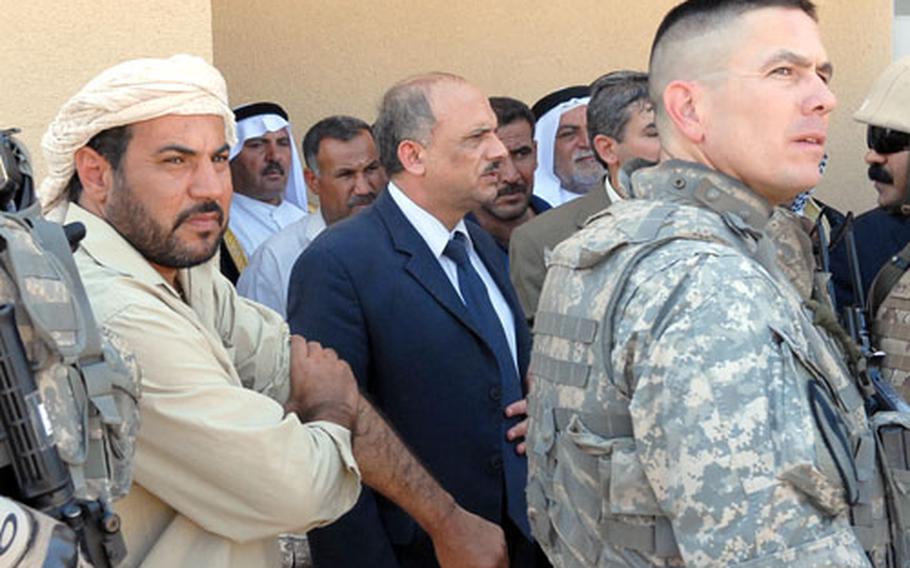 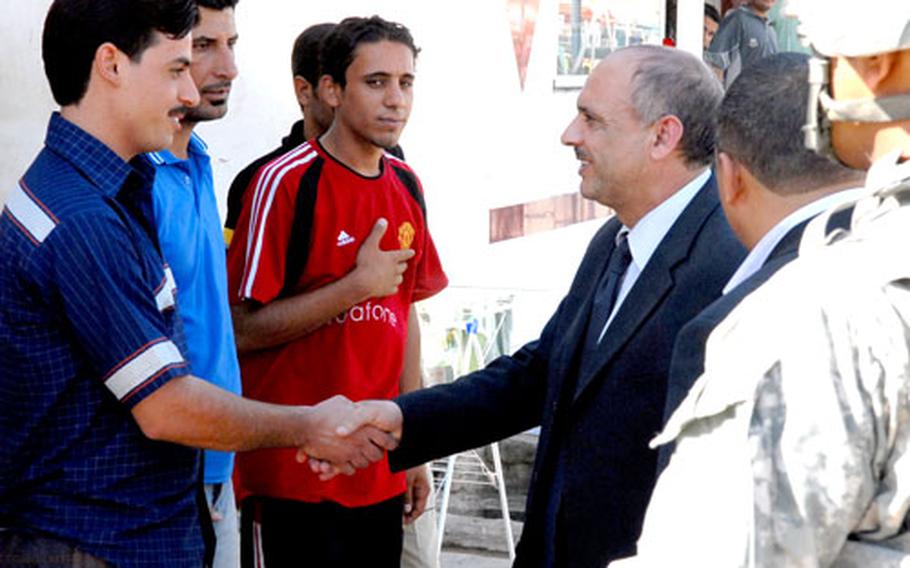 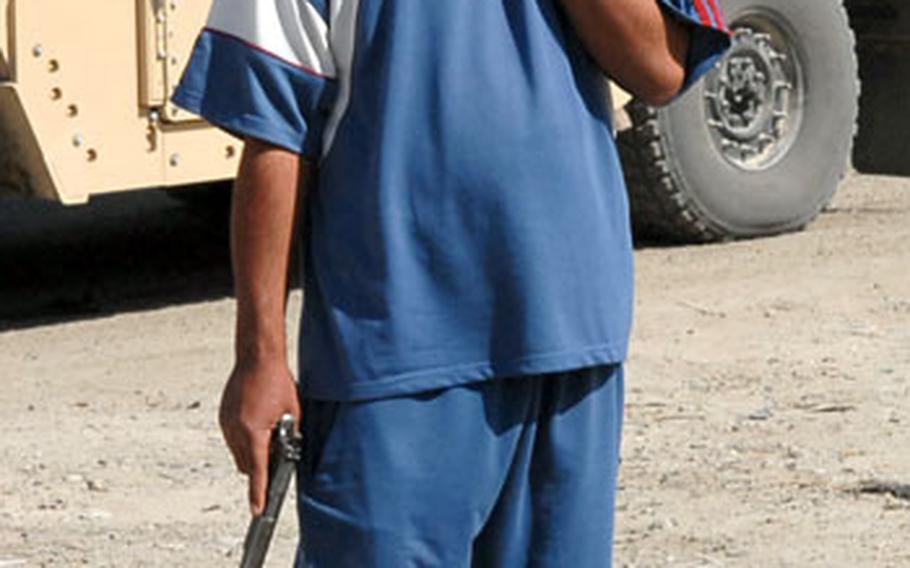 One of Abu Azzam&#39;s "Volunteers" watches over the visit of Baghdad Governor Hussein Al Tahan in the town of Nasr Wa Salam. (Zeke Minaya / S&S)

NASR WA SALAM, Iraq &#8212; At a quick glance, the scene was standard political theater: a government official strolling a street, shaking the hands of his constituents.

But this was Iraq, and the gesture was not so simple.

On Monday, Baghdad provincial governor Hussein al-Tahan strolled through a commercial strip of Nasr Wa Salam, stopping to talk to residents. Up until a few months ago, his walk would have been impossible. The streets would have been too dangerous and some of the men protecting him on Monday would have been more likely to harm him than assure his safety.

But the Shiite politician was warmly welcomed in the predominately Sunni area, thanks to the crafting of alliances by U.S. military leaders that has also led to the revitalization of what was once an al-Qaida in Iraq stronghold.

Al-Tahan was protected not only by U.S. soldiers but also by a local, mostly Sunni contingent dubbed the &#8220;Volunteers.&#8221; They are led by a man named Abu Azzam who has turned from resisting &#8212; if not outright fighting &#8212; coalition forces to siding with them against Islamic extremists.

Azzam joined the governor on the tour of the streets and was greeted with as much fanfare.

The partnership between the coalition and the Volunteers has yielded gains in security that made it possible during the governor&#8217;s visit to talk about infrastructure projects and restoration of services and not about bombs and bullets, U.S. military leaders said.

But the natural enmity between groups, specifically the mostly Sunni Volunteers and the mostly Shiite Iraq security forces, is never far from the surface and is a constant threaten to progress in the area.

Lt. Col. Kurt Pinkerton, who commands the 2nd Battalion, 5th Cavalry Regiment in Abu Ghraib, has said that the turning point in the struggle for the sympathies of the region came last September, when al-Qaida in Iraq declared the establishment of the Islamic State of Iraq.

Pinkerton and other U.S. military leaders in the sector took advantage of the rift to reach out to local sheiks and, soon after, the Volunteers began to take shape.

&#8220;They were willing to stand up to al-Qaida,&#8221; Pinkerton said on Monday as he walked alongside Tahan through Nasr Wa Salam, a town of about 100,000 in the Abu Ghraib district west of Baghdad.

Though al-Tahan was willing to share the stage with Azzam, there was no outright embrace. There have been loud complaints from the Shiite-led government in Baghdad over the deputizing of Sunni groups by American forces. Hayder Mohammed, al-Tahan&#8217;s chief of staff, said the governor had only just met Azzam on Monday.

More than once, U.S. soldiers have had to stand between the Volunteers and Iraqi security force to keep the peace.

Pinkerton, in an interview with The New York Times, said about a month ago an Iraqi army brigade that was predominantly Shiite was moved from the area and told to stay away from Nasr Wa Salam. He added that he believes the Iraqi soldiers remain intent on preventing Sunni Arabs, a majority in Nasr Wa Salam, from controlling the area.

&#8220;It hasn&#8217;t come to firing bullets yet,&#8221; Pinkerton told the New York Times. On Monday, Pinkerton said that Shiite militias have been trying to push into the area and recently the provincial government mandated a new, all-Shiite council installed for the city of Abu Ghraib.

But families once pushed out the region have been returning, encouraged by the improving security, he said.