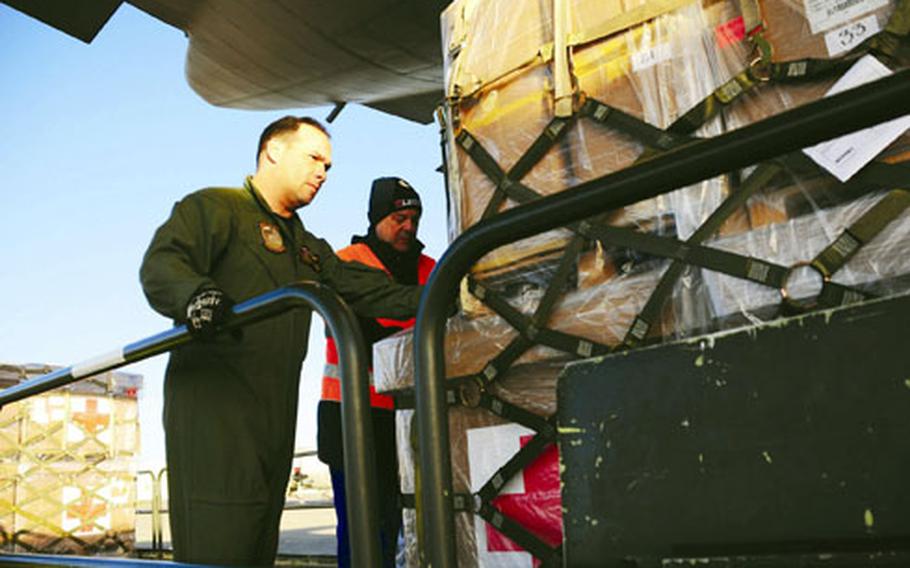 The disaster, the effects of which are still affecting the local population 20 years later, was a unique turning point in the United States&#8217; relations with the Soviet Union, which included Armenia as part of its territory.

On Sunday, in remembrance of the tragedy and the response to it, an Armenia-bound U.S. Navy C-130 took off from Sigonella with eight triwall pallets of medical supplies and 250 sets of firefighting uniforms. The project, coordinated by the U.S. Embassy in Armenia and the U.S. European Command&#8217;s humanitarian assistance branch, was a way to commemorate the Armenian earthquake of 1988.

"We wanted to show solidarity with the Armenian people and also highlight the U.S. role in helping. We thought, why don&#8217;t have a flight to bring in assistance, just like the flights pouring in on the days and weeks after the real earthquake," Mittnacht said.

The medical supplies will be distributed to four hospitals in the area impacted by the earthquake. The firefighting equipment will go to the country&#8217;s rescue service.

"We were very happy we were able to participate 20 years ago as we are again this weekend," said Navy Lt. Cmdr. Corey Barker, a EUCOM spokesman.

The mission was a short one, with the flight crew taking off early Sunday morning and returning that evening. The crew was greeted by U.S. and Armenian officials on the ground at Zvartnots Airfield.

Though largely symbolic, the trip was the second humanitarian mission into the Caucuses this year. In August, EUCOM brought aid to Armenia&#8217;s troubled neighbor to the north&#8212;the Republic of Georgia.

While the mission to Armenia 20 years ago represented something of a breakthrough with the Soviets, the mission to Georgia was set against a backdrop of rising political tension between the U.S. and Russia.

Back in 1988, the U.S. provided $9 million in assistance to Armenia in the immediate aftermath and another $41 million poured in from private U.S. donations. The United States, over the next 15 years, would spend an additional $35 million to help Armenia rebuild housing. That effort resulted in homes for 7,000 families, Mittnacht said.

The earthquake, which registered 6.9 on the Richter scale, leveled the city of Spitak. It also caused significant damage to surrounding cities. In all, a million people were affected by the disaster.

Today, 6,000 families are still either homeless or stuck in makeshift shacks, according to local Armenian reports. Indeed, the quake remains an emotional subject in the country.

"There are still so many people alive today who lost family members. People who lost parents and children. You can still see a lot of the earthquake devastation in those towns. The economies in those areas have never really fully recovered," Mittnacht said.