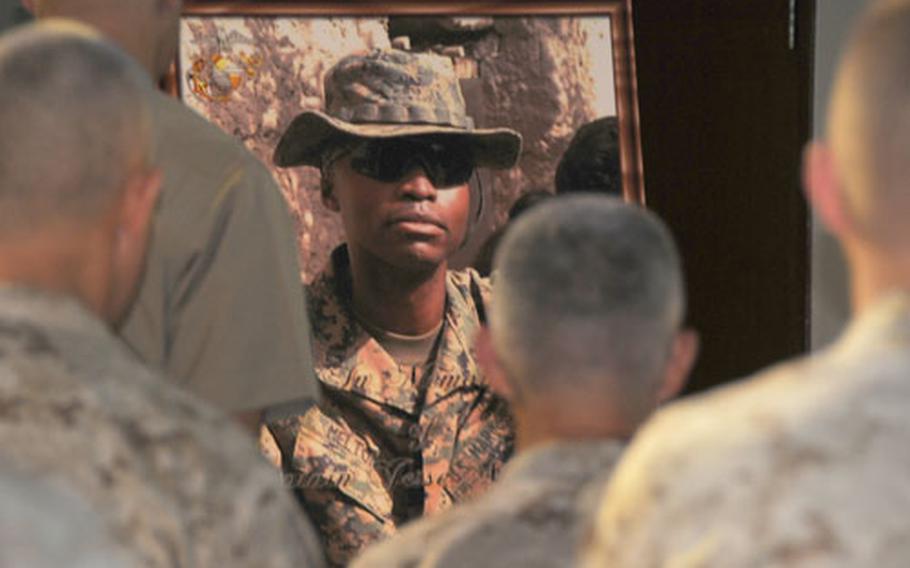 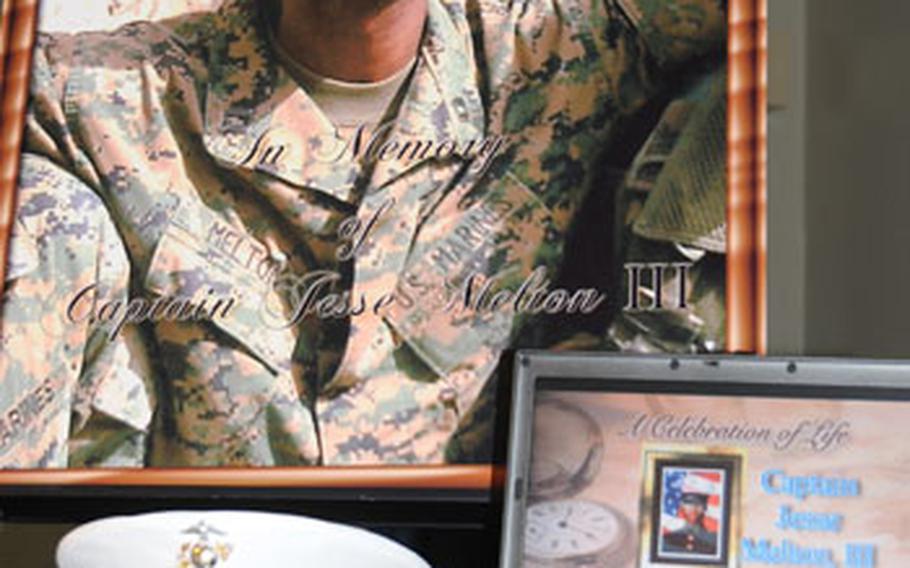 CAMP HANSEN, Okinawa &#8212; He chose to serve a country for which he was willing to make the ultimate sacrifice, fellow Marines said.

Before his March deployment to Afghanistan, Capt. Jesse Melton III told friends and family that he had a bad feeling about the deployment, 1st Lt. Richard Ruiz told Marines and friends during Melton&#8217;s memorial service Wednesday on Camp Hansen.

Melton, 29, and 1st Lt. Nicholas A. Madrazo were killed Sept. 9 when their vehicle struck a roadside bomb in Parwan province, where he was embedded with the Afghan National Army.

"He could have gotten out of it, but he still chose to go," said Ruiz, a fellow communications officer with 12th Marines, 3rd Marine Division.

Ruiz recounted that Melton told his mother, "If anything happens to me, don&#8217;t blame the government. It was my choice."

A friend, Capt. Rennie R. Givens, described Melton as "one of those gregarious, outgoing, sociable people who didn&#8217;t go out of their way to make friends with you. He was just your friend."

Givens remembers Melton as living life to the fullest. "Jesse lived his life. If you shed tears for him," Givens said, "it&#8217;s not for Jesse. It&#8217;s for us. "Please just honor his sacrifice by living your life," Givens said.

Melton was buried at Arlington National Cemetery in Virginia, where Madrazo was scheduled to be buried Wednesday.

When paying tribute and praying for Melton, "remember the team of 21 cut down to 18 ... remember Lt. Madrazo and the doc who fell with Jesse," said 12th Marines commanding officer Lt. Col. Curtis L. Williamson III.