A runner without peer — and that's the problem 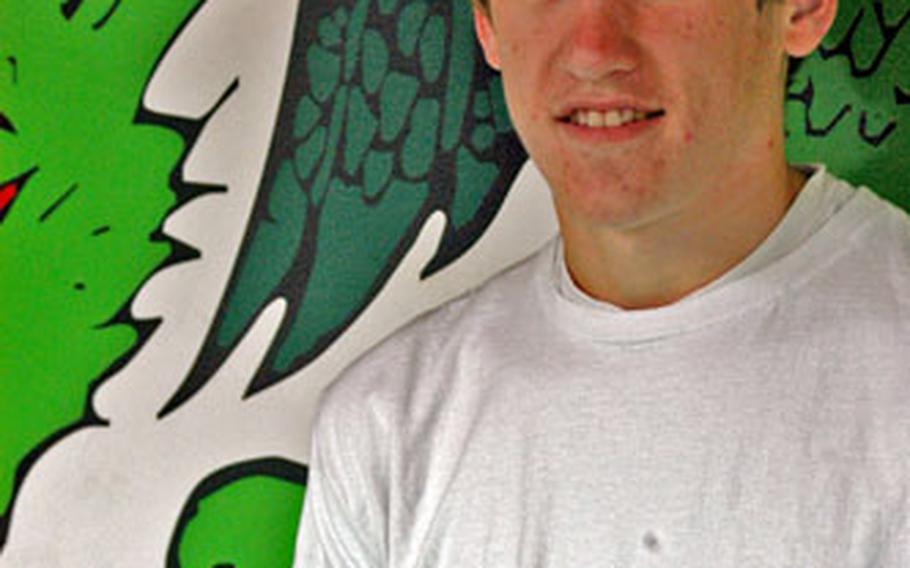 RAF ALCONBURY &#8212; For competitors in the traditionally lonely sport of trail running, joining a cross country team can offer a respite from the miles of solitude that define the daily grind of the event.

Friends and opponents are there to break up the pace on a practice run, to chase down or fend off in the final yards of a race.

But for Alconbury High School senior Landon Kemp, a combination of talent and location means the 17-year-old senior almost always runs in an odd, competitor-free limbo.

Kemp is not quite fast enough to keep pace with several top runners from the large-school division. But he far outstretches most opponents in his own category &#8212; occupying an isolated position at the front of his races that virtually never allows him to run neck-and-neck with anyone.

Caught in a void behind a standout runner from Lakenheath High School and, essentially the rest of the pack, Kemp said the circumstances often hurt his time in a race. That problem became acute in last year&#8217;s Department of Defense Dependents Schools&#8217; European championships in Germany.

Set in a group with runners in both the small-school division and the large-school category, Kemp said he at first tried to keep up with the top runners to try and push himself, an effort that saw him turn in a 4:45 first mile on the roughly three-mile course.

But the furious pace quickly got the better of him.

Even in practice, where Alconbury this year is fielding its largest boys team ever with eight runners, Kemp said he&#8217;s basically on his own.

Still, boosted by a summer of hard training with sessions starting around 5 a.m., the 2005 cross country season has seen Kemp&#8217;s times falling.

To do that, he&#8217;s added a new physical element to his weekly schedule of practice runs and soccer games with the English team he plays on. He swims laps at a local indoor pool.

The extra training is part of a regimen he hopes will lead him to Auburn University in his native Alabama next fall, he said, though he plans to run for a team wherever he goes to college.

But first, Kemp has his eyes set on retaining his position as the fastest small-school cross country runner in DODDS Europe.