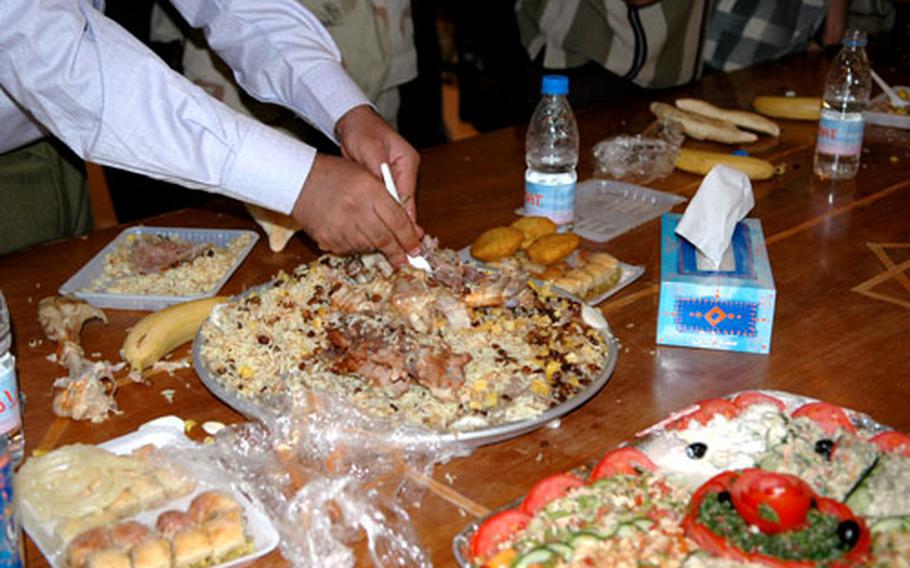 Celebrants dig into a feast, marking the end of the day’s Ramadan fast. (Anita Powell / S&S)

Celebrants dig into a feast, marking the end of the day’s Ramadan fast. (Anita Powell / S&S) 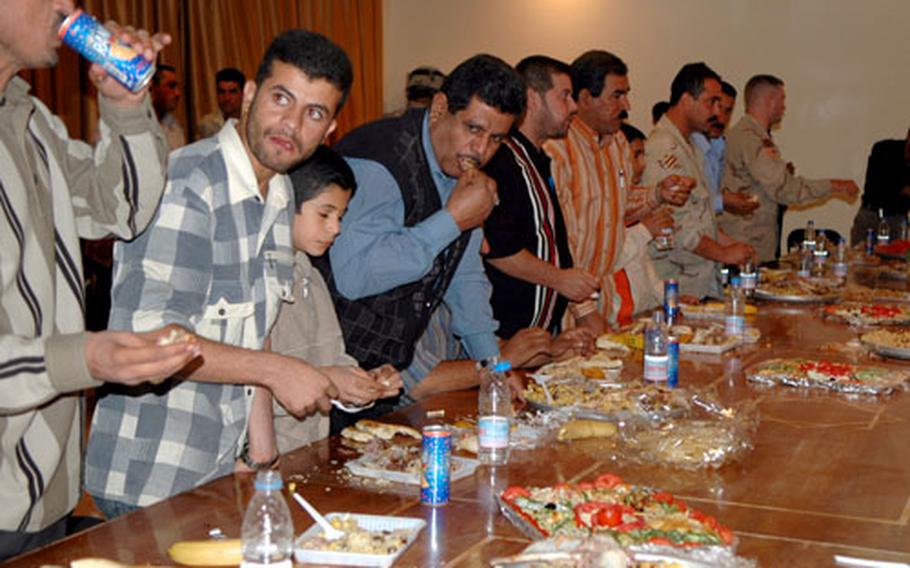 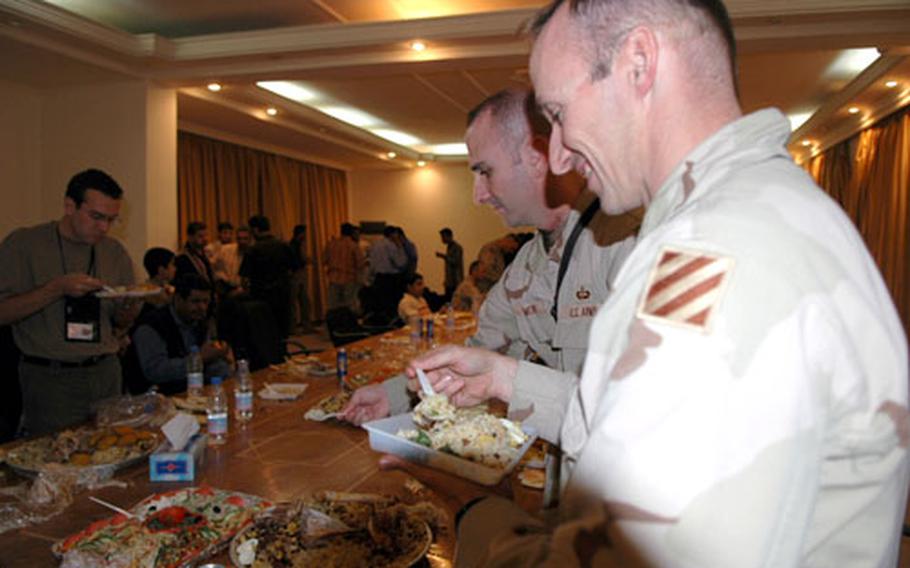 Local Iraqi leaders and U.S. Army officials dig into a feast celebrating the end of the day’s Ramadan fast. The occasion was further sweetened by the announcement of the passage of the Iraqi constitutional referendum. (Anita Powell / S&S)

BAGHDAD &#8212; Amid plates overflowing with food and an atmosphere of conviviality, local officials and American soldiers on Tuesday night welcomed the end of the day&#8217;s Ramadan fast and the dawn of what many cautiously hoped would be a new era for Iraq.

The announcement of the passage of the Iraqi constitutional referendum Tuesday afternoon added extra levity to the already boisterous feast, which drew about 30 soldiers and local elected leaders.

The Iraqis present voiced unanimous support of the referendum results, although many pinned their hopes on the Dec. 15 elections, when Iraqis will vote on new national leadership.

Sheik Majid Mohammed, a member of the Sindabad neighborhood advisory council, said he was pleased, but cautious, about the constitution&#8217;s success.

It seems fitting, somehow, that the nexus of this change in Baghdad is located inside a gaudy symbol of the former regime. Members of the Karada district advisory council meet weekly to discuss local and national issues inside a home formerly occupied by Saddam Hussein&#8217;s oldest daughter.

But the Iraqis&#8217; single biggest concern &#8212; security &#8212; remains at the forefront. Many Baghdad residents voiced concerns that the nation&#8217;s security problems won&#8217;t necessarily abate after the Dec. 15 election.

&#8220;We just feel afraid of one thing: that the next elections will pass and the coalition forces will have to leave and the situation will get bad again,&#8221; said Thaar Mussen, a 36-year-old contractor from Zafraniyah who attended Tuesday&#8217;s feast.

When told that coalition forces did not intend to stay in Iraq permanently, he nodded in assent and looked at a nearby soldier.