A moment that changed everything 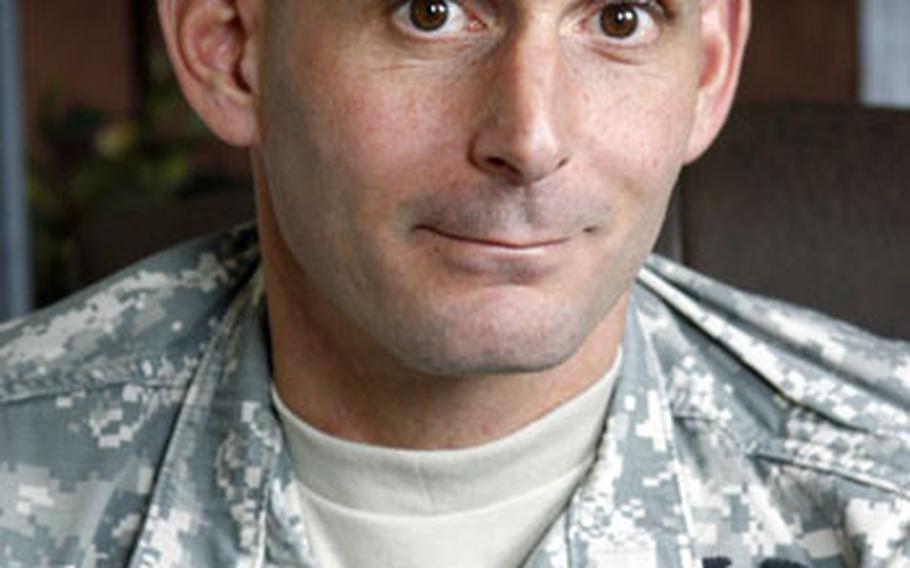 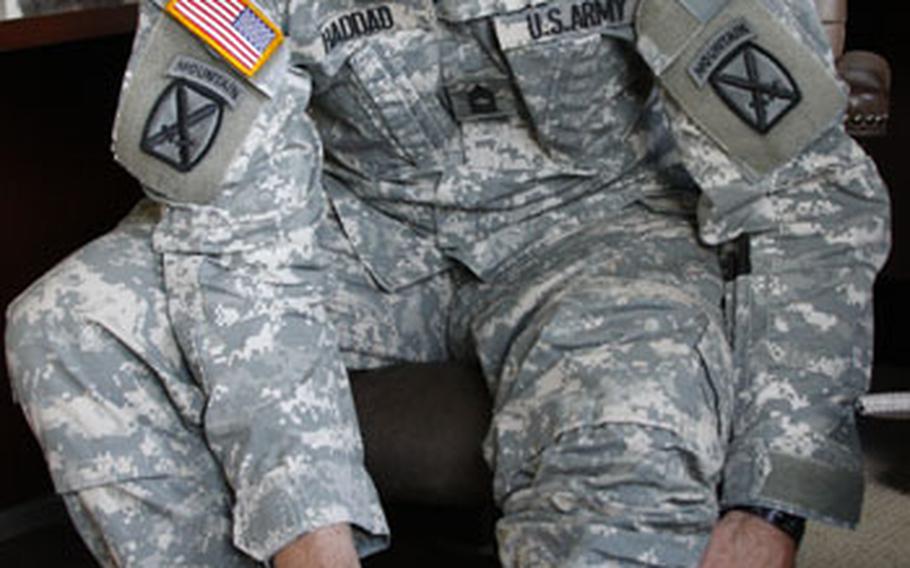 Master Sgt. Rick Haddad shows the scars from the wounds he received in a truck bombing in Iraq. (Joe Gromelski / Stripes)

In the video, you can just barely make it out through the haze. It was a small blue truck, sitting outside Patrol Base Bushmaster for a half-hour or more.

Another vehicle pulled up, and a passenger inside the truck slid out, got into the second car and drove away.

Just then, 1st Sgt. Rick Haddad ordered Staff Sgt. Tyler Pickett to open the gate to let some Iraqis leave. The blue truck started to move and then sped up as it neared the gate.

Everybody knew what was going to happen.

"By the time anybody saw it, all they had time to do was run," said Sgt. David Johnson, who took a break from a law career to see combat. Johnson was a key player in the unit and has watched the video numerous times.

The bomb killed Pickett, a husband and father of two, who was supposed to be home on leave. It ripped open Haddad&rsquo;s left side and left the three-time Bronze Star recipient permanently disabled. It wounded nearly 20 other soldiers of Company B &mdash; nearly a third of those on the base &mdash; including one young Ranger who wasn&rsquo;t even evacuated at first; he shook constantly and has never returned to the unit.

"As it blasted, it blew off all the doors of our [containerized housing units], pretty much destroyed everything," said 1st Lt. Justin Burgess. "It was so loud, everybody&rsquo;s hearing was [screwed] up. There was dust everywhere you could see.

"We see the MRAP on fire, a 20-foot crater in the ground, and Pickett is. &hellip; We didn&rsquo;t know it was Pickett. We had to get his ID card out. &hellip; There was blood everywhere."

The bombing maimed the Iraqis about to leave the base &mdash; one turned up months later minus an eye and with a gruesome wound to his throat. The bomber was blown to pieces, which the soldiers kept finding around the base for weeks.

"The whole mentality then, and the whole relationship, was changed. You&rsquo;d be a fool to trust them again," Johnson said.

The VBIED, as the Army calls vehicle-borne improvised explosive devices, came after a year of the company&rsquo;s counterinsurgency efforts. There had been innumerable "chai ops," meetings with tribal leaders and local councils over tea. There had been projects and foot patrols and a reconciliation process that brought in insurgents and gave them a paycheck for manning checkpoints. As a result, there had been by one count an 80 percent reduction in roadside bombs.

"We had remodeled the school," Lee said. "The day before we had a soccer game with the locals."

The bombing put an end to all that.

"It was never the same. It was very hard. The guys would be very standoffish with the locals," Lee said. "It&rsquo;s so hard for the guys to get past an event like that."

"We still did whatever we were told to do," Johnson said. "If they told us to do a backpack handout, we did it because we were ordered to do it. But the mentality was different."

It was never determined who had planned and carried out the bombing. But the reconciled Sunni "Sons of Iraq," who worked at a checkpoint by the gate, were implicated.

"It had to have been reconcilee-aided," Lee said.

Afterward, Lee went to the local tribal leaders in the former Sunni stronghold, who denied involvement.

The unit never knew if further investigations happened. Despite all the law-enforcement types working in Iraq &mdash; former FBI agents, military investigators and the like &mdash; apparently no one was sent to track down those responsible, Johnson said.

"Lieutenant Holmes and I seemed like the only ones interested," he said. "I have no investigating experience. We did a dozen interviews. We couldn&rsquo;t separate fact from fiction. We never found out who it was."

But force-protection deficits soon became apparent. Barriers were not in place, Johnson said. There was no guard tower, no one to shoot the driver.

"It was a big tactical error," he said.

Afterward, the base was a disaster, he said. Computers didn&rsquo;t work, communications were difficult. Everybody felt terrible. But people came through.

In the first few nights after the bombing, Lee ordered that mortars be fired every half-hour for five hours as a show of force. It was not a popular decision.

"Large explosions, all night long," Johnson said. "You couldn&rsquo;t sleep, and if you did fall asleep you woke up with the thought it had happened all over again."

Many soldiers had trouble sleeping at the base even after the mortars stopped.

"I couldn&rsquo;t sleep there," Sgt. Chris Bartell said. "I really had some issues. Everything would get on my nerves. As soon as I&rsquo;d get off the patrol base, I&rsquo;d be all right."

"The fear never went away. I always walked a little faster as I passed the front gate," Johnson said. "After the VBIED went off, everybody was rocked. You think, &lsquo;I could be dead tomorrow.&rsquo; "

The base was rebuilt, renamed for Pickett, and on Sept. 4 it was turned over to the Iraqi army.

"It&rsquo;s been an honor serving with you," Lee told the Iraqis. "We have sacrificed much so that the people of the Rashaad Valley and al-Noor village can live in peace. I have complete faith that you will carry on our mission here with distinction."

Haddad is no sentimentalist.

"Being blown up does not make you a hero," he said.

But he also said that the horror-filled moments of the bombing were followed by the most valiant ones of the deployment.

His medic saved his life. Then, because poor visibility meant no helicopters, two patrols raced the wounded in MRAPs to FOB Warrior, usually a 30-minute trip. They did it in 15 minutes.

Not all the wounded left the base that day.

One sergeant whose head was bleeding, quite a lot, Johnson said, just refused to go so that he could help others.

"All the training, it was worth it for that one moment," Haddad said. "That&rsquo;s the take-away. They did great when it counted."