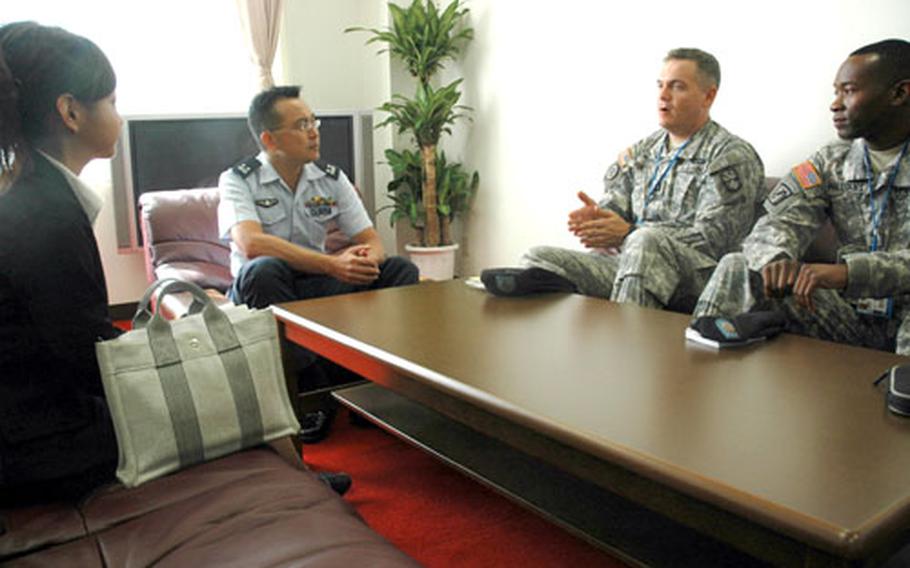 The United States and Japan have worked together on ballistic missile defense systems for more than a decade.

Three years after the relationship started with joint research in 1995, North Korea launched a missile over Japan. Several more were fired in July 2006, splashing into the sea between the two countries.

Japanese military experts say North Korea&#8217;s actions and proximity have spurred Japan&#8217;s investment in missile defense. At the same time, the U.S. military sees Japan as a model for similar relationships around the world.

&#8220;Our partnership with the government of Japan has proven to be a model of cooperation,&#8221; the U.S. Missile Defense Agency wrote in its budget overview for fiscal year 2008.

According to the MDA, the United States is working with Poland and the Czech Republic about the possibility of putting missile defenses in their countries. Already, the U.S. has air defenses in the United Kingdom, Japan, Okinawa and South Korea.

Japan participates in ways beyond providing sites for U.S.-run systems.

The Japanese defense force regularly sends groups to the U.S. to train with Army air defense troops. And the country has set up 24 of its own Patriot missile units around the country, according to Lt. Col. Masaru Ohta, commander of the 21st Air Defense Missile Squadron in Shariki, Japan.

Experts say Japan&#8217;s investment fits in with the country&#8217;s constitution, which allows the country to defend itself but prohibits launching an offensive attack.

Yet despite this investment, some question the likelihood that North Korea has the ability to put a nuclear warhead on a missile. Instead, military experts like Tetsuo Maeda say the real threat is China.

Maeda said Japan, along with South Korea and Taiwan, are among few countries that can afford to buy the U.S. missile defense equipment.

For now, Japan is studying whether its constitution allows the country to shoot down a missile headed to the United States. Former Prime Minister Shinzo Abe created an advisory panel in April to recommend what Japan should do if it detects a missile targeting the United States.

With Abe&#8217;s resignation in September, it is hard to tell what the panel will recommend and how the new prime minister, Yasuo Fukuda, will handle the recommendation, experts said. Maeda and Shikata said they believe that as long as Fukuda&#8217;s Liberal Democratic Party stays in power, Japan&#8217;s missile defense policy will remain on its current course.