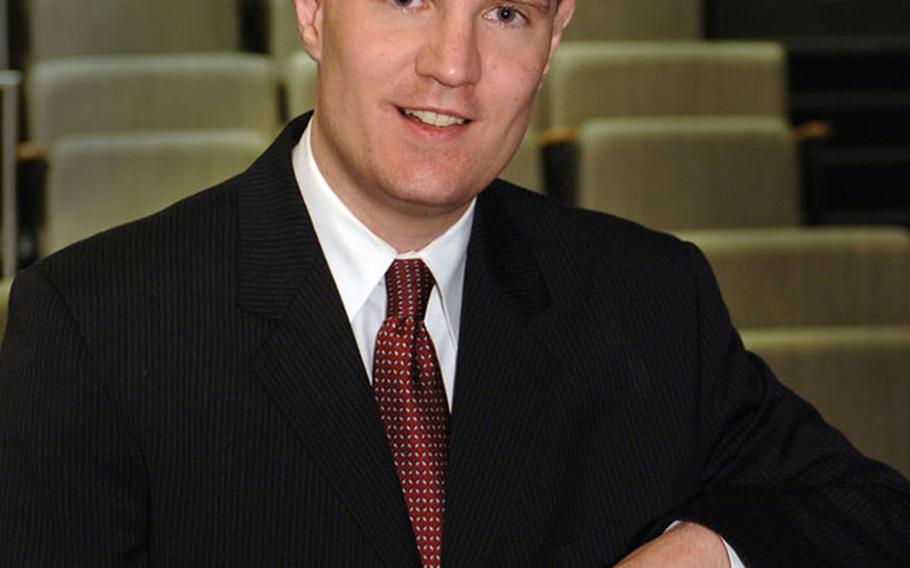 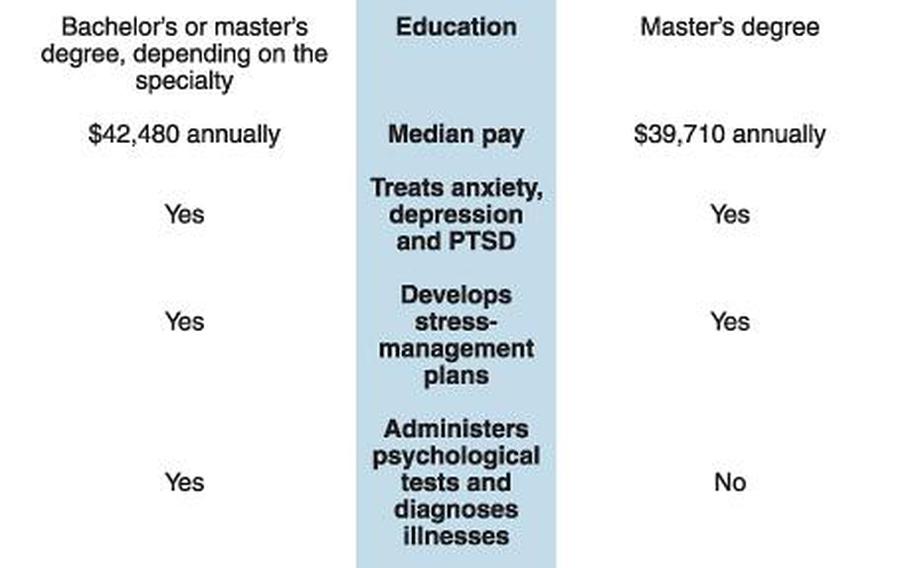 WASHINGTON &mdash; John Emmons works as a mental health specialist for the Army in Afghanistan, but he can&rsquo;t get a job doing the same work for the Department of Veterans Affairs back home.

Until last month, the department had no official standards or policies for hiring licensed professional counselors, a sizable subset of America&rsquo;s mental health industry.

VA officials in recent years have lamented the nationwide shortage in mental health specialists, and blamed that in part for their own struggles to fully staff veterans care offices. Even as wait times for appointments have steadily climbed from weeks to months, licensed professional counselors remained willing but largely unable to help.

The VA has almost 1,500 vacancies nationwide for mental health specialists. Emmons has extensive experience handling cases of combat-related depression and post-traumatic stress disorder, and though he has a master&rsquo;s degree in psychology, VA hiring officials wouldn&rsquo;t even consider him for most positions without an advanced degree in social work.

Both social workers and licensed professional counselors have similar schooling, credentials and treatment techniques, but of the two, only social workers are authorized to administer psychological tests and diagnose illness.

In 2006, Congress approved the use of LPCs and licensed marriage therapists as mental health specialists within the VA&rsquo;s health care programs. It took nearly six years for the VA to produce an 11-page addendum to the department&rsquo;s qualification standards handbook &mdash; covering things like credentials, pay, advancement standards and licensing procedures &mdash; along with establishing a professional standards board to handle employment and promotion reviews.

Critics grumbled that the process plodded unnecessarily, noting that draft standards have been under review since September 2010. Dr. Bradley Karlin, the VA&rsquo;s national mental health director for psychotherapy and psychogeriatics, insisted that the process was as speedy as possible while still being thorough. He pointed out that approving chiropractors for practice in VA programs took just as long.

&ldquo;Now that we have that done, we can start to facilitate the hiring of these folks,&rdquo; he said. &ldquo;In terms of our core services, it shouldn&rsquo;t be about who has what discipline. It should be about getting the right highly skilled provider to the veterans.&rdquo;

The VA employs nearly 21,000 mental health staffers across the country. The majority are nurses, psychiatrists and psychologists. About 9,000 of them have degrees in social work and handle a range of counseling and therapy services, as well as patient assessments and care logistics.

Dr. Mary Schohn, director of the VA&rsquo;s office of mental health operations, said the goal is to &ldquo;have on board a full range of disciplines, to ensure veterans&rsquo; health and well-being.&rdquo;

Terrazas called that a positive development, but he noted that, even with new policies in place, department hiring officials haven&rsquo;t specified precisely how many open jobs will be available to LPCs.

&ldquo;Most of that hiring is still done at the local level,&rdquo; Terrazas said. &ldquo;If they only want to hire social workers, then that&rsquo;s all they&rsquo;ll hire.&rdquo;

Schohn said officials don&rsquo;t want to specify exactly who or how many specialists of a specific background should be hired, because it could hamstring local hospital and clinic efforts to get the best personnel in place.

VA officials have said they&rsquo;ll target LPCs as they try to fill 1,600 new mental health positions that will be created in the department over the next year, as well as the 1,500 existing openings.

Earlier this month, they announced an &ldquo;aggressive national recruitment program to implement the hiring process quickly&rdquo; and to target specialists of all backgrounds, especially those in rural or underserved areas.

&ldquo;The VA could use these [licensed professional counselors] in a number of roles, but instead they&rsquo;ve just been dragging their feet,&rdquo; Terrazas said. &ldquo;We have people who are willing to step up to the plate and help.&rdquo;

Myrna Solganick, an LPC, said she has been looking for the last decade to find an opening to work with veterans.

She currently treats substance abusers through a private practice near Madison, Wis., and sexual trauma victims through a local crisis center. She worked as a specialist for VA re-adjustment programs, helping provide new veterans with, among other things, information on employment services and basic benefits.

&ldquo;I have 35 years&rsquo; experience dealing with mental health care, but when I go back [to the VA] the only jobs open to me are those same re-adjustment services,&rdquo; she said. &ldquo;So I gave up. Why they&rsquo;re recruiting from only one pool of applicants is beyond me.&rdquo;

Terrazas said that&rsquo;s a story he has heard over and over again.

He said many management jobs open to social workers might not be suited for those without clinical supervisory experience. Counseling jobs, group therapy work, care planning positions and a host of other openings should be.

Emmons said he&rsquo;ll return to the U.S. later this year, and plans to look again for openings to continue his work with combat veterans. He hopes the changes promised by VA leadership will happen before then.

&ldquo;If they do, that would be a great step forward,&rdquo; he said. &ldquo;But we&rsquo;ll have to see if they actually open up the hiring or not.&rdquo;