A look at newly established Fire Base Bell, where Marine was killed in Iraq 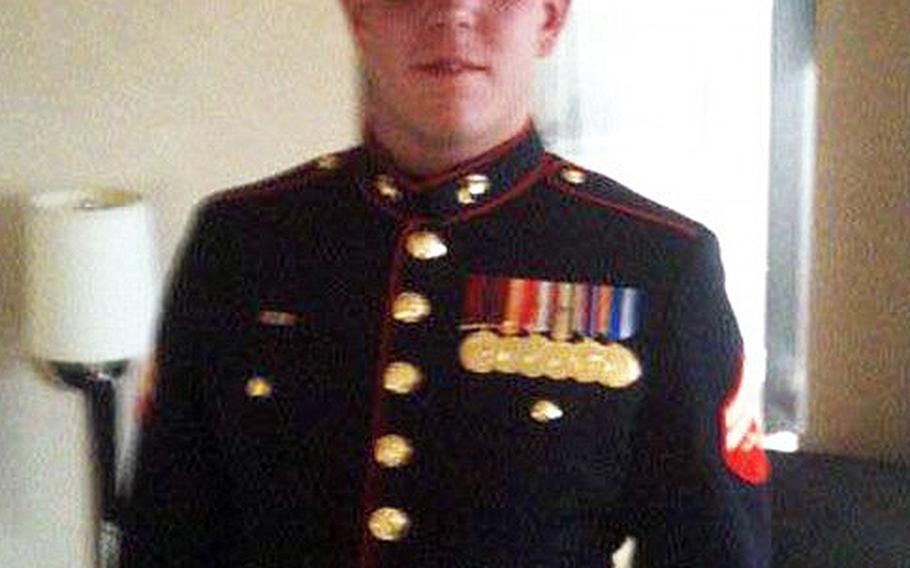 WASHINGTON – A small American artillery base in northern Iraq where a Marine was killed Saturday by an Islamic State rocket had been established quietly days before the attack to provide protection to nearby troops, a U.S. military spokesman said Monday.

Staff Sgt. Louis F. Cardin, an artilleryman with the 26th Marine Expeditionary Unit, was killed and several other Marines were injured in the attack at the newly-established Fire Base Bell, where the American military has placed four 155mm Howitzer cannons alongside infantrymen in a “defensive” role, said Army Col. Steve Warren, a Baghdad-based spokesman for the U.S.-led Operation Inherent Resolve.

The base is near the town of Makhmour and about 50 miles southeast of Mosul, the Islamic State’s capital in Iraq. The U.S. fire base was established to protect a nearby Iraqi base where American troops are preparing the Iraqi Army’s 15th Division for the planned assault on Mosul. The existence of the base was only announced Sunday, after the 27-year-old Cardin died.

It’s the first time since United States troops returned to Iraq in 2014 to support the war against Islamic State militants that American troops have set up such an outpost that is not immediately linked to an Iraqi base. Fire Base Bell is “a few hundred meters” from the Iraqi base, Warren said, but it is not intended to be used in offensive operations against the terrorist organization. Warren declined to say how many Americans were deployed to Bell, but he described it is “a company-sized element,” between 100 and 200 troops from the 26th Marine Expeditionary Unit.

Bell is not a forward-based combat post, Warren said, though Marines have been fired upon there twice in the first few days since they arrived. Warren said the forces are about 9-12 miles behind the front line established by the Iraqi Army.

“A combat outpost is something different,” Warren said. “This is a fire base that is behind the (forward line of troops)… What they are there to do is simply shoot back if someone shoots at them or the forces at Makhmour.”

That was not the case Saturday, when one of two rockets fired at U.S. troops by Islamic State militants hit its target.

“A majority of those who were wounded were immediately returned to duty,” Warren said. “You know, scratches and things. Some Marines were evacuated outside of Iraq for higher-level care and right now, they’re with, of course, probably the best medical capabilities on Earth up at Landstuhl (in Germany).”

Islamic State rocket attacks have not been limited to the newly established base, he said. The militants have routinely shot with limited effectiveness at other locations where Americans are training Iraqi forces, such as al-Taqaddum near Ramadi and al-Assad near Hit.

While the Marines at Fire Base Bell are limited to defending themselves and other troops, Warren did not rule out the use of their artillery in future offensive operations if the Iraqi government were to request it. The Howitzers could be used to support Iraqi forces as they push toward Mosul, an operation the U.S. military has said is still several months away.

Mosul was captured by Islamic State militants in summer 2014, and U.S. war planners have been working toward its recapture for more than a year. In recent several months, U.S. officials have estimated that it needed to train about eight Iraqi brigades – roughly 24,000 soldiers – to retake the city.

The Pentagon will not release the number of U.S. troops in Iraq, Warren said. The U.S. military is restricted to deploying 3,870 troops in Iraq unless the White House authorizes an increase.

The approximately 200 Marines who were sent to Iraq in the last two weeks are not included in the 3,870-troop estimate because the Pentagon has decided to count them as only temporarily assigned there. Warren said he would not provide the total number of permanent and temporary military personnel assigned to Iraq because he was ordered not to do so.