A lofty change of command 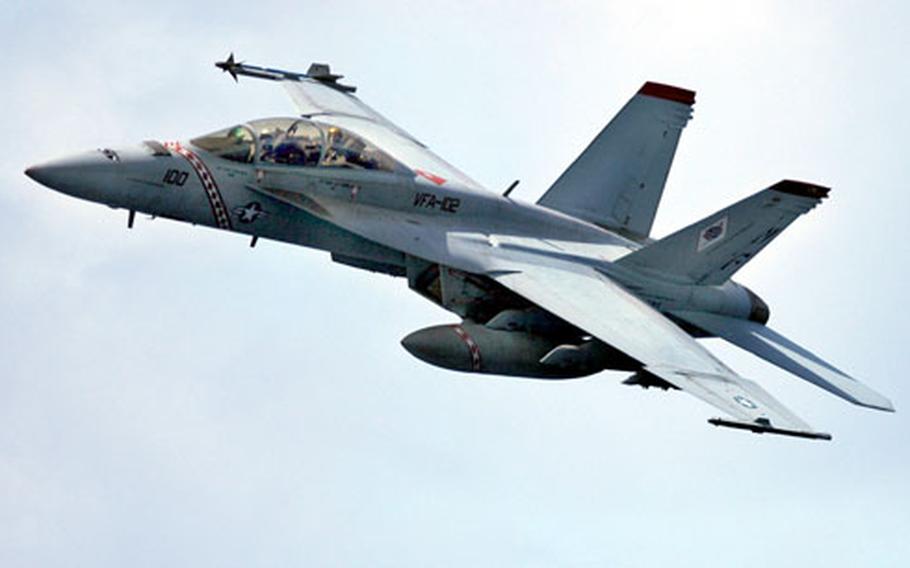 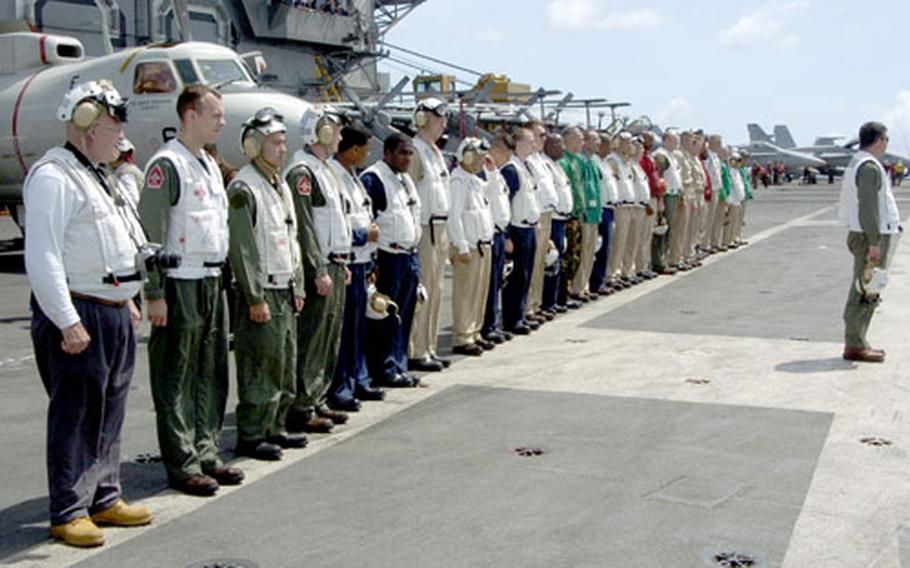 Sailors and civilian guests watch the ceremony on board the USS Kitty Hawk. (Joshua Wayne LeGrand / Courtesy of U.S. Navy) 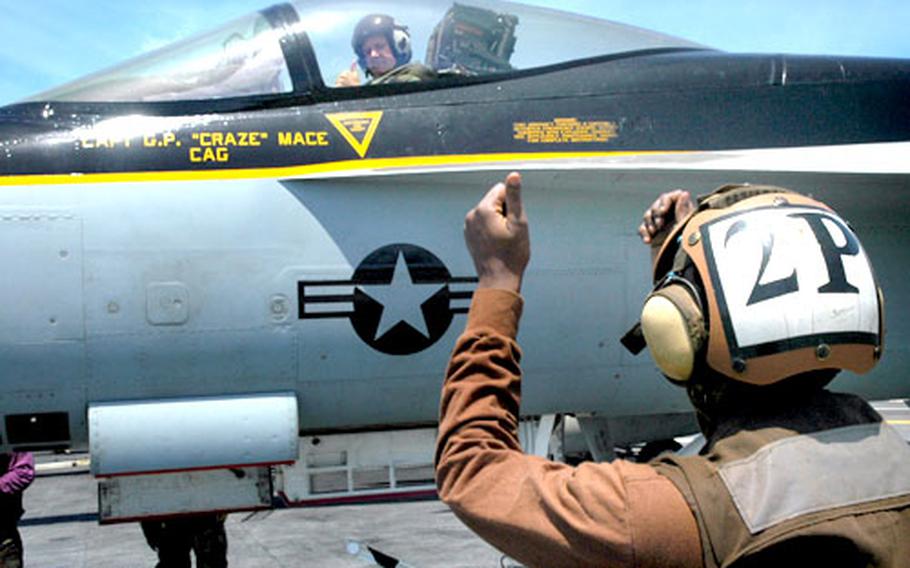 Capt. Garry Mace signals to a plane captain that his aircraft is ready to launch prior to the fly-over change of command. After a two-year tour as deputy commander of the air wing, Mace assumed command from Capt. Joseph Aucoin. (Jonathan B. Foutz / Courtesy of U.S. Navy) Capt. Joseph Aucoin gazes at the flight line before boarding an F/A-18F Super Hornet to conduct his fly-over change of command. (Jonathan B. Foutz / Courtesy of U.S. Navy) 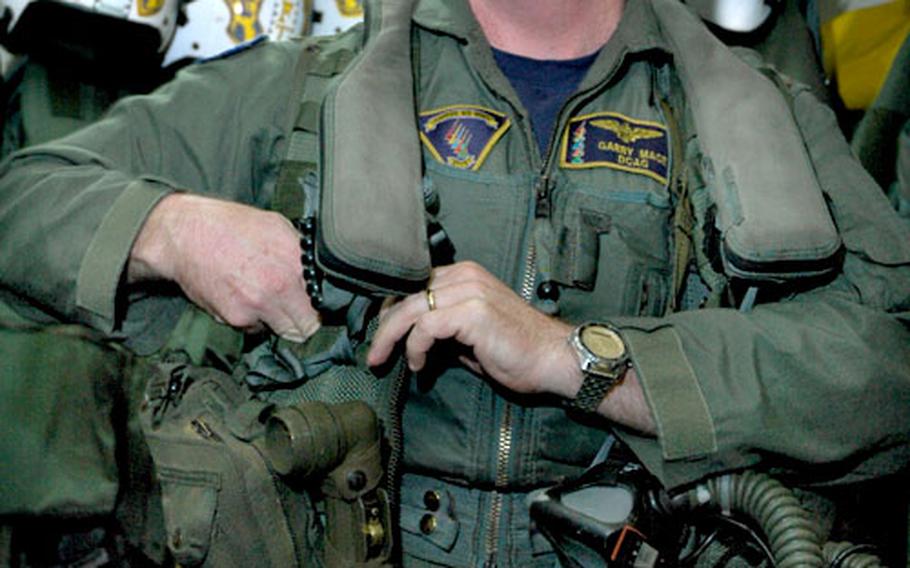 Capt. Garry Mace dons his flight suit in preparation for the fly-over change of command. (Jonathan B. Foutz / Courtesy of U.S. Navy)

In one of the Navy&#8217;s most exciting change of command ceremonies, Capt. Garry Mace assumed control Tuesday of the 2,100-person Carrier Air Wing Five during a fly-by about 500 feet above the USS Kitty Hawk.

The wing is attached to the Kitty Hawk, which on Tuesday was off the coast of Guam, and includes eight aircraft squadrons.

In a written statement to Stars and Stripes, Mace said his goal as commander is maintaining readiness. Air Wing Five is the Navy&#8217;s only overseas-based air wing.

An accident early this year on the ship&#8217;s flight deck caused severe injuries to sailors working there.

&#8220;Naturally, we conduct rigorous operational risk management to mitigate and manage the danger but it&#8217;s always the one thing that keeps me up at night,&#8221; Mace added.

Mace said it&#8217;s essential to keep a carrier stationed abroad to give the Navy flexibility and a faster response to regional security issues.

&#8220;The advantage to having a forward-deployed [carrier strike group] is that you are roughly 10 days ahead of any [group] from the U.S. West Coast. That means you can answer the nation&#8217;s call 10 days earlier than anyone else,&#8221; he wrote.

Maintaining a forward-deployed air wing is even more important than in the past, he said, despite the end of the Cold War.

&#8220;The U.S. has friends and allies throughout the Pacific and in some cases, we are obligated to come to their assistance if the situation requires,&#8221; Mace wrote. &#8220;The U.S. is also a nation with global interests and being forward-deployed enables us to better protect those interests. Finally, as we learned on September 11th: often, to protect our homeland we must operate far from it.&#8221;

As he settles into his new job, Mace won&#8217;t have to do much adjusting to life in Japan.

In 1990, after training in the F/A-18 Hornet, he was assigned to Strike Fighter Squadron 195 at Atsugi and served as squadron training officer and operations and maintenance department head.

In 1996, he joined Atsugi-based Strike Fighter Squadron 27 as executive officer and the following year assumed command of the squadron.

Mace led the squadron during an emergency deployment to the Arabian Gulf with the USS Independence to enforce the no-fly zone over Iraq in 1998.

Mace returned to the States and earned a master&#8217;s degree in national security and strategic studies from the Navy War College. In 2003 he was assigned to the Combined Air Operations Center in Saudi Arabia during Operation Enduring Freedom.