A little off base: Wrap yourself in fitness 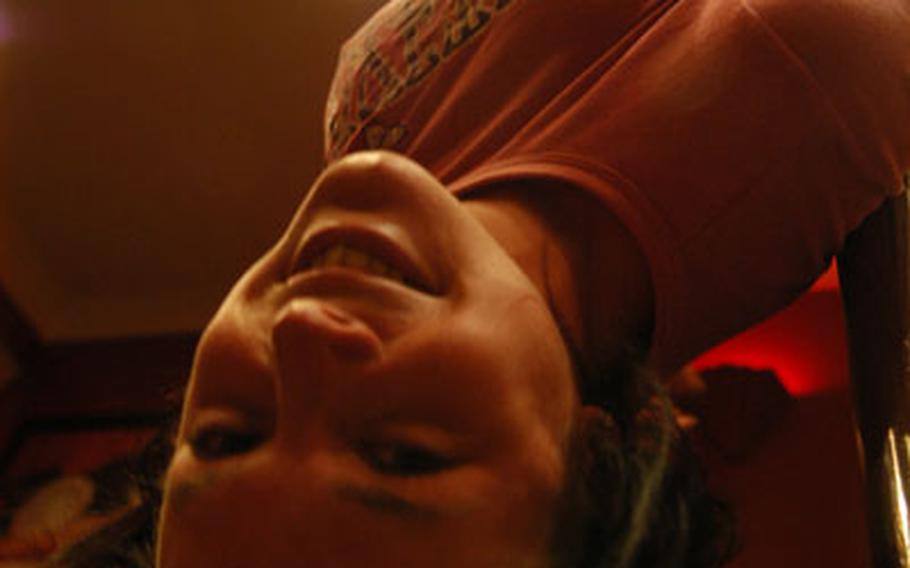 Pole dancing lessons are sprouting up more and more across England, as women like Tess Clarke of Cambridge discover a new, liberating and enjoyable way to exercise. (Geoff Ziezulewicz / S&S)

Pole dancing lessons are sprouting up more and more across England, as women like Tess Clarke of Cambridge discover a new, liberating and enjoyable way to exercise. (Geoff Ziezulewicz / S&S) 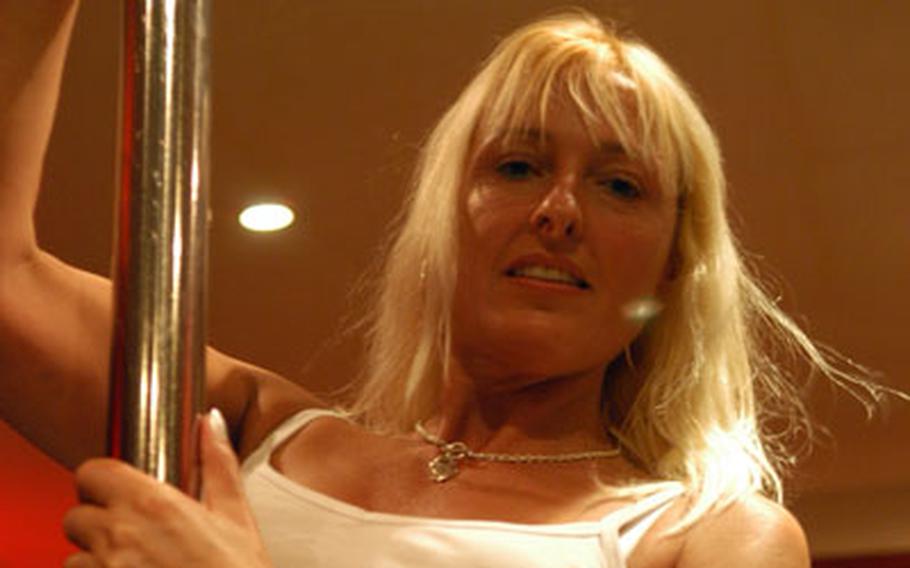 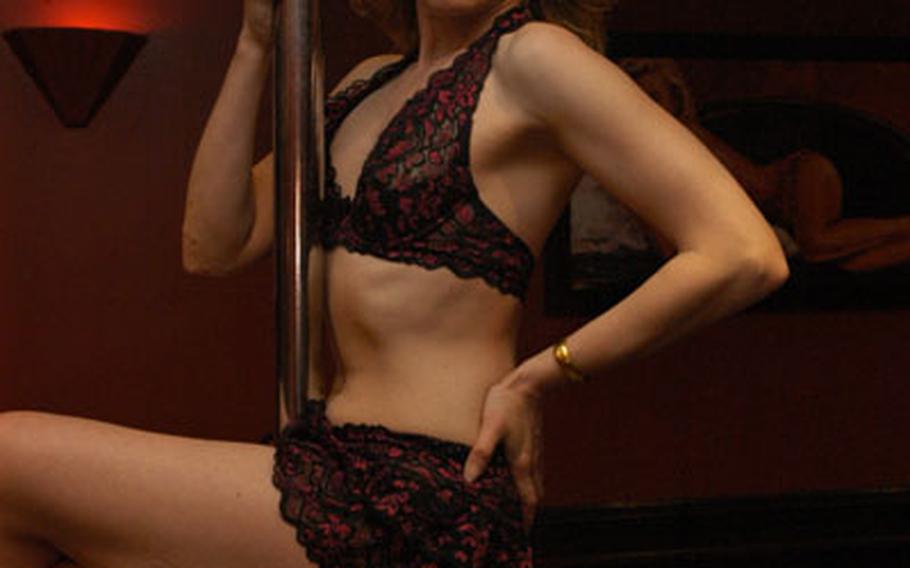 Max Dobroslavic has been teaching pole-dancing classes on and off for about two years. While some critics may deem it too salacious, Dobroslavic emphasizes the fitness benefits of the pole dancing workouts. (Geoff Ziezulewicz / S&S)

CAMBRIDGE &#8212; One woman was a student, another was a young professional in Cambridge, while a mother and daughter were also on hand. Regardless of their roles in the outside world, they all gathered in the basement of a Cambridge club one night last week to do one thing: work the pole. They were at the Cellar Club 8 for a pole-dancing lesson.

The women on hand were quick to point out that all preconceived notions about pole dancing should be left at the front door.

Looking for a new way to get fit and acquire a, ahem, novel skill, more women in England are turning to pole-dancing lessons.

Swinging, hanging and spinning around a pole ends up being a great workout, said Max Dobroslavic, a native of Canada who has been teaching the classes for a few years and was the winner of the United Kingdom&#8217;s first pole-dancing competition in 2001. She also teaches &#8220;hen parties&#8221; with her trusty mobile pole.

The classes are conducted in groups of no more than about seven students, Dobroslavic said, and it&#8217;s no-boys-allowed. Aside from the occasional visit by a male Stars and Stripes reporter, the classes are a female affair, with no guys around to get self-conscious about.

All that pole dancing can also take its toll on the body, with numerous women attesting to various bruises and carpet burns.

Beyond the fitness, the classes are about self-empowerment, Dobroslavic said.

In a way, it&#8217;s part of the evolution of modern womanhood, as women reclaim and benefit from things that may have been viewed as exploitative in the past, she said. The women in attendance at the class all said they felt empowered as well.

And while some other instructors may offer pole-dancing classes for the lads, Marilyn Jones, who attends the class with her daughter, said that men can&#8217;t pull it off quite like women.