A Little Off Base: Visit to Stratford-upon-Avon can teach you a lot about Shakespeare 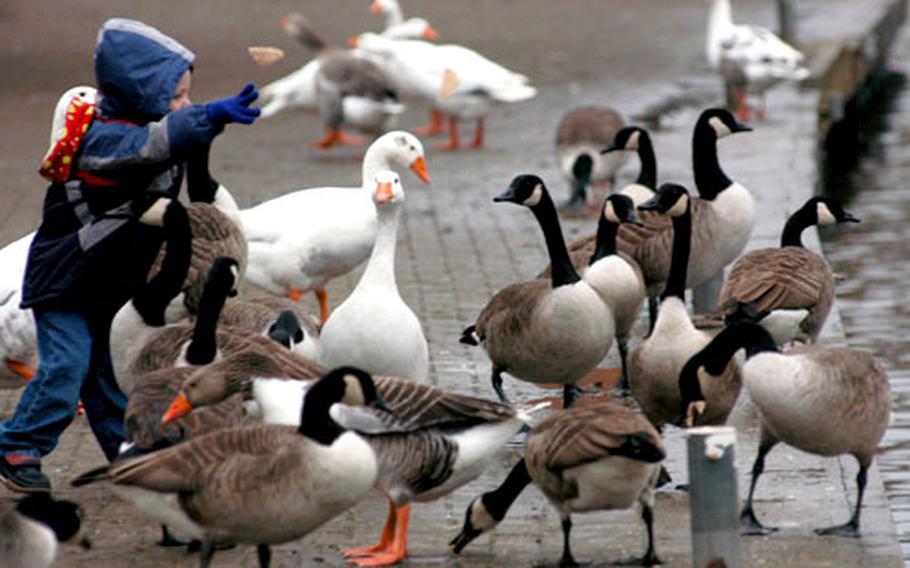 A young boy tosses some bread to the hungry geese that gather on the River Avon, which runs through the center of Stratford-upon-Avon, the birthplace of William Shakespeare. (Ben Murray / S&S)

A young boy tosses some bread to the hungry geese that gather on the River Avon, which runs through the center of Stratford-upon-Avon, the birthplace of William Shakespeare. (Ben Murray / S&S) 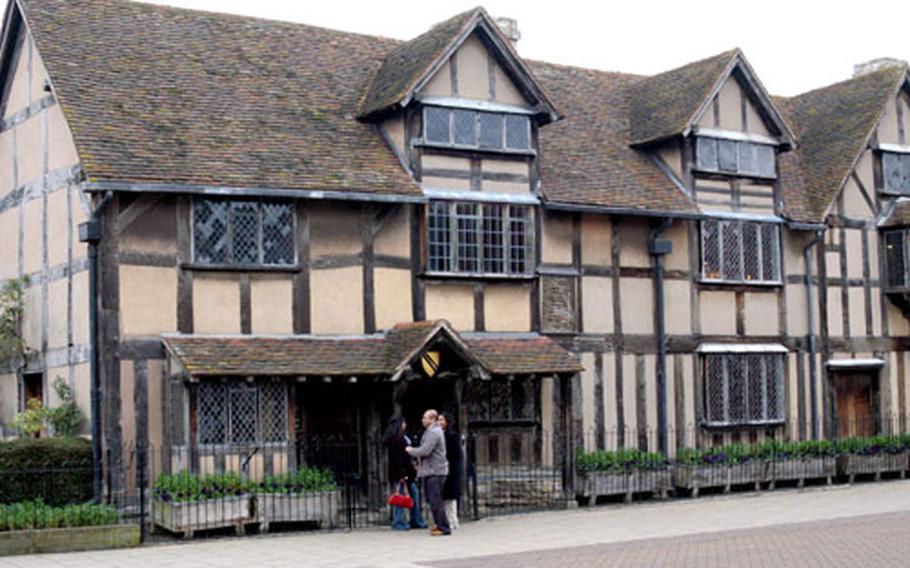 Tourists stand at the front door of the home where the writer was reared in the mid-1500s. (Ben Murray / S&S) Venerated for generations, William Shakespeare doesn’t get quite the same treatment from the birds in his hometown. This statue of Shakespeare sits directly next to the River Avon, which runs through the small city. (Ben Murray / S&S) 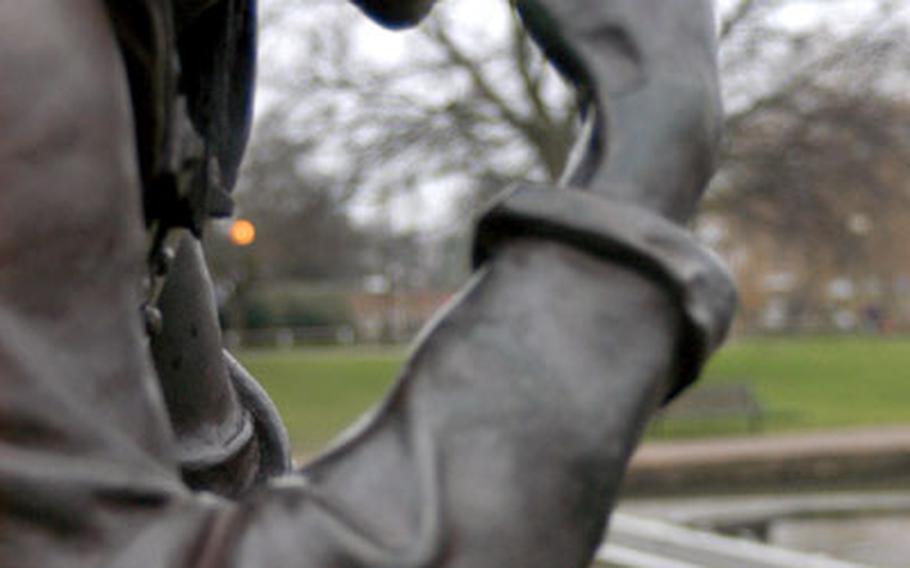 Alas, poor Hamlet, doomed to stare forever into the eyes of Yorick the jester in this detailed statue, one of a set orbiting a cast of Shakespeare himself, set on a pedestal in the middle. (Ben Murray / S&S) Jolly Falstaff, the droll and gluttonous imp of several of Shakespeare&#39;s plays, casts an amusing image in a park on the Avon river. (Ben Murray / S&S)

STRATFORD-UPON-AVON &#8212; All the world&#8217;s familiar with the greatest works of William Shakespeare, his tyrants and his villains, the star-crossed lovers and the mule-headed minstrels.

Now, get familiar with his kitchen table.

Stand next to his bed, ogle his pantry and leaf through his last will and testament.

These (or rather, their reproductions, in many cases) are the kinds of things visitors can see in a day in Stratford-upon-Avon, the cozy little Warwickshire town where the famous playwright is thought to have grown up.

Found in the farmlands south of Birmingham, just a couple hours drive from U.S. bases north and west of London, Stratford is the center of Shakespearean lore in England.

His birthplace, the home where he died, the various houses of his family members, plus the stage of the Royal Shakespeare Company, all are within walking distance of each other here.

One of the greatest aspects of Stratford as a destination, however, is that it doesn&#8217;t require a college professor&#8217;s knowledge of Richard III to enjoy a day in the town.

Because it has tried so hard to stick close to the look and feel of the Elizabethan days that have become its fame and moneymaker, it almost has the feel of a re-created 1500s-era village, only with Starbucks and The Body Shop occupying the storefronts.

The basic tour of the town is based around the &#8220;The Shakespeare houses and gardens,&#8221; the reputed homes of the bard and his closest relatives.

Principal among these is The Shakespeare Centre and the adjoining Shakespeare&#8217;s Birthplace, found just a short walk from the banks of the River Avon (free maps of local attractions are available at the visitors&#8217; center).

Here visitors get a look at the life of the writer, from displays on his birth and childhood and his heyday in London to the latter years back in Stratford. It&#8217;s a short, self-guided walk through with highlights that include the writer&#8217;s sword and documents revealing that Shakespeare&#8217;s handwriting was, quite frankly, illegible.

Many of the most fascinating details aren&#8217;t about Shakespeare specifically, however, but about how any family in the 1540s would have raised a budding genius.

Helpful guides placed in each room of Shakespeare&#8217;s birthplace tell of how the kids slept three or four to a double bed, and drank mead (an alcoholic drink made of fermented honey, water and spices) because the water was too polluted to ingest.

Such visceral details are the bread and butter of the Shakespeare houses in Stratford-upon-Avon, but other options are readily available to visitors. The Swan Theatre, the &#8220;Shakesperience,&#8221; boat tours on the Avon and the shopping areas of the downtown district &#8212; all are packed into a tiny area just off the river.

If there is a danger to the convenience, however, it is that Stratford-upon-Avon is a magnet for tourists, which can mean big crowds and high prices in the peak seasons. Off-peak, however, it&#8217;s easily managed and readily enjoyed.

For more information ...Location: Stratford-upon-Avon is not far off the M40, with access via the A46 and A3400.

Times: Shakespeare houses are open from 10 or 11 a.m. to 4 p.m. in the winter, with slightly extended hours in the summer.