A Little Off Base: Tourists go loco to see the U.K. 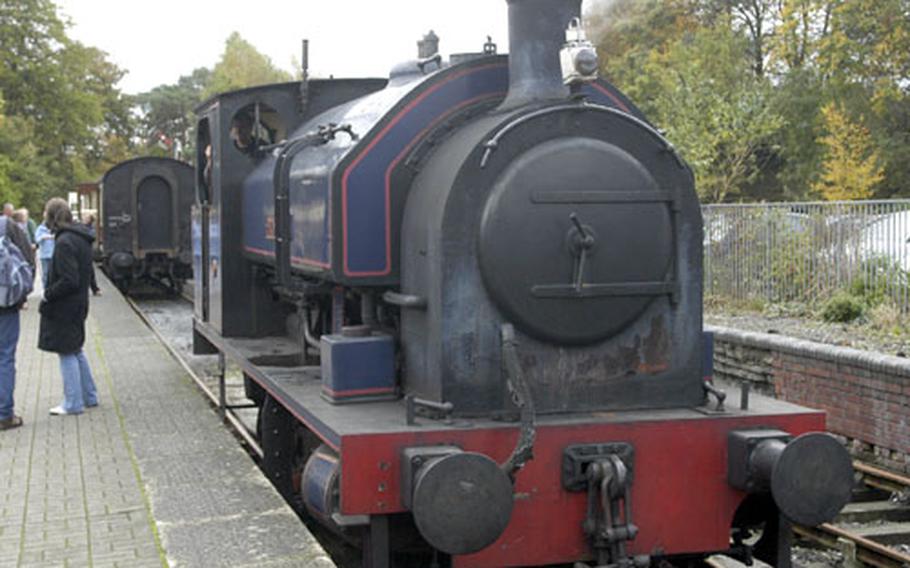 The 1942 Scottish-built "Princess" steam engine pulls foward after unhooking a load of passenger cars it had just pulled on a short trip through the English countryside in October on one of its regularly-scheduled trips. (Jason Chudy / S&S)

The 1942 Scottish-built "Princess" steam engine pulls foward after unhooking a load of passenger cars it had just pulled on a short trip through the English countryside in October on one of its regularly-scheduled trips. (Jason Chudy / S&S) 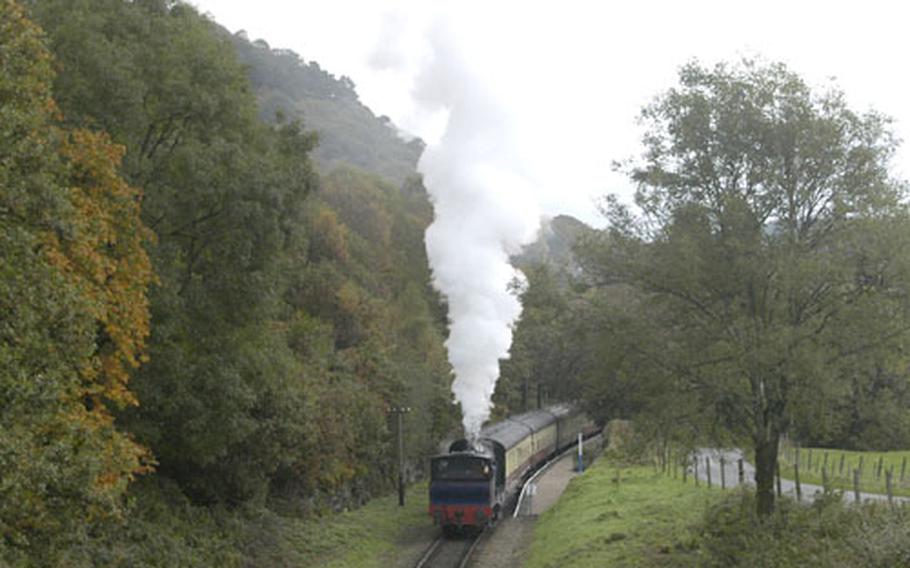 The "Princess" chugs through the English countryside in October. (Jason Chudy / S&S)

As the calendar continues its crawl into the winter months, people may not be spending as much time outdoors.

There are dozens of short railroad excursions that actually kick up their schedules in November and December with special winter or holiday train runs.

Here are some of the companies operating during the winter near military bases in England and how to contact them:

The Bodmin and Wenford Railway, about 15 miles east of the base, will run a steam train excursion Wednesday starting from Parkway at 11:15 a.m.

Each weekend in December, the railroad also will run a Santa Special steam train with gifts for kids and a mince pie and drink.

The Swindon and Cricklade Railroad, about 10 miles south of the base, runs either steam or diesel trains every Sunday starting at 11 a.m. The railroad will be running Santa Special steam trains every Saturday through Christmas starting Nov. 27.

The Leighton Buzzard Railway, about 25 miles east of Croughton and 25 miles north-northwest of Ruislip, will offer Santa Special steam trains every Saturday, Sunday and Wednesday in December. Advanced reservations are advised.

The Northampton and Lamport Railway, about 20 miles west of Molesworth, offers a special diesel train excursion Nov. 19 and 20 starting at 11 a.m. Santa Specials will start Nov. 27 and run to Dec. 18.

The Nene Valley Railway in Peterborough, about 15 miles north of RAF Alconbury, will run Santa Special trains on Nov. 27 and every remaining Saturday, Sunday and Wednesday before Christmas.

The Embsay & Bolton Abbey Steam Railway offers steam excursions every Sunday. The railway will offer a Santa Special on Nov. 20 and 27, and each remaining Saturday and Sunday before Christmas.

The Mid-Norfolk Railway, about 25 miles northeast of the bases, operates trips every Sunday in November and Santa Specials every Saturday and Sunday in December before Christmas, plus Dec. 22 and 23.