A Little Off base: There's a fen to see near you 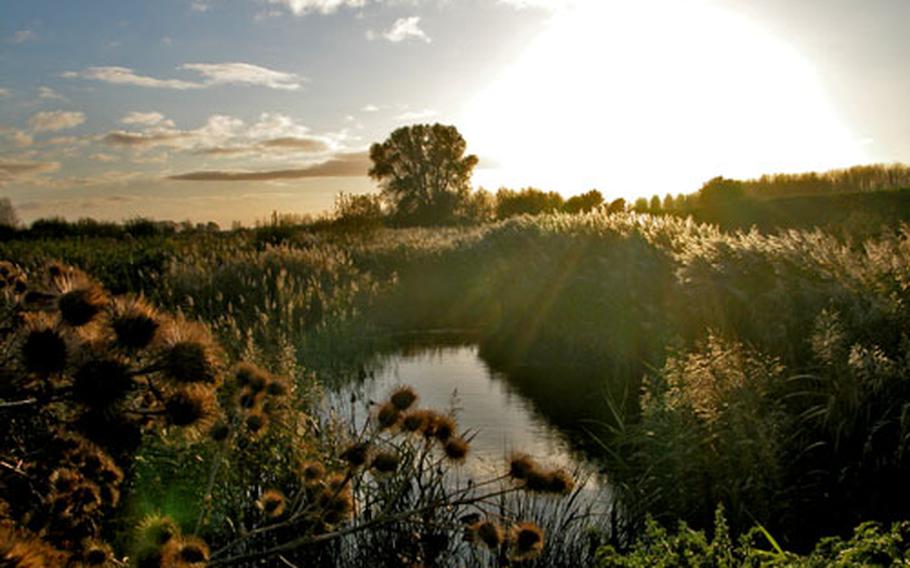 The Lakenheath fen is farmland that has been restored to a natural wetland, featuring lots of reeds and unique birds that have come back since the restoration. (Geoff Ziezulewicz / S&S)

Carrots are delicious root vegetables. But what do you do in East Anglia when a carrot field has, for one reason or another, run its course? Why, you turn it into a fen of course.

That&#8217;s what The Royal Society for the Protection of Birds did to about 2&#188; square miles of farmland outside Lakenheath village. For those not in the know, &#8220;fenland&#8221; is basically the equivalent of wetlands in the States. And the society is nearing the end of a 10-year project to bring some of those wetlands, and their wide variety of birds, back to the area.

And it&#8217;s all waiting for you to come walking on through during a nice Sunday afternoon.

The fen features walking paths and a stunning view of a lower-lying area that fills with water during wetter times of the year. If you act fast, you can catch the bountiful and beautiful birds that call the fen home before winter sets in.

One American on a visit was met by a chorus of happily chirping birds, flitting and flying in the crisp autumn breezes. The bearded tit bird releases a &#8220;ping-ping&#8221; sounding chirp as it flies above the reeds, while the bittern&#8217;s song sounds like someone gently blowing on the top of a bottle.

Having bitterns around is a boon for the fen, Fretwell said.

The soil beneath the wetland is peat, which is very rich and ideal for crops, Fretwell said. Rebuilding the original wetland has brought all the interestingly peculiar local birds back to the area as well.

While the fen is free and open from dawn to dusk every day, it&#8217;s still a work in progress, and a visitor center is being built, she said.

The fen also hosts economical nature activities for the family. In the coming weeks, visitors will have a chance to help build a hibernation site for insects and other denizens of the fen, and other activities are planned for the winter months.

So if you&#8217;re looking for cheap autumn fun, or if you&#8217;re just a fool for birdwatching, check out the Lakenheath Fen, a tad of restored nature right off the B1112.

For more information ...Location: About a 10-minute drive from RAF Lakenheath. Go out Gate 2 and get on the B1112. Go through Lakenheath village and within five minutes of leaving the town, a sign for the fen will greet you on the left side of the road. Plenty of free parking.

Cost: Free, though some events do cost a few pounds.