A little off base: Theatre Royal 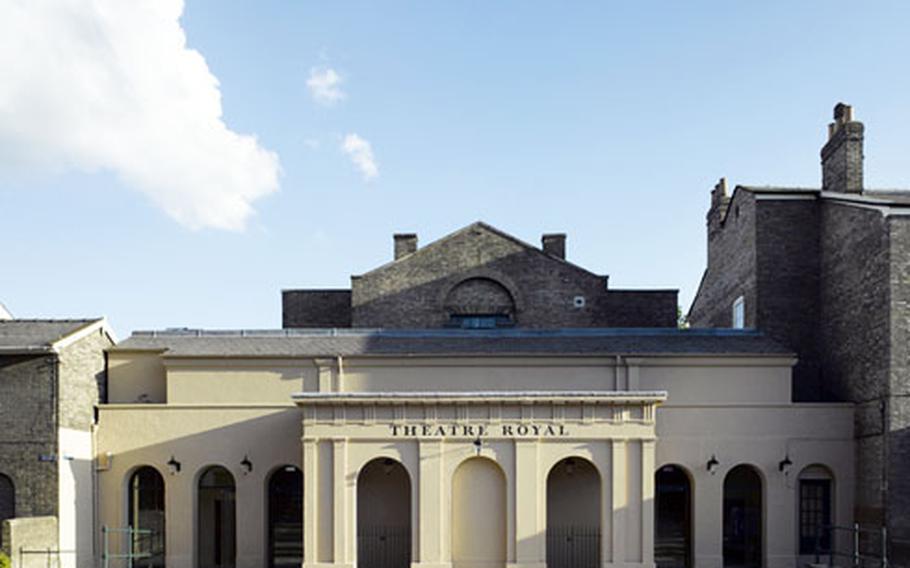 The Theatre Royal in Bury St. Edmunds is the last Regency-period playhouse in the U.K. and a National Trust site. (Photos courtesy of Theatre Royal)

The Theatre Royal in Bury St. Edmunds is the last Regency-period playhouse in the U.K. and a National Trust site. (Photos courtesy of Theatre Royal) 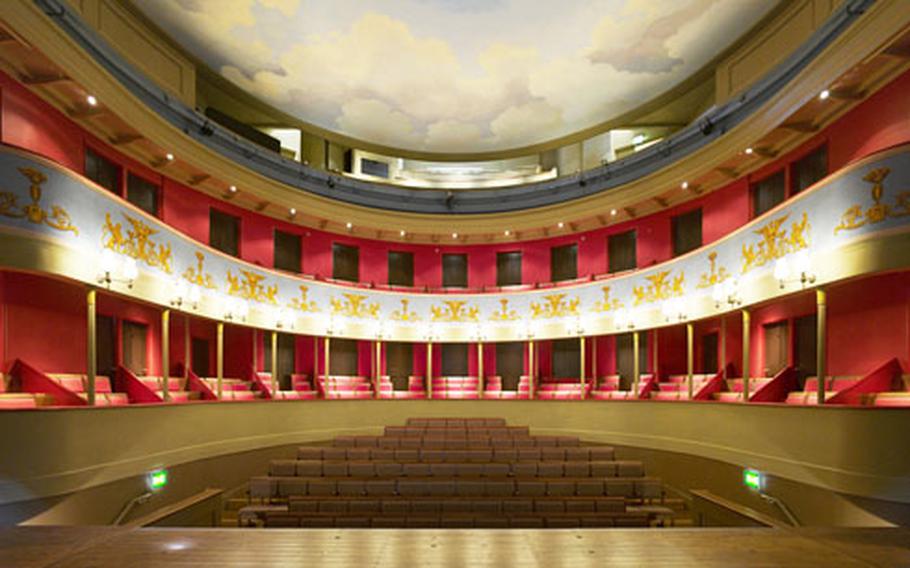 With its painted ceiling and ornate murals, the theater is a classic example of 19th-century Regency architecture. ()

BURY ST. EDMUNDS &#8212; The Theatre Royal is like a time machine now that it has been restored to its 1819 Regency glory.

A decadent period in British history characterized by aristocratic excess and unrest among the populace, Regency describes the architecture, fashion, politics and culture from 1811 to 1820, between the Georgian and Victorian eras.

And while a local theater group has been performing period shows since the historic venue was renovated, Theatre Royal is also home to a variety of stage acts including comedy, drama, musicals, choral performances and children&#8217;s theater.

Directly across the street from the Greene King Brewery in the city center, the theater was used as a barrel house by the beer company in the early 1960s, about 40 years after it went derelict. It was first opened to modern audiences in 1965 and became a National Trust site after its two-year, 5.3 million-pound facelift was completed in 2007.

The summer season kicks off this month with classics such as Shakespeare&#8217;s "Twelfth Night," performed by the house troupe, and modern performances from the Henri Oguike Dance Company out of London.

There are also demonstrations, talks, workshops and guided tours for those who just want a look-see at the historic venue. Not only is it considered an outstanding architectural treasure from the period by the National Trust &#8212; a publicly funded U.K. heritage foundation &#8212; but it&#8217;s also the only surviving Regency playhouse in the country.

But the appeal of attending a show, says theater spokeswoman Lucy Close, is in the intimacy of the 350-person theater. It now has the same semi-circular layout as its original 1819 specs, though it held 700 theatergoers in its heyday. The box seating maximizes views and is not often seen in modern theaters, Close said.

The ceiling is painted like a cloudy sky and only adds to the drama. Murals and other elegant and ornate artwork and furnishings further enhance the touches of grandeur throughout. The effect draws visitors back to a time when the theater, not TV, was society&#8217;s main form of entertainment.

So, if trekking to London to catch a show in the West End sounds like too much effort, try the Theatre Royal in Bury St. Edmunds instead. Its proximity and historic significance are sure to please all those who enjoy the performing arts.