A little off base: See the stars 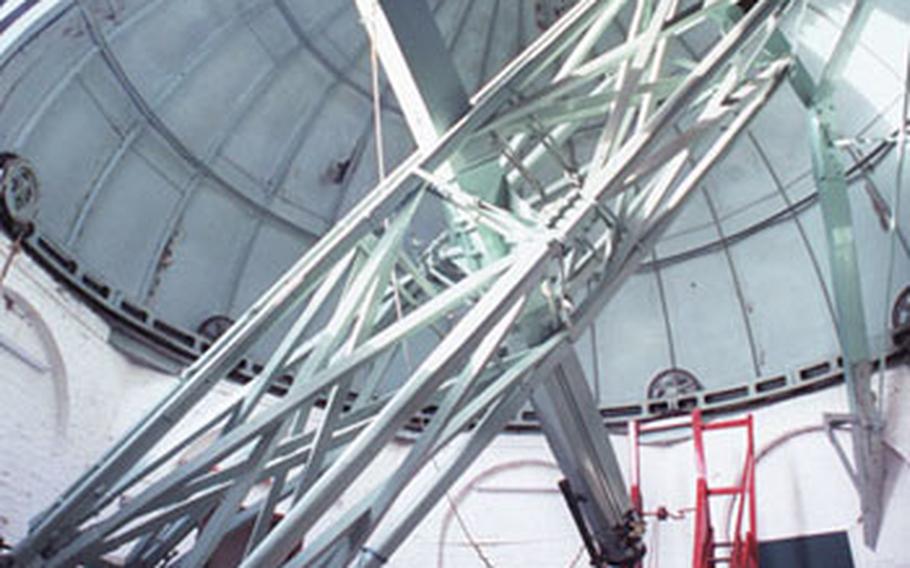 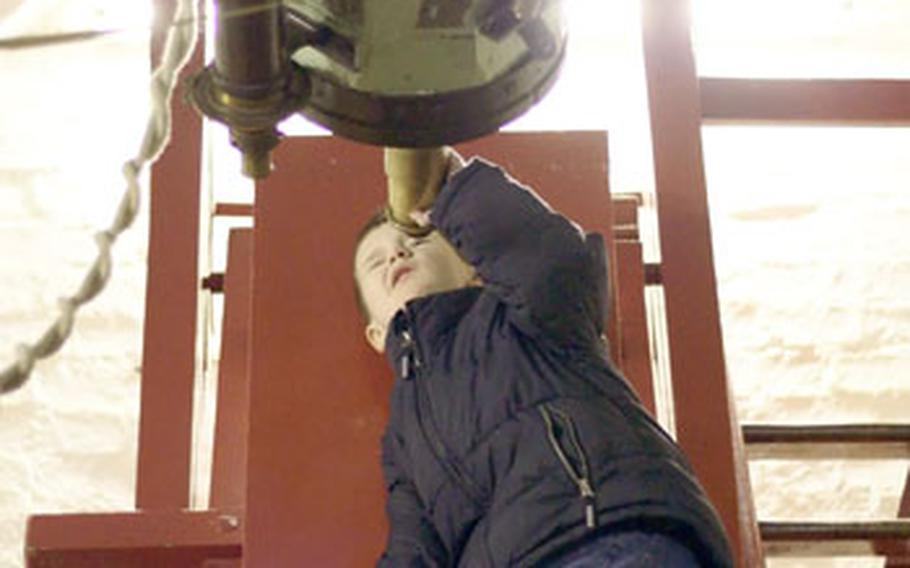 A young visitor peers through the Northumberland telescope at the Institute of Astronomy in Cambridge. The University of Cambridge facility is open to the public on Wednesday evenings. It also gives tours to school groups. ()

CAMBRIDGE &mdash; When scientists in Geneva, Switzerland, fired up the Large Hadron Collider earlier this month for the first time, astronomy suddenly got a little sexier.

International media reports buzzed with speculation about the "big-bang machine" and its potential to create a black hole. Though the $8 billion particle accelerator didn&rsquo;t create a wrinkle in time and is technically rooted in particle physics, not astronomy, it did get people talking about the cosmos.

And here in East Anglia there&rsquo;s no better place to dive into the world of metaphysics than at the Institute of Astronomy, which opens to the public once again on Oct. 8. So, while summer&rsquo;s lusciously long hours of daylight have officially faded into fall, the early night sky is ripe for stargazing.

"This is when people start noticing the night sky again," said Caroline Crawford, a scientist, teacher and outreach officer at the institute.

A department of the University of Cambridge, the institute is one of the largest centers for astronomical research in the United Kingdom. With more than 100 doctoral candidates and graduate students researching everything from black holes to the evolution of galaxies, the institute is full of experts ready to answer your most nebulous questions.

Each Wednesday a researcher hosts a half-hour talk followed by a chance to look through the institute&rsquo;s historical Northumberland and Thorrowgood telescopes. That is, if the weather is nice.

"We can&rsquo;t make any guarantees," Crawford said. "This is Britain. There&rsquo;s always uncertainty about the weather."

The discussion goes on despite the elements, though a visit probably is best reserved for when the weather is clear, she said.

And don&rsquo;t worry, you don&rsquo;t have to be Carl Sagan to sit through the lecture. The researchers try their best to dumb it down for those without advanced science degrees, she said.

"They deal with fundamental questions like: What happened before the big bang? What&rsquo;s a black hole?" she said. "You don&rsquo;t need a lot of training to appreciate many of the answers."

When Mother Nature cooperates, not only can visitors peer through the university telescopes, but members of the Cambridge Astronomical Association also set up a more-modern telescope connected to a projection screen that saves visitors from waiting in line to get a peek into outer space.

The Northumberland and Thorrowgood scopes are mostly for recreational use, relics of the institute&rsquo;s previous incarnations as the Cambridge University Observatory (1823), the Solar Physics Observatory (1912) and the Institute of Theoretical Astronomy (1967.)

Though some research is conducted with one of several other telescopes at the institute, much of the observational work is done using larger telescopes abroad and in space.

Still, while the institute doesn&rsquo;t house the most sophisticated telescopes, it provides access to some of the best and brightest researchers in the world on Wednesday nights &mdash; something you can&rsquo;t get at a modern planetarium.

"There are [planetariums] with fancy shows and gifted presenters, but they&rsquo;re not the people who are doing the exciting research," Crawford said. "We&rsquo;re rooted where the discoveries are being made. It&rsquo;s really important that people are aware of what scientists are doing and the impact it has on all of us."

Getting thereWhat: University of Cambridge Institute of Astronomy

Why: Free astronomy lecture and stargazing