A little off base: See some of London’s more exotic residents at the zoo 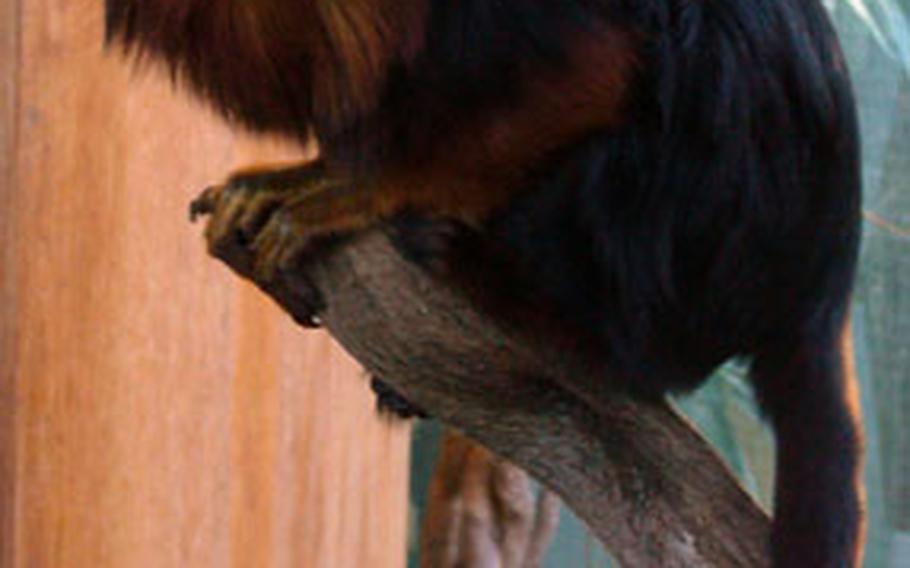 A golden-headed lion tamarin shows off its colorful mane inside the London Zoo. The zoo, located in central London, is home to a massive collection of wild animals. (Sean Kimmons / S&S)

A golden-headed lion tamarin shows off its colorful mane inside the London Zoo. The zoo, located in central London, is home to a massive collection of wild animals. (Sean Kimmons / S&S) 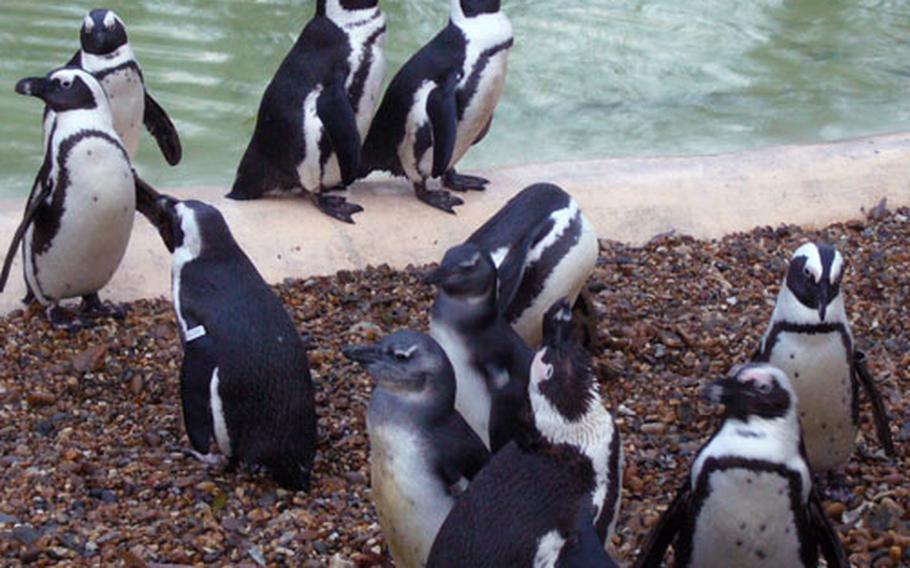 Blackfooted penguins waddle around their enclosure at the London Zoo. (Sean Kimmons / S&S) 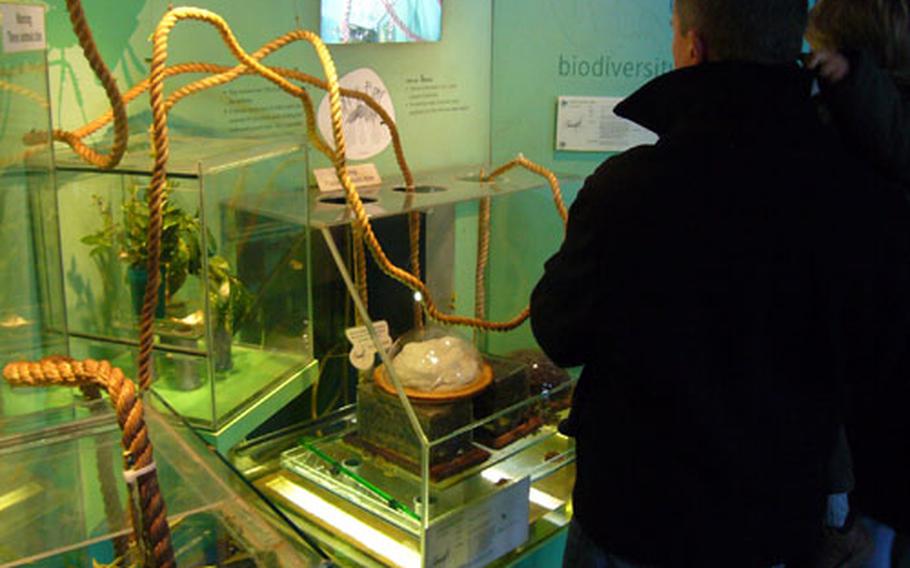 An arrangement of ropes can be found in the Bugs! exhibit. Leaf-cutter ants use the ropes to march from their feeding grounds to their ant farm. (Sean Kimmons / S&S) A Western lowland gorilla chills out in its indoor enclosure at the Gorilla Kingdom. (Sean Kimmons / S&S) 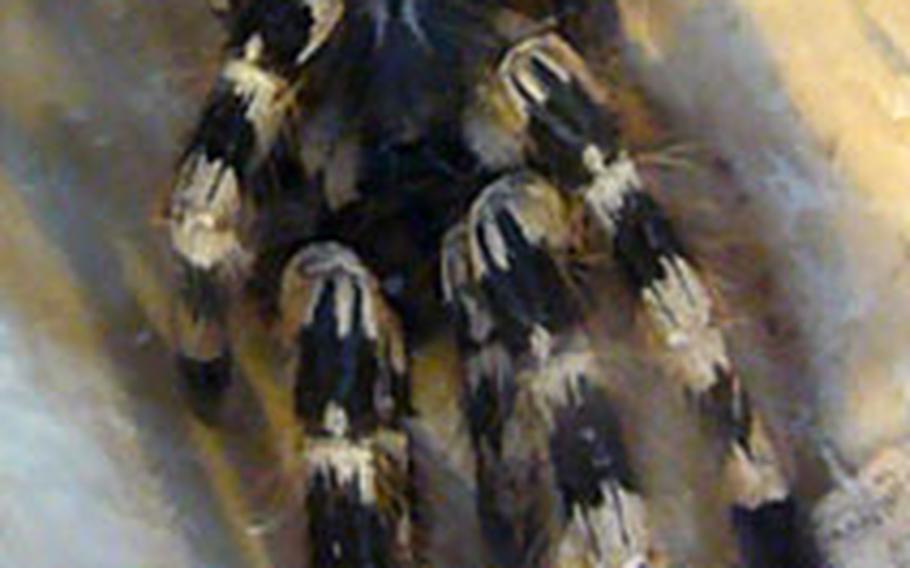 LONDON &#8212; With more than 7 million residents and hordes of tourists clogging up streets and public transportation, one can&#8217;t help but think sometimes that London resembles a zoo.

But this bustling city of cultural fusion has its own bona fide zoo with untamed creatures behind secured enclosures.

The London Zoo, in Regent&#8217;s Park, has a massive collection of animals, from the furry, cute types to the ones you&#8217;d hate to cross paths with in the wild.

Perhaps the top attraction is the 5.3 million pound ($10.5 million) Gorilla Kingdom, where a couple of the endangered beasts reside. Visitors can get within inches from Western lowland gorillas if one decides to chill in the indoor enclosure surrounded by thick windowpanes.

Across from the gorilla kingdom is an exhibit dedicated to reptiles. Inside, visitors can walk past small pens that are home to various snakes and lizards, among other creatures.

If the slithering and scaly reptiles aren&#8217;t enough to scare you away, head to the Bugs! exhibit in the zoo&#8217;s southern section. A variety of hair-raising insects that would make anyone belt out a schoolgirl scream can be found in this exhibit.

A few examples are slow-moving spiders, scorpions and antennaed cockroaches. On a recent weekday, a zoo worker came out of his office to talk about a red-knee spider that sat in his hand. Besides spiders, the zoo has other special live events throughout the day.

There is also an interesting arrangement of ropes, which leaf-cutter ants use to cross from a feeding ground to their ant farm as part of the exhibit.

Outside the bug exhibit are collections of energetic monkeys, such as the golden-headed lion tamarin and spider monkey. More vicious mammals, such as lions and tigers, are nearby.

Next to the tigers is a pool with pink flamingos and white pelicans. Farther down, delicate butterflies can be seen inside Butterfly Paradise, a humid enclosed tent where many of the colorful fliers float about.

You have to move slowly to avoid harming the free-fluttering insects, and if you&#8217;re lucky one might pose on your head for a good photo opportunity.

After experiencing the butterfly world, take a stroll down to the penguin pool, where a group of the waddling birds stay.

There are many other animals in the zoo, with surprises around each corner. Be sure to take a couple of hours exploring the grounds to see them all.

Getting thereThe London Zoo is in Regent&#8217;s Park, near Camden Town in London. Admission is 13 pounds for adults and 10 pounds for children between 3 and 15 years old. For more information, check out www.zsl.org/zsl-london-zoo.