A Little Off Base: Off to the races at Rowley Mile 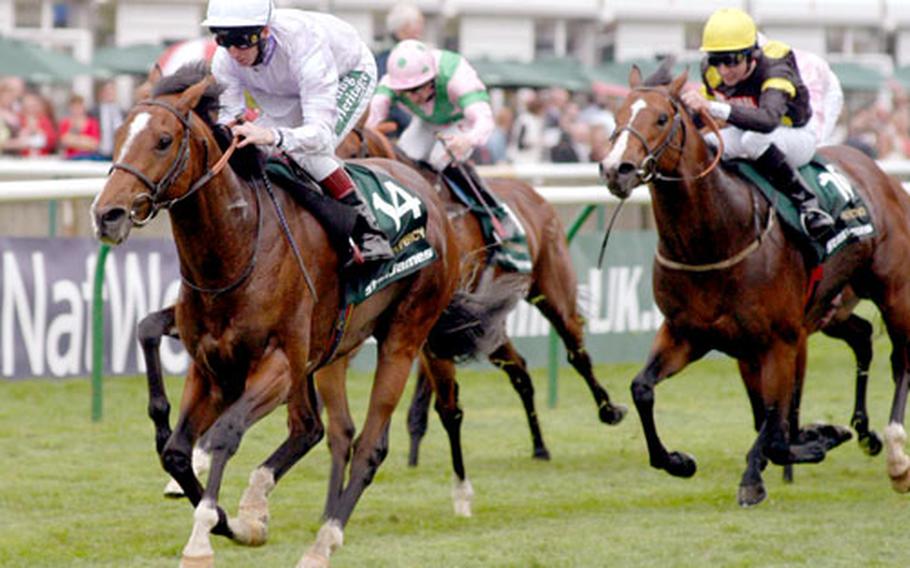 Horses in a one-mile race gallop toward the finish line at the Rowley Mile course in Newmarket. Newmarket is where Britain’s first official horse race was run more than 300 years ago. (Sean Kimmons / S&S)

Horses in a one-mile race gallop toward the finish line at the Rowley Mile course in Newmarket. Newmarket is where Britain’s first official horse race was run more than 300 years ago. (Sean Kimmons / S&S) 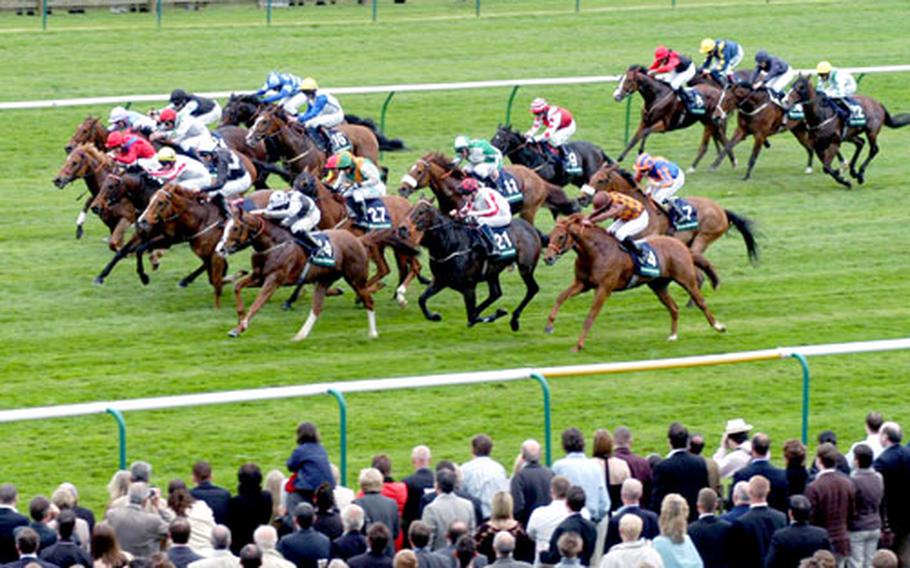 Horses in the six-furlong race gallop past spectators toward the finish line. (Sean Kimmons / S&S) 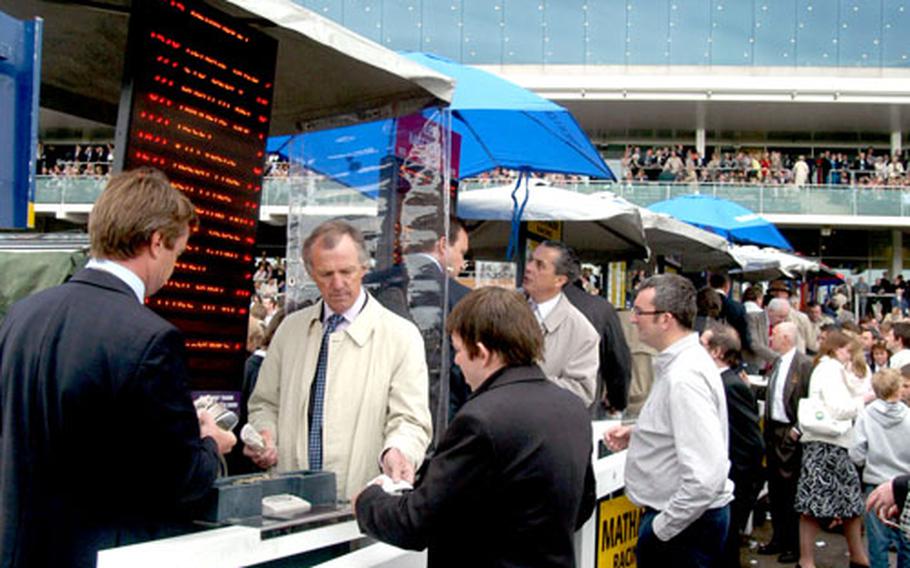 NEWMARKET &#8212; A 3-year-old colt by the name of George Washington raced to the front of 13 other charging horses during a recent race at the Rowley Mile course.

As the horses drew toward the finish line, shouts of encouragement rose from a crowd of more than 17,000 spectators, mostly men in three-piece suits and women in fancy hats.

George Washington galloped over the finish line ahead of the field. His win was greeted by mixed emotions from people who&#8217;d either won or lost their bets.

For their speedy work through the thick, green grass, the colt and jockey landed a purse of 330,000 pounds. Not bad for a one-mile race.

Less than 20 miles southwest from RAF Mildenhall and RAF Lakenheath, the city of Newmarket boasts premier horseracing at two of its racecourses &#8212; Rowley Mile and July Course &#8212; from spring to autumn.

Historically, Newmarket is where Britain&#8217;s first official horse race was run more than 300 years ago under the reign of King Charles II. Surrounding Newmarket these days are extensive training grounds for 2,500 racehorses, 70 licensed trainers and some 60 stud farms.

At the Rowley Mile course on May 6, spectators were treated to three hours of racing by more than 100 horses during the first day of the Stan James Guineas Stakes, a two-day racing festival.

The minimum bet for each race on this day was 5 pounds. Throughout the race grounds, bets were taken by vendors who would display the odds for upcoming races at their booths and shout to onlookers, &#8220;Place your bets here!&#8221;

Many bettors loitered near the booths, researching racing newspapers and examining the odds before putting their money down, while inexperienced and carefree bettors gambled without hesitation. Sometimes that can be the best way to go.

Before one race, as the horses trotted past the crowd on their way to the starting line, a spectator observed about one of them: &#8220;Too small.&#8221;

During the last furlongs of George Washington&#8217;s race, anticipation turned into excitement as the horses came in to plain view.

&#8220;Thatta boy, George,&#8221; a spectator screamed from the stands as the colt crossed the finish line uncontested.

For more information about Newmarket horseracing, go to: www.newmarketracecourses.co.uk.