A little off base: Looking to skies for history 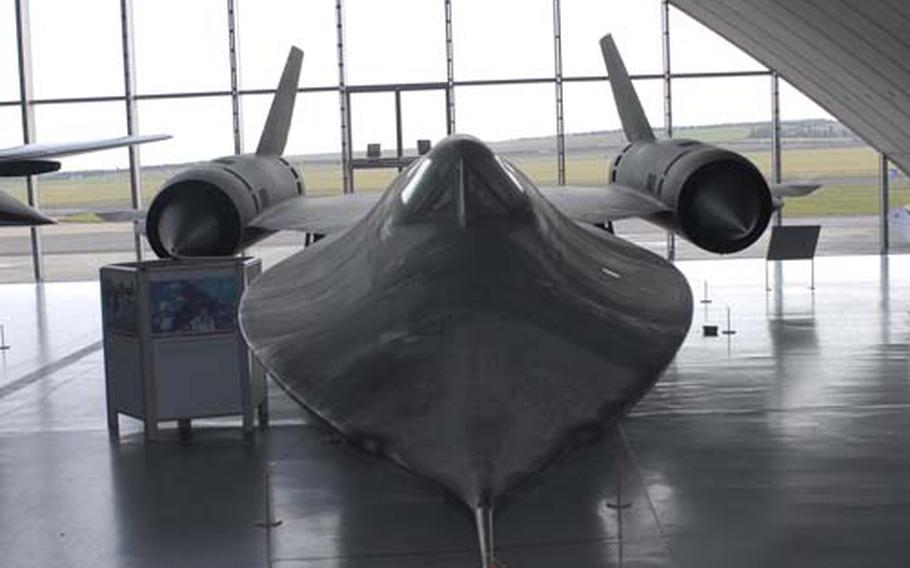 An SR-71 Blackbird is one of the many aircraft in the American Air Museum’s collection at the Imperial War Museum Duxford. The SR-71 on display in Duxford is aircraft No. 962, which set a record for sustained horizontal flight by flying at 85,069 feet. (Mark Abramson / S&S)

An SR-71 Blackbird is one of the many aircraft in the American Air Museum’s collection at the Imperial War Museum Duxford. The SR-71 on display in Duxford is aircraft No. 962, which set a record for sustained horizontal flight by flying at 85,069 feet. (Mark Abramson / S&S) 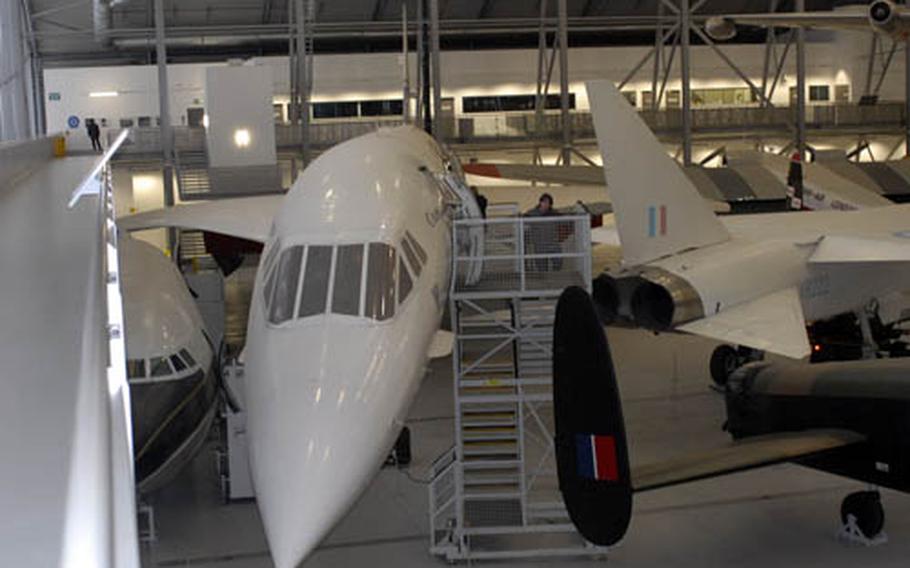 A Concorde supersonic passenger jet is one of the aircraft visitors can walk through at the Imperial War Museum Duxford’s AirSpace hangar. The hangar has a vast collection of British military and civilian airplanes as well as interactive exhibits and a timeline with important milestones in aviation history. (Mark Abramson / S&S) 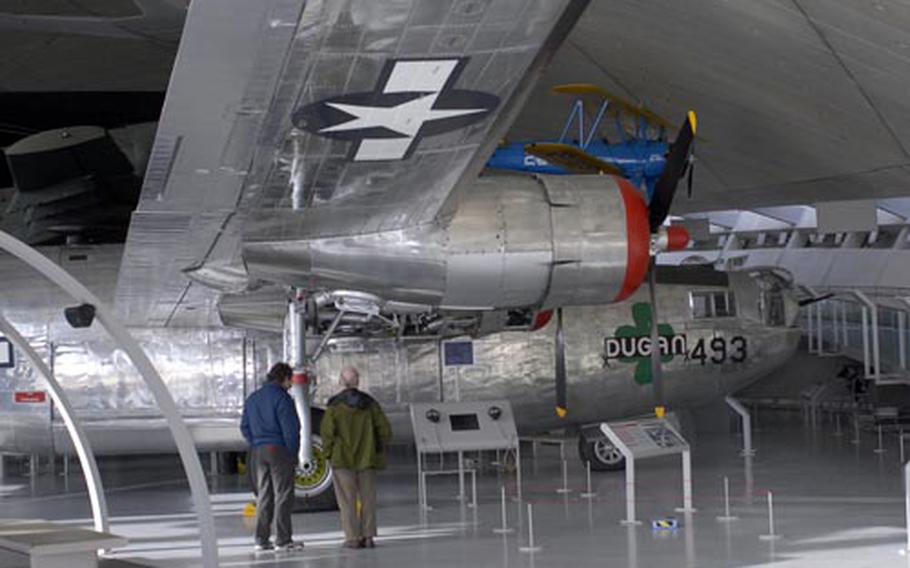 Visitors at the American Air Museum at the Imperial War Museum Duxford look at a World War II B-24 Liberator bomber. The museum claims to have the largest collection of American aircraft outside of the United States. (Mark Abramson / S&S)

Aviation buffs can satisfy their craving to see some of history&#8217;s most famous flying machines by hopping in their car and taking a spin over to Duxford.

Duxford, which was once an RAF fighter base that played a major role in World War II, is now the home to one of the Imperial War Museum&#8217;s several branches. The museum consists of a row of hangars and buildings; including a Land Warfare Hall with weapons that date back to before World War I.

"We have over 200 aircraft and we have many fast jets," said Gabriela Obluda, the museum&#8217;s marketing administrator.

More than 400,000 visitors descended upon IWM Duxford last year, and that number grows every year, Obluda said. "It&#8217;s one of the better aviation museums in Europe."

The museum also has air shows throughout the year, including one last year that had a modern-day Royal Air Force Typhoon fighter, Obluda said.

The first hangar that visitors come to when they enter the museum is the AirSpace collection. That hangar is homage to Britain&#8217;s aviation history, with planes such as the Concorde supersonic passenger jet, a Harrier jump jet hanging from the rafters, a modern-day Tornado strike fighter and a delta-winged Vulcan bomber.

Surrounding all of those British warbirds and civilian planes are numerous interactive exhibits as well as a timeline with milestones for important dates in aviation history and dates famous planes, such as the F-15 Eagle and Typhoon fighters, entered service.

One of the most unique buildings on the site is the American Air Museum. The silver, half-cylinder shaped building appears dug into an embankment. It is filled with U.S. war machines that span the 20th century, including aB-52D next to a World War II B-29 Superfortress &#8212; similar to the ones that dropped the atomic bombs on Japan to end WWII.

American Air Museum visitors appear to be in awe when they look at the streamlined SR-71 Blackbird and read about how it was the fastest plane on earth with a speed of over Mach 3. Visitors can also walk through an exhibit with U.S. airmen&#8217;s uniforms and see a list of the names of the 30,000 American servicemembers who lost their lives while operating from bases in the United Kingdom during WWII.

Hangar 2 is like taking a step back in history where visitors can watch as maintenance workers meticulously restore WWII aircraft to their original condition. Some of the aircraft in the museum&#8217;s collection were found in scrap heaps. The hangar houses a P-51 Mustang, Royal Navy F4U Corsair and other warbirds that played pivotal roles in defeating the Axis powers.

Other hangers have a mix of old and newer planes with Nazi Focke-Wulf Fw 190 and Messerschmitt fighters and a British F-4 Phantom. There is also a 60-foot-long torpedo boat, a midget submarine and an assortment of anti-aircraft guns and other weapons.

IWM Duxford is more than just fast jets and historical war birds though, with its Land Warfare Hall. The hall is filled with tanks, tracked vehicles and anti-aircraft and artillery dug into emplacements. It also has exhibits filled with interesting tidbits of what the Brits call "The Forgotten War" &#8211; WWII in the Pacific.

People passing through the hall can hold U.S. Thompson submachine guns and other past weapons. And there is also an area for people to see how D-Day was planned and how it unfolded.