A little off base: Larkwood Trout Fishery 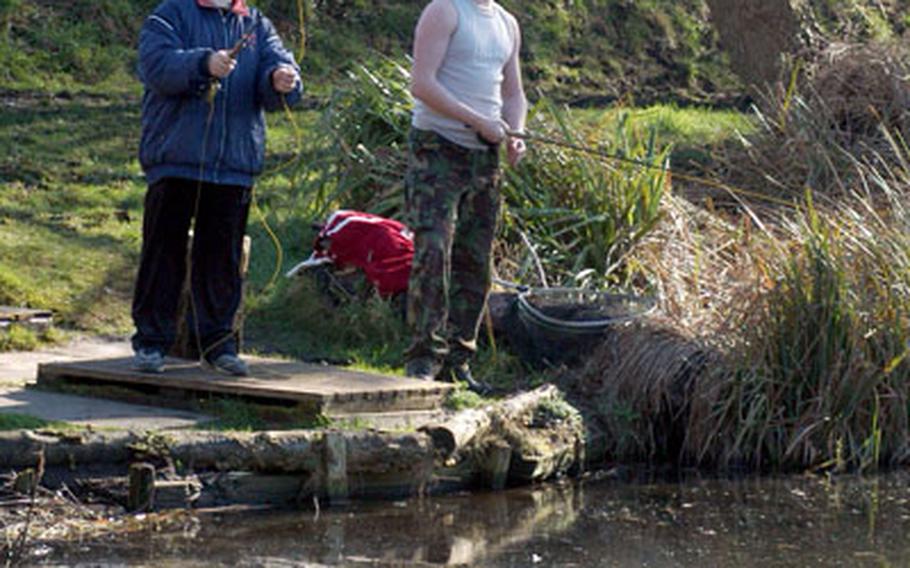 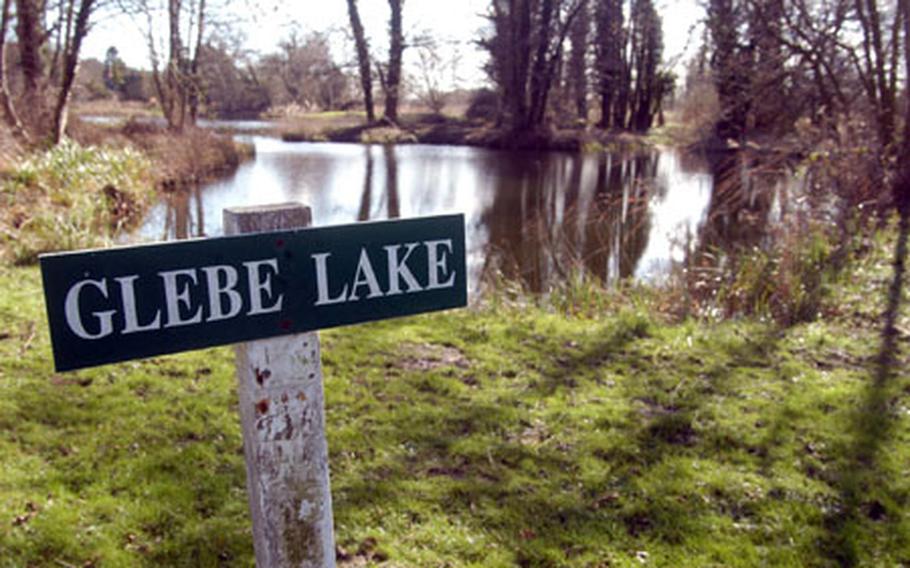 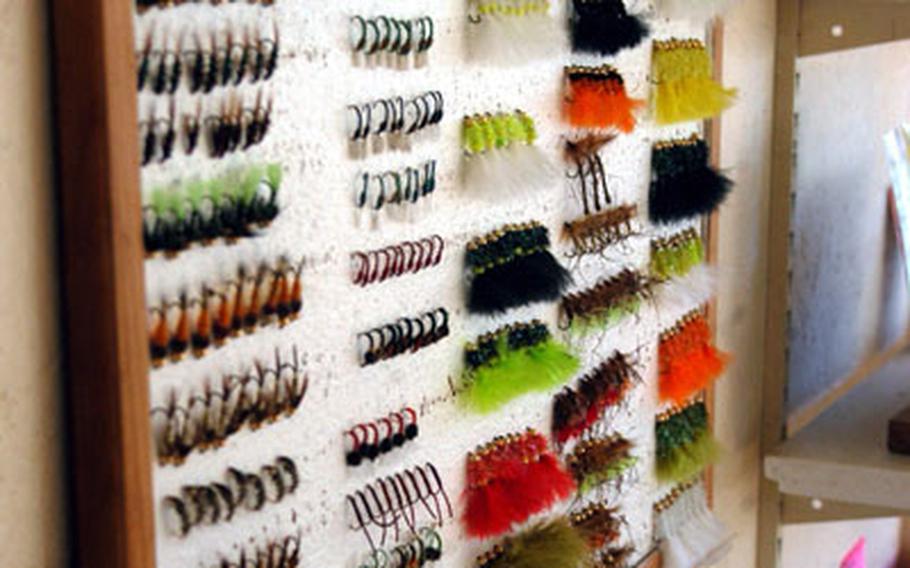 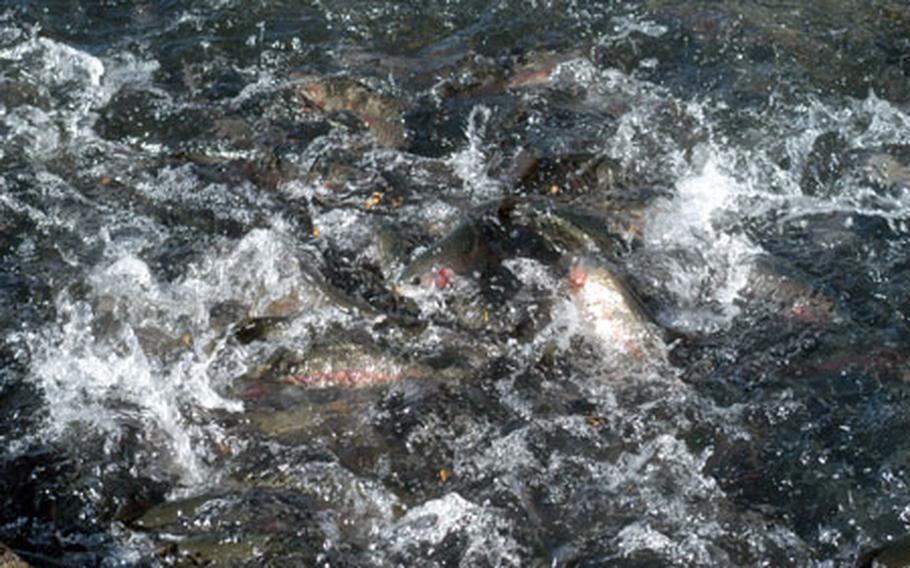 Rainbow trout swarm after food thrown into one of the holding areas at the Larkwood Trout Fishery. (Sean Kimmons / S&S) 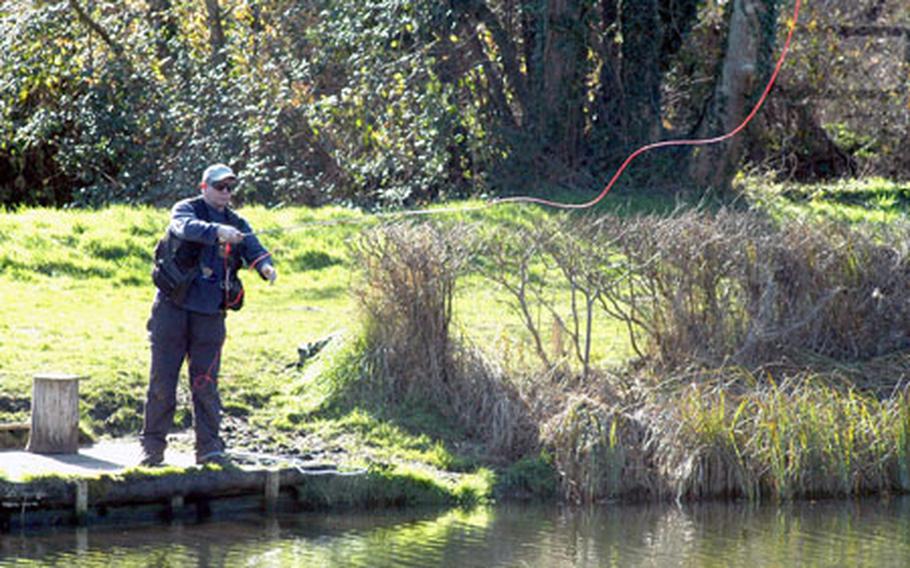 Nick Stobbart, a Briton from Linton, casts out into one of the lakes at the trout fishery. (Sean Kimmons / S&S)

There&#8217;s more skill involved than just being patient, insists Ian McGregor, proprietor of the Larkwood Trout Fishery in this town a few miles south of RAFs Lakenheath and Mildenhall.

The fishery stocks hundreds of rainbow trout in its two lakes. About twice a week, McGregor said that the three-acre lakes are stocked to maintain 450 to 700 fish in each lake.

The average rainbow trout weighs two pounds, he said, yet the current record for the fishery is a 16.2-pounder caught a couple of years ago.

To break this record, visitors need to be in tune with their casting. The one cast seen by fishermen on a recent day at the fishery was the forward cast. In this cast, a fisherman flicks an artificial fly or bait into the air, back over his shoulder until the line is nearly straight, then toward the water, mainly using his forearm.

After a few times of doing this, the fisherman then lays the bait on the water a short time for a fish to snap it up.

This cast eventually worked for Kai Ryder, a 16-year old from Barningham, who reeled in a two-pound trout.

If fly-fishing proves to be harder than you first thought, McGregor can share some pointers on the different methods used in catching the big one &#8212; or just any one. He also offers in-depth instruction, up to 90 minutes, for an extra 5 pounds, he said.

His experience is sure to be valuable to a novice angler.

There are many fishing spots found around the fishery that allow anglers to attack different sections of the lakes. Stumps are also provided to rest on, in between casts.

The lake is a relaxing spot, with its quiet setting, abundance of plant life and ducks that occasionally swim between the fishing lines.

Some fishermen may be hesitant to fork over 18.50 pounds to fly-fish for a full day at the fishery. But those good enough, or just plain lucky, can earn some of their money back in a fish dinner if they catch the maximum keep limit of four fish.

Location: The fishery can be found along Icklingham Road in West Stow. To get there, take the A1101 toward Bury St. Edmunds and follow the signs to the Anglo-Saxon Village. You&#8217;ll see a sign to the fishery on your right about a mile past the center.

Hours: The fishery is open from 9 a.m. to 30 minutes before sunset every day.

Prices: A full-day session is 18.50 pounds and includes up to four fish. A half-day session, which is five hours long, is 11 pounds and includes up to two fish. Discounts are available to children younger than 16 and seniors older than 65. Visitors can rent out a rod, reel and tackle for 5 pounds. Those renting are asked to call ahead at 01284 728612 to reserve the equipment.