A Little Off Base: Ipswich Museum studies the habits and history of humans and animals A fierce leopard seems ready to defend himself or pounce on his prey inside the Victorian Natural History exhibit at the Ipswich Museum. The exhibit has an extensive collection of stuffed animals. (Sean Kimmons / S&S)

A fierce leopard seems ready to defend himself or pounce on his prey inside the Victorian Natural History exhibit at the Ipswich Museum. The exhibit has an extensive collection of stuffed animals. (Sean Kimmons / S&S) A replica of a bomb shelter that Britons used during World War II is situated in the Ipswich at War exhibit. (Sean Kimmons / S&S) 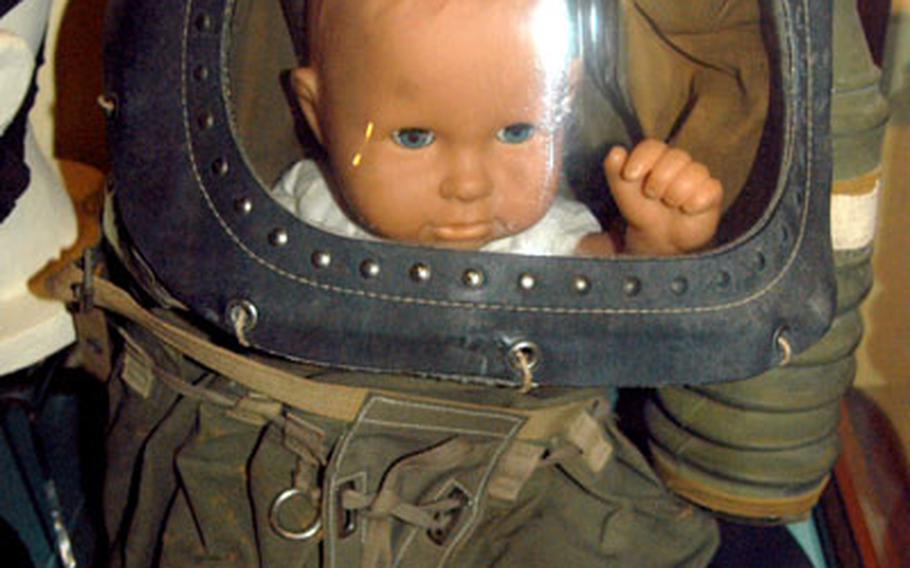 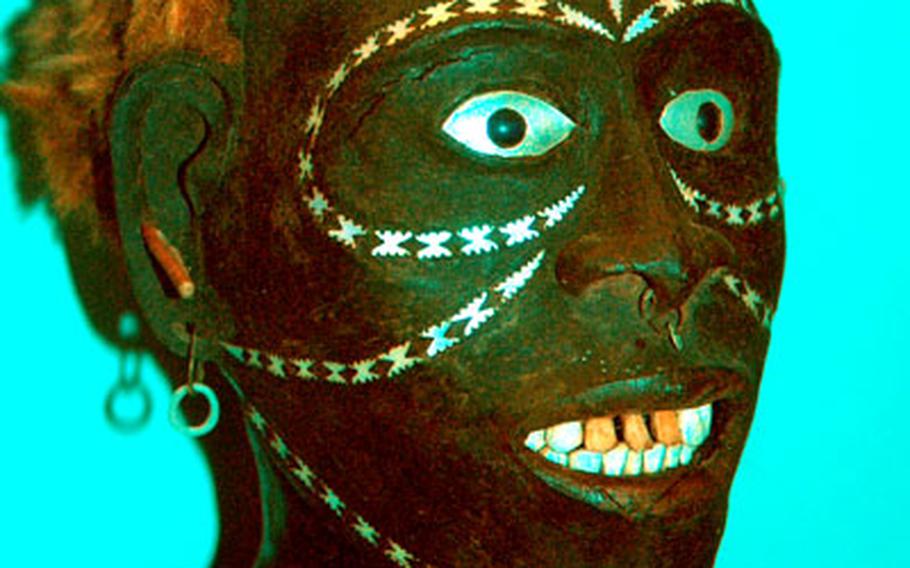 IPSWICH &#8212; Skimming through Web sites about the Ipswich Museum, I read that it had a wealth of treasures that would amaze anyone.

I&#8217;ve been to many museums only to be bored and smothered by dull educational displays. But I decided to give this one a go anyway, mainly because it&#8217;s free.

A life-size woolly mammoth quickly grabbed my attention at the entrance of the 13-exhibit museum, housed in a red brick building on High Street. With its long, white tusks, the Goliath dominates the museum&#8217;s Ice Age section, surrounded by informative displays.

Sharing the room are other stuffed wildlife specimens including a giraffe, a rhino, a lion, deer, monkeys and a variety of marine life that belong to the Suffolk Wildlife and Victorian Natural History exhibits.

All three exhibits in the large room seem to be a haven for taxidermists. Wherever you look, an animal that once roamed the wild gives a blank stare or a fierce glare with sharp teeth showing.

Making my way around the dimly lit room, I could feel the animals&#8217; eyes on me. I kept thinking they were inching closer.

Despite its freakiness, I stayed in the room for about 30 minutes admiring the animals up close.

In an adjacent room, an exhibit gives information on the city during both world wars. Propaganda posters are hung in the entrance, which eventually opens up into an area with uniformed mannequins in wartime scenes. One of the displays is on the National Fire Service, which extinguished fires following bombing raids.

Nearby is a collection of gas masks, including a baby&#8217;s helmet respirator, which covers most of the body. Further into the exhibit is a replica of a bomb shelter.

Other intriguing exhibits in the museum are upstairs. The mankind exhibit features plenty of costumes and antiquities from African tribes and Asian cultures. Visitors who aren&#8217;t tired of stuffed animals can wander through an exhibit showing hundreds of species of birds in their natural surroundings.

Visitors can learn about the city&#8217;s extensive history in an exhibit called the Ipswich story.

To fully appreciate the Ipswich Museum, one needs to spend at least two hours wandering through both floors.

There also is a gift shop for those who want to buy something to remember their trip to the sometimes creepy but mostly informative museum.

Getting ThereLocation: On High Street about one block from the Crown Street multi-story car park.