A little off base: Household Cavalry Museum 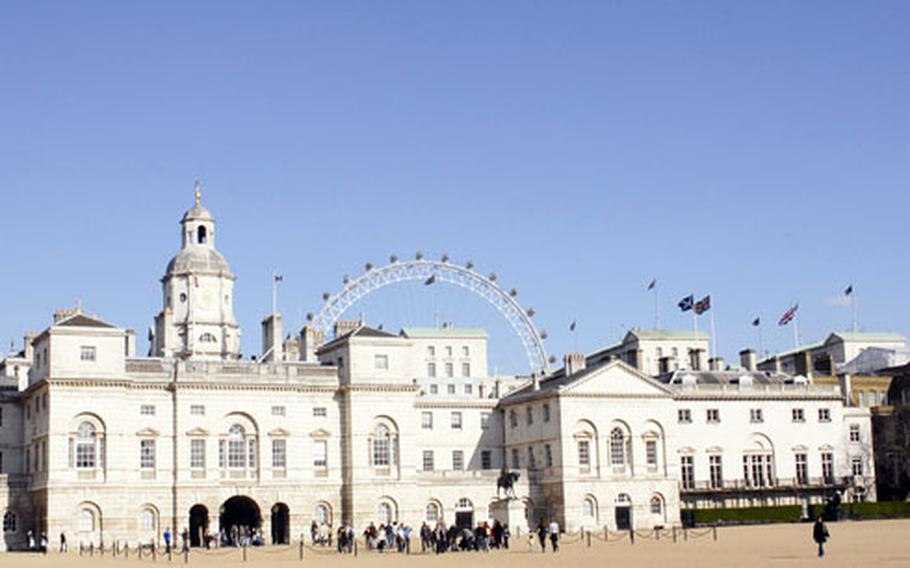 The Household Cavalry Museum in the Horse Guards building offers visitors a glimpse into the history of the Household Division of the British Royal Army. (Photos by Mark Abramson/Stars and Stripes)

The Household Cavalry Museum in the Horse Guards building offers visitors a glimpse into the history of the Household Division of the British Royal Army. (Photos by Mark Abramson/Stars and Stripes) 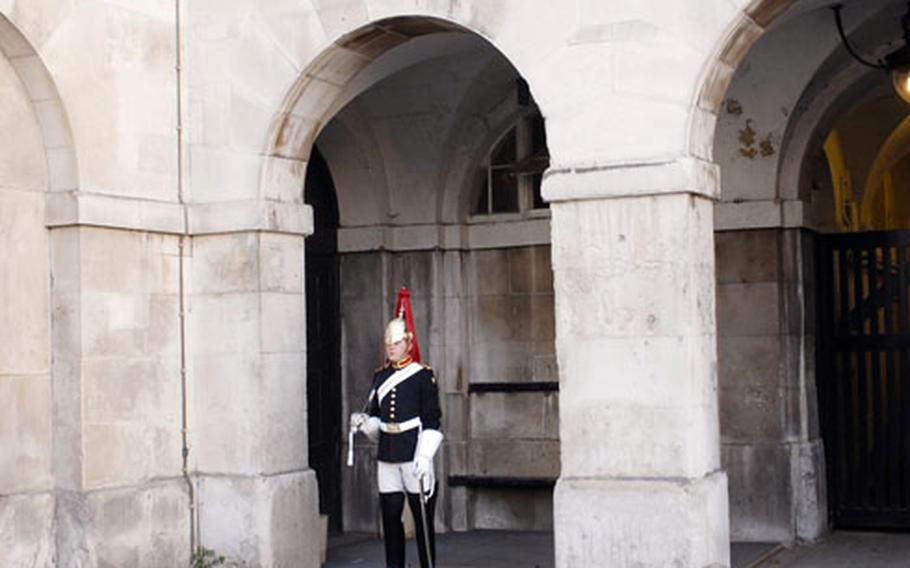 A Blues and Royals soldier stands guard at the Horse Guards building near the museum. () A Life Guards soldier stands guard near the museum. () 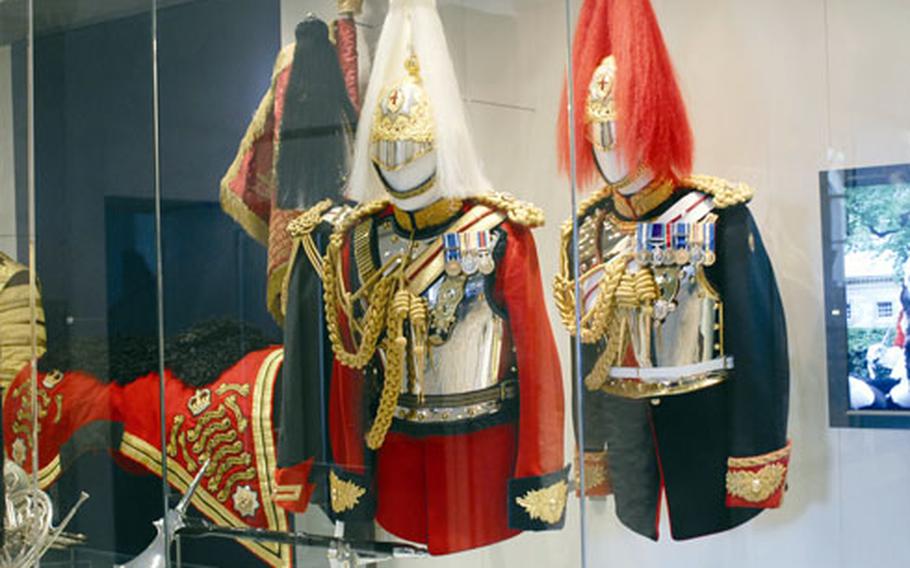 Uniforms worn by the Life Guards and Blues and Royals regiments are among the items on display. ()

Splendid silver-and-gold-helmet-clad soldiers and royal stables befitting a unit tasked with guarding one of Britain&#8217;s greatest treasures &#8212; the monarchy &#8212; may sound like something off-limits to the public. But they can be seen by anyone who visits the Household Cavalry Museum.

The museum, just across St. James&#8217;s Park from Buckingham Palace, has given visitors a glimpse into that world for about two years.

The museum is part of the Horse Guards building that contains the Household Division of the British army and was once the army&#8217;s headquarters. A sign in the museum points out that the arch formed by the building is actually the entrance to the royal residences. It is guarded by two sentries on foot and two sentries on horseback.

"If you combine it with the changing of the guard, then it is more of a visit," said museum director John Lange. "The museum draws around 50,000 people a year."

The changing of the guard takes place at 11 a.m. Mondays through Saturdays and at 10 a.m. on Sundays.

Members of the Household Division have a long history of providing escort services for the monarch, dating back more than 350 years. Their elegant red or dark blue uniforms with white gloves are usually one of the highlights of any ceremony involving British royalty.

The red-clad soldiers, called the Life Guards, are members of the most senior regiment of the Royal Army, Lange said. Soldiers in blue are the Blues and Royals, whose ranks include Prince Harry and Prince William, officers in the regiment.

The division traces its roots to King Charles II&#8217;s return from exile in France in 1660 when he saw the need to establish a guard to protect him.

The museum paying homage to that history and the Household Division&#8217;s continued service is only a small part of the building. But it has plenty of artifacts from the unit&#8217;s past as well as interactive exhibits, with videos about its transformation from swords and horses to modern warfare when the unit deploys.

"One of the key comments and feedback that we get on a regular basis is that people are surprised they can see into the working stables," Lange said. "Each object (on display) has a story to tell, so what we tried to do is put everything as much as possible into the first person.

"It is as if a trooper is there telling the stories or explaining it to the public."

Admission: 6 pounds for adults 18 and older; 4 pounds for children 17 and younger and students; 15 pounds for families with two adults and three children. For groups of eight people or more, 5.40 pounds per person.

For more information, go to www.householdcavalrymuseum.org.uk.