A Little Off Base Haunted Heritage Trail 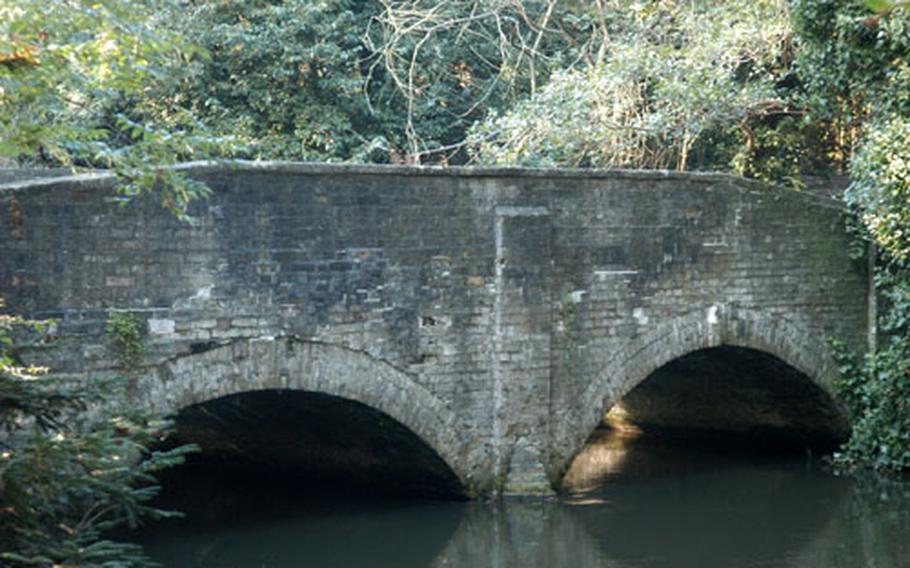 If you dare, take a stroll around the Nun&#39;s Bridges in Thetford. You might run into the ghost of Little Lord Ducre, who has been seen riding his headless rocking horse in the area. (Geoff Ziezulewicz / S&S)

If you dare, take a stroll around the Nun&#39;s Bridges in Thetford. You might run into the ghost of Little Lord Ducre, who has been seen riding his headless rocking horse in the area. (Geoff Ziezulewicz / S&S) 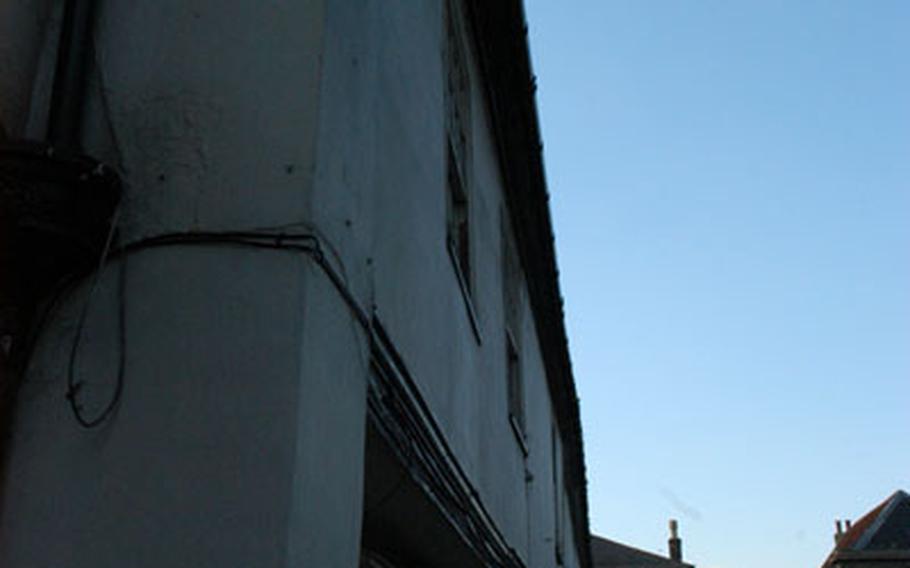 Innocuous as it may look, the Bell Hotel in downtown Thetford is home to a number of spirits, according to employees of the establishment. (Geoff Ziezulewicz / S&S)

Alan Judd doesn&#8217;t really see the ghost of Betty Radcliffe, landlady of the Bell Hotel in Thetford during the 19th century. He smells her.

From nowhere, a lavender scent will waft through areas of the hotel, said Judd, who has managed the hotel for six years.

The Bell Hotel is just one stop of 17 haunted spots on Thetford&#8217;s Haunted Heritage Trail. Starting from the tourism office on King Street, brave souls can check out all the ghoulish spots in this riverside town.

The Bell Hotel was built centuries ago on top of an 11th-century building, and according to Judd, some older residents have stuck around.

One night, coming out of his office, Judd said he saw a hooded monk who frequents the area.

Female guests have had to be moved out of one room, after they reported feeling a pressure on them, he said.

Other spots on the trail include number 14 in the 17-point tour, the Priory of the Canons of the Holy Sepulchre.

In 1937, a group of ghostly monks was heard singing in Latin among the ruins of this building, followed by a single reading from an unknown text. No explanation has ever been reached about just what this all meant.

Monks also have been seen around the Thetford Priory, ghostly hooded figures walking obliviously among their living counterparts.

Stuart Wright, a Thetford councilor, said his grandfather used to tell him tales of seeing ghostly figures while tending to his pigs near the priory.

Or see Nuns&#8217; Bridges, the haunting spot for a boy known as Little Lord Dacre, who is seen in the area riding a headless rocking horse.

Centuries ago, the little boy had died when he fell from his favorite wooden horse and shattered his head. In the 18th century, there were reports that bloodstains were found on the wall of the house where the boy died. Bloodstains that wouldn&#8217;t wash away for 100 years, despite all efforts to remove them.

As the sun sets, make your way to Castle Hill, midway through the trail.

Castle Hill is known as England&#8217;s tallest earthwork, and it&#8217;s believed that a wooden castle once sat atop the mound. Though that castle is gone, many myths abound about the site, surely made stronger by the advent of Halloween.

According to town literature, one story says the hill was created by the devil scraping his boots after building a medieval dyke known as Devil&#8217;s Ditch elsewhere in East Anglia.

For the stout of heart, legend says that walking around Castle Hill seven times at midnight will result in a meeting with the devil himself.

Back at the Bell Hotel, Judd said he also suspects that some American airmen from World War II still frequent the establishment.

What: A 17-point walking tour of all types of haunted spots in the town of Thetford.

When: Whenever you want. Trail brochures are available at the Thetford Tourism and Heritage Partnership office on King Street. An online version is available at: http://explorethetford.co.uk/shared/trails/pdfs/6.pdf.

For more information, call 01842 820689, or log on to www.explorethetford.co.uk. The Bell Hotel also offers tours for patrons staying in the hotel or dining in the restaurant.