A little off base: Go Ape 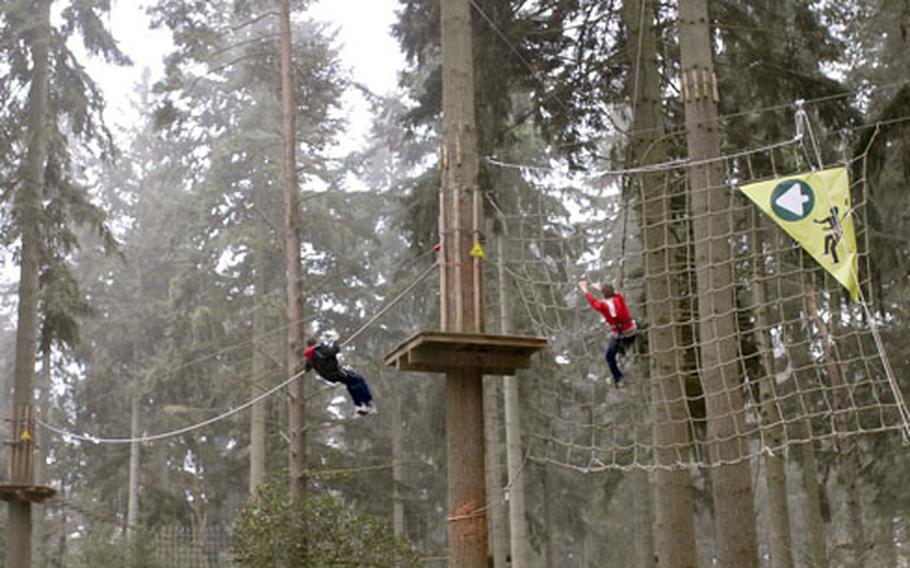 Zip lines let thrill-seekers swing from tree to tree while dangling more than 30 feet above the ground. (Photos by Mark Abramson/Stars and Stripes)

Zip lines let thrill-seekers swing from tree to tree while dangling more than 30 feet above the ground. (Photos by Mark Abramson/Stars and Stripes) 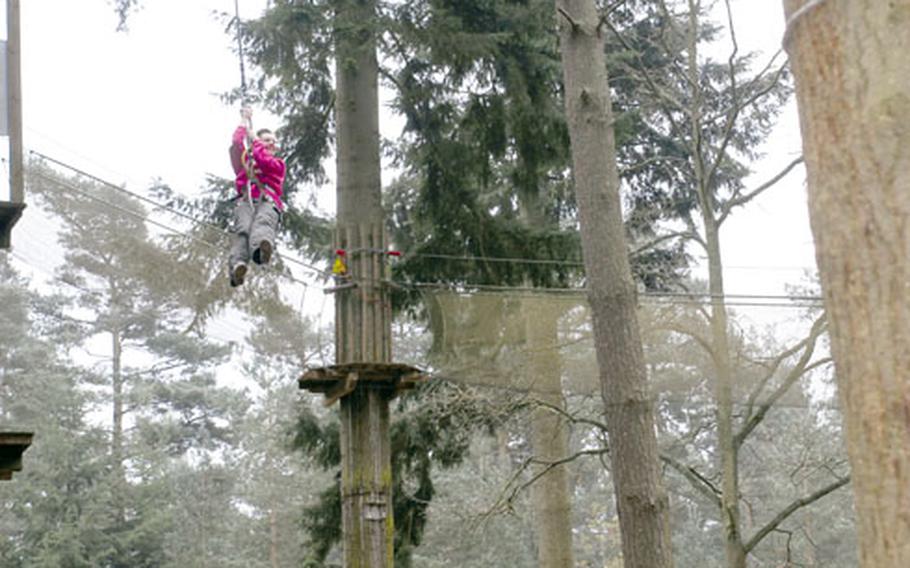 People can swing through the trees at Go Ape in Thetford Forest. The adventure park has myriad obstacles for participants to traverse, from zipping down wires into nets to crawling through wobbly tunnels in the treetops and traversing wooden plank bridges. () 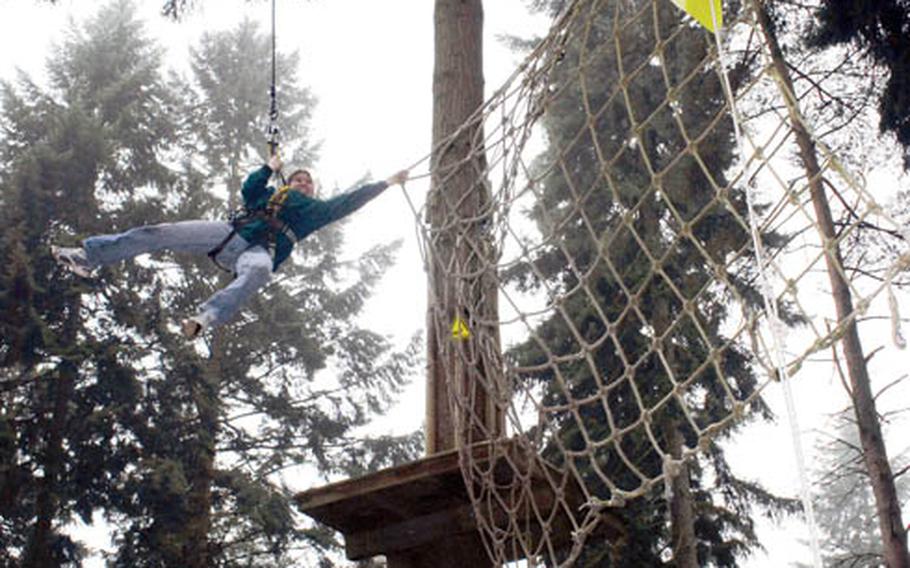 Nets are one way to stop adventure lovers as they fly through the trees at Thetford Forest’s Go Ape. ()

Swinging through trees like monkeys might sound like something reserved for Hollywood stuntmen in an action flick or "Tarzan" flick. But in the Thetford Forest just about anyone can get his or her ape on.

About 35,000 people a year swing into the Go Ape adventure park, nestled in the Thetford Forest&#8217;s treetops about a half-hour drive from RAFs Mildenhall and Lakenheath. It is the first of the company&#8217;s 22 parks around the United Kingdom.

And while many companies are contracting nowadays, Go Ape is going like gangbusters and has plans to expand to about 40 locations by 2012, said Mark Robinson, manager of the Thetford Go Ape.

"I think people enjoy the chance to do something a bit more adventurous than anything they are likely to do (otherwise)," Robinson said of Go Ape&#8217;s allure. "We show people how to do it, and they do it themselves. It is a challenge and it takes people out of their comfort zone."

A lot of Americans know about Go Ape since the company hits the travel fairs on the bases, and the company offers deals for Americans, Robinson said. Various deals to the rest of the public are offered throughout the year and can be found &#8212; along with details on the park and prices &#8212; on Go Ape&#8217;s Web site, www.goape.co.uk.

The Thetford Go Ape spans about 10,000 acres and takes about three hours to finish the course, which includes zip lines to speed down, a wobbly wooden tunnel that must be crossed on hands and knees and high wires to hang on to 30 feet above the ground.

During last Friday&#8217;s off day at RAF Mildenhall and RAF Lakenheath, several Americans were hanging around at Go Ape.

Weathers called the Tarzan swing in which people strap on to a zip line and slide down a wire into a giant net the scariest part of the course.

His wife, Senior Airman Desiree Weathers, who is in the same unit, agreed that anything involving the zip lines is not for the faint of heart. "You have no control (on the lines)," she said.

However, Go Ape boasts a good safety record and operators remind customers during an extensive safety briefing to always be strapped onto one of the lines provided in each area. Children younger than 10 can&#8217;t Go Ape, and that is because they might not be able to grasp all of the safety requirements, Robinson said

Once the safety briefing is done, all are on their own &#8212; unless they ask for assistance from one of the Go Ape employees walking around.