A little off base: Glimpse of Eden in England 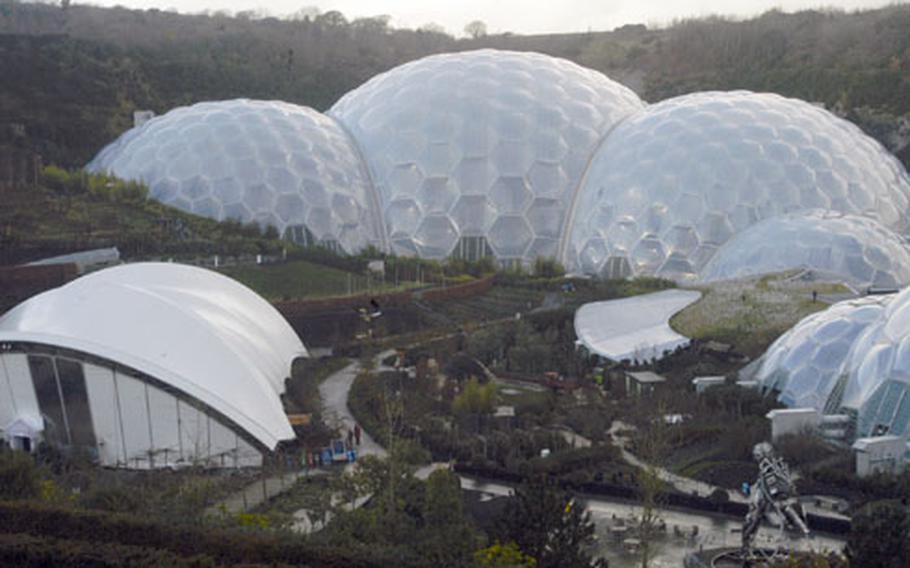 The Eden Project is one of the coastal region’s biggest attractions, drawing about 1 million visitors a year to its forested "Biomes." (Photos by Charlie Reed/S&S)

The Eden Project is one of the coastal region’s biggest attractions, drawing about 1 million visitors a year to its forested "Biomes." (Photos by Charlie Reed/S&S) 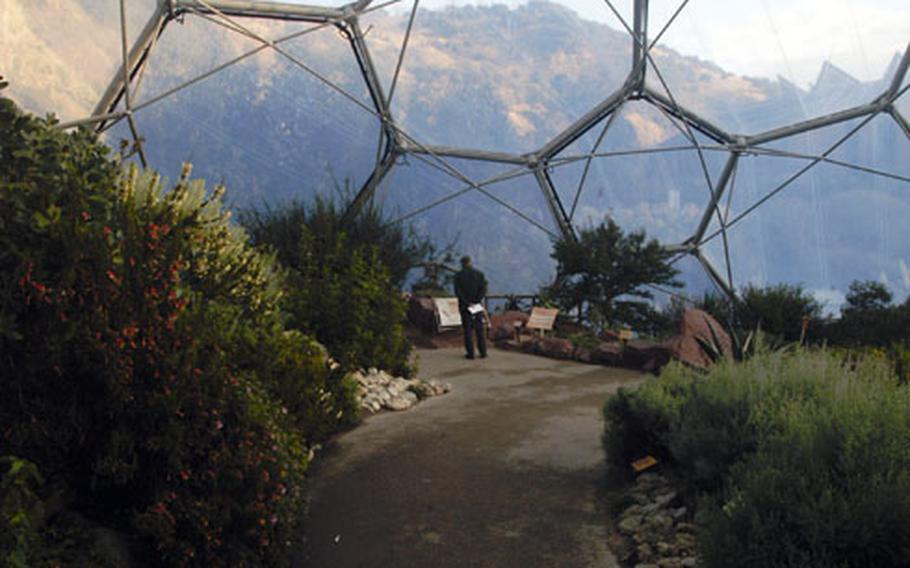 A visitor at the Eden Project admires the extensive varieties of plants and flowers in the "Mediterranean Biome." () 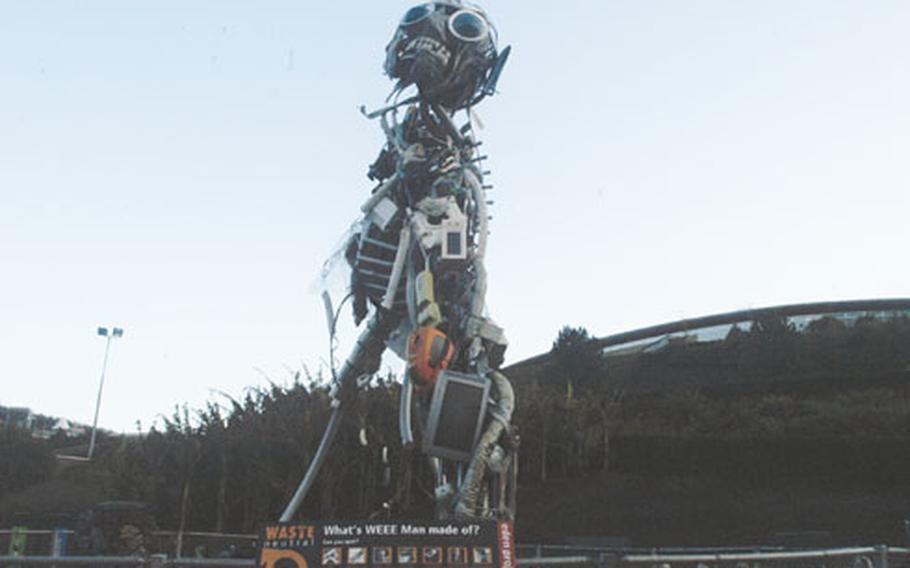 The 50-foot "WEEE" man was made from recycled household appliances. ()

CORNWALL &#8212; In the middle of winter, the trees bare and the sky a blanket of gray, The Eden Project literally stands out as a gleaming, white oasis.

The eco-friendly tourist attraction lives up to the lush scenery its name suggests with a futuristic twist. Courtesy of the massive domes under which thrive towering tropical and Mediterranean forests, it seems almost otherworldly. Picture giant golf balls sprouting from the ground like mushrooms, and that&#8217;s the Eden Project.

As you wind down the old china clay pit from whence it sprung, the 35-acre complex is a sight to behold before you even get out of the car.

The brainchild of record producer-turned-eco-businessman Tim Smit, the Eden Project has grown into one of the country&#8217;s most-visited attractions, gaining on venerable sites such as the Tower of London (which, by the way, could literally fit inside the "Rainforest Biome," according to Eden Project staffers).

Since its opening in 2001 &#8212; made royal with an appearance by Prince Charles &#8212; the Eden Project has drawn 8 million tourists (and locals) to its grounds.

Polished and eye-catching at every turn, the Eden Project is like a green Disney World without the rides. Fueled by an artistically driven marketing team, there are quirky displays and sculptures throughout the grounds and seasonal events to delight visitors year round. Adding to its subtle commercial appeal are a variety of outlets for food and souvenirs.

A hulking 50-foot "monster" made from recycled household appliances soars in the "Outdoor Biome" &#8212; basically the meandering gardens in between the forest-filled industrial plastic bubbles. And events such as the current Winter Wonderland &#8212; including an ice-skating rink and other holiday-themed activities &#8212; at the Eden Project and big-name summertime concerts attract those who aren&#8217;t even gah-gah for Mother Nature.

Still, non-tree hugging visitors are bound to leave with at least a smidgen of the environmental message at the heart of the Eden Project. All its exhibits, events, workshops and educational programs aim to remind people what nature provides to people and how people can return the favor.

"In a nutshell, Eden promotes the fact that we are all dependent on plant life," said spokesman David Rowe.

All the profits made at the Eden Project &#8212; a $220 million (about 135 million pounds) endeavor funded by public and private money &#8212; revert to a trust that maintains the property and funds some of its outreach programs.

Whether you&#8217;re planning a trip to Cornwall specifically to see the Eden Project or just getting down to explore this unique coastal region and want to check it out, it&#8217;s worth dedicating an entire day to explore this contrived natural wonder.

When: The partially enclosed attraction is open year round