A little off base: Combat Paintball LTD 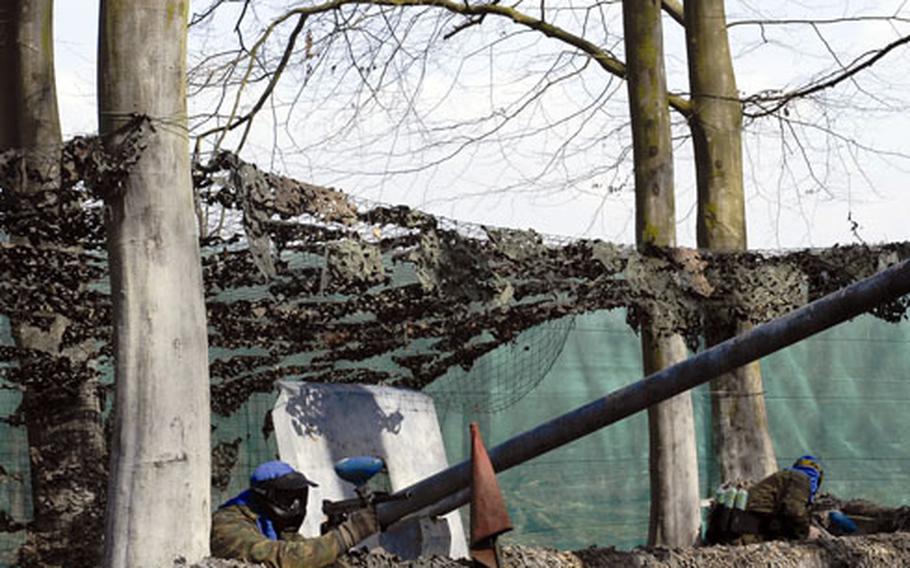 Air Force Staff Sgt. Declan Wohlwinder defends an artillery bunker during a game against fellow airmen at Combat Paintball LTD near Thetford. The paintball facility has several play areas for paintballers to square off against one another. (Photo by Mark Abramson/S&S)

Air Force Staff Sgt. Declan Wohlwinder defends an artillery bunker during a game against fellow airmen at Combat Paintball LTD near Thetford. The paintball facility has several play areas for paintballers to square off against one another. (Photo by Mark Abramson/S&S) 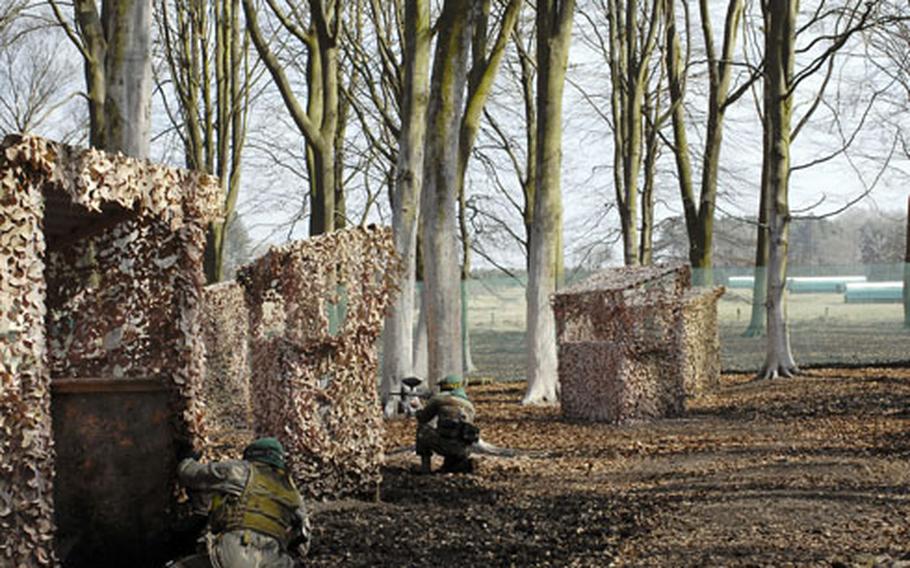 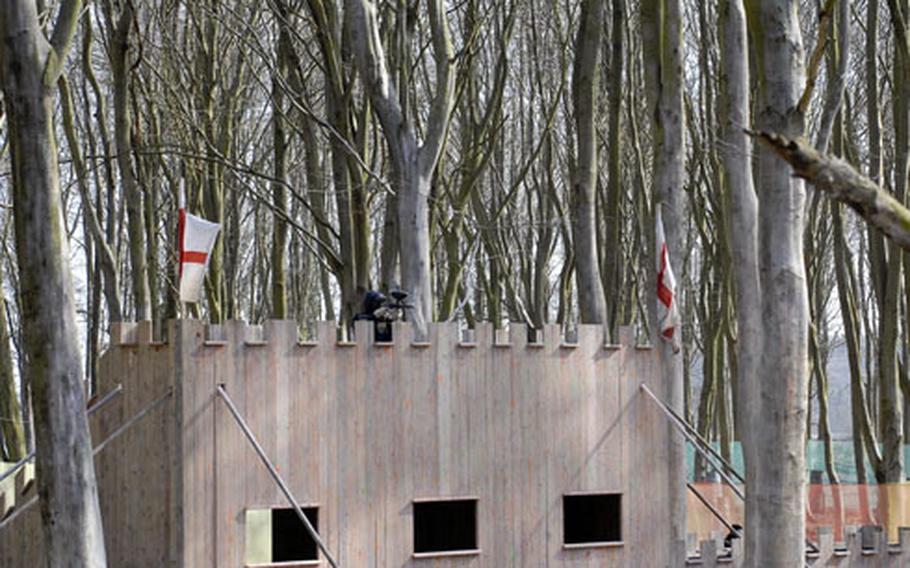 A player defends the high ground in the Holy Grail Game. (Photo by Mark Abramson/S&S) 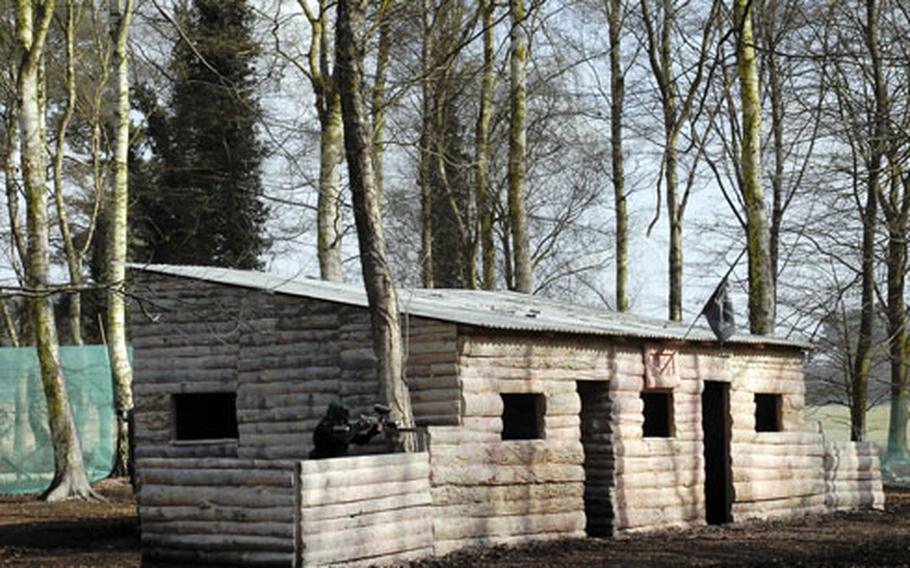 A paintballer protects the lodge in a timed game in which the attacking team has about 10 minutes to take the lodge by advancing and shooting everyone inside. (Photo by Mark Abramson/S&S)

There is a place near Thetford where you can storm a fort, hop from bunker to bunker to avoid enemy fire and duck behind a tank to take out the bad guys.

That place is Combat Paintball LTD and its many game zones in the Thetford Forest. The zones include the Holy Grail Game, where paintballers square off to defend and attack one of the area&#8217;s towers. There is also Tanktastic, where players can duck behind a mini-tank, and Bunker Busters where players hop from bunker to bunker to advance on their enemy&#8217;s position. The facility also has laser tag for the children and anyone who doesn&#8217;t want to get splatted.

Teams square off by advancing on each other, ducking behind obstacles and trees, lobbing stun grenades, paintball grenades and popping smoke to add more cover.

Last Friday, groups of Americans from RAF Lakenheath and RAF Mildenhall took the day off to try their hand at it.

Combat Paintball also hosts tournaments and night games in its speedball field, which has inflatable objects for players to duck behind. Tournaments typically consist of five-man teams vying to win a trophy or up to 100 pounds.

People come from all over England to play in the tournaments, co-owner James Lambert said.

"We get a lot of Americans," Lambert said. "We have adverts besides the road and a strong Internet presence advertised in justoffbase.com. I think the biggest thing that seems to work for us is word of mouth."

Lambert&#8217;s business partner is Pierre Turburville, who served in the British military.

After seven years of watching paintballers battle it out, Lambert said he noticed that people get hooked on it and military servicemembers &#8212; whether they are Yanks or Brits &#8212; don&#8217;t necessarily have an advantage over the civilian competition.

"Sometimes [military experience] seems like a disadvantage," Lambert said. "Paintballs don&#8217;t travel as far as a rifle. The (paintball) guns have a range of about 100 feet. It is closer combat than modern warfare tends to be."

In addition to feeding players&#8217; appetite for fun, Combat Paintball LTD also has a burger stand and it offers free tea and coffee to players. Discounts can allow groups of 10 or more players to play the whole day for 5 pounds apiece. The group deal includes the first 100 paintballs, all of the safety equipment and the paintball gun. Groups of 20 players get a free burger and jacket potato as well.

Lambert and Turburville have also seen their business skyrocket since they opened.

"Seven years ago we thought we were busy with 20 players (a day), now we are coping with 250 players in one day," Lambert said.