A Little Off Base: Circus with Russian dressing 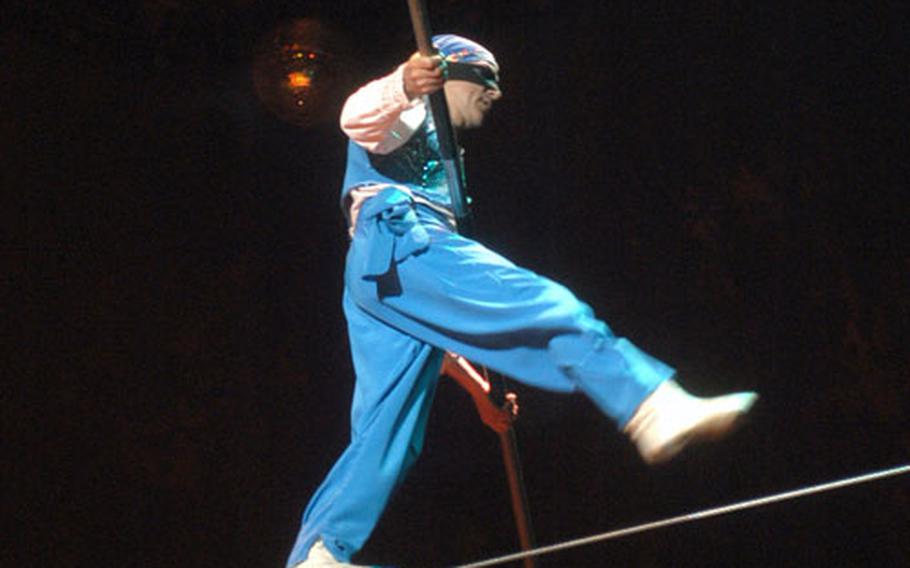 A blindfolded Highlander performs a high-wire act above the crowd at a recent Moscow State Circus show in Norwich. (Sean Kimmons / S&S)

A blindfolded Highlander performs a high-wire act above the crowd at a recent Moscow State Circus show in Norwich. (Sean Kimmons / S&S) 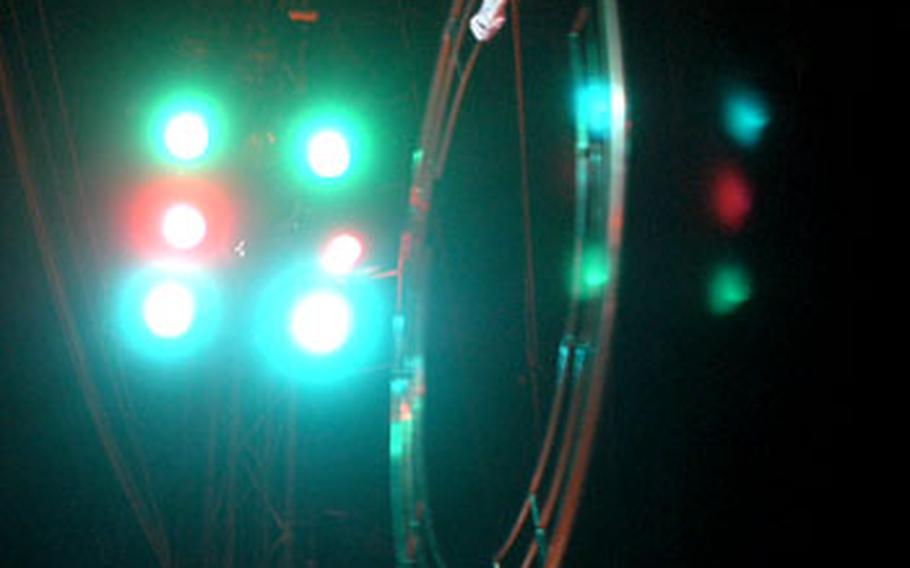 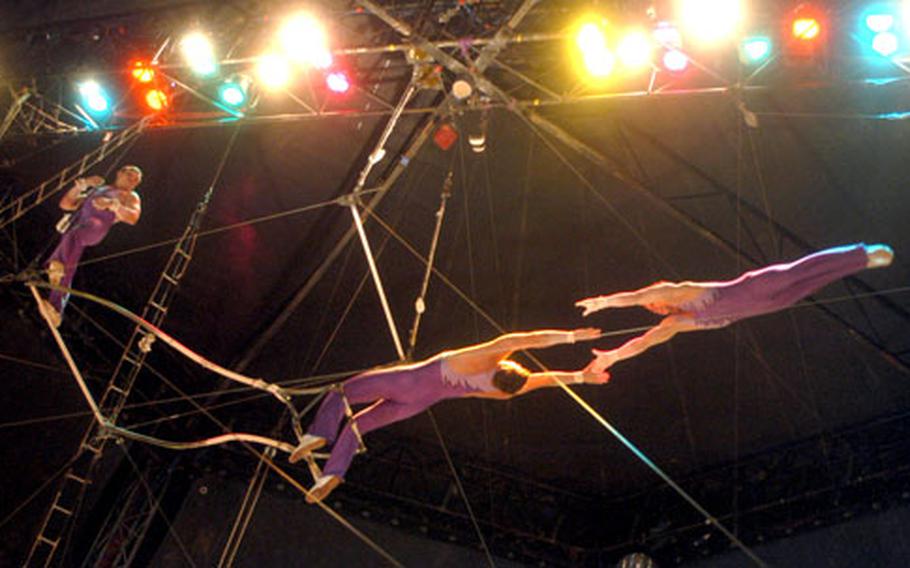 A Moscow State Circus trapeze performer flies through the air above the crowd during a recent show in Norwich. (Sean Kimmons / S&S) 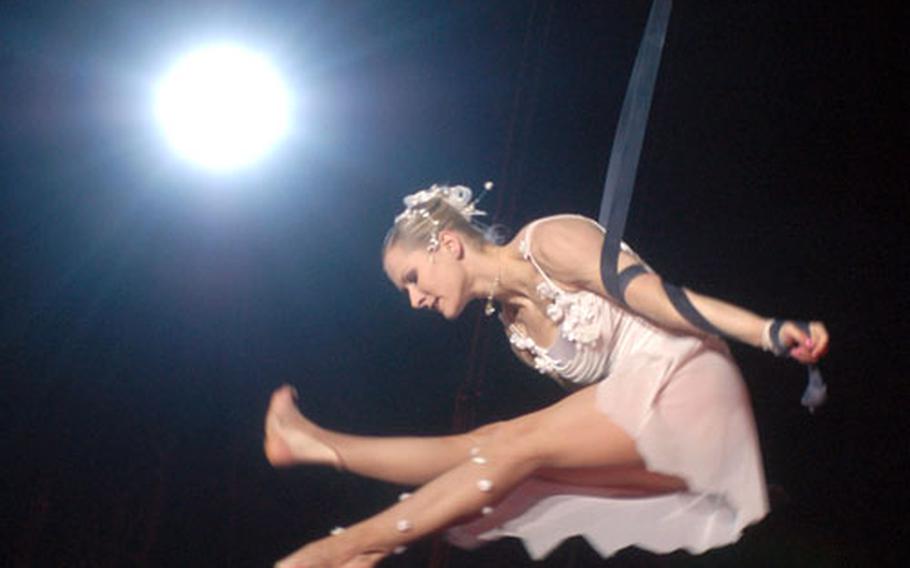 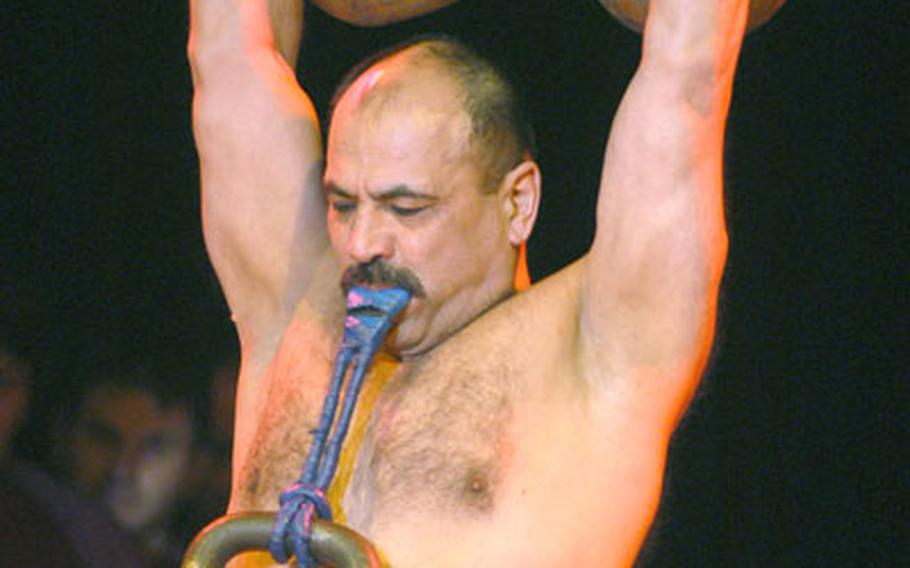 Bakhrom Akhnazarov, or Hercules, lifts weights with his arms and teeth as part of his act with the Moscow State Circus. For his finale, Hercules is run over by a truck. (Sean Kimmons / S&S)

NORWICH &#8212; Natalia Egorova mesmerizes spectators some 50 feet below, soaring above them while performing an aerial gymnastics show with the greatest of ease.

Gracefully, Egorova swings and twists high above the crowd with no safety harness in sight. Her grip, tightly fastened to tether ropes, is the only thing keeping her from falling to certain death.

Egorova is a member of the multi-talented Moscow State Circus, which will be at the Bourne Park Arena in Ipswich from Wednesday to Sunday as part of its tour across England.

The two-hour show includes acrobatic acts of leaping, balancing, juggling and trapeze performances. It also features a &#8220;Hercules&#8221; strong man and, of course, the ever-present clowns that provide comic relief throughout the show. You won&#8217;t find lions, elephants or any other animals at this circus, though.

Both children and adults at a show in Norwich last week appeared to be entertained by the circus, which features a distinctively Russian flair. A hush fell over the crowd as a blindfolded &#8220;Highlander&#8221; attempted a high-wire act. Silence fell about the place again when a truck ran over Hercules.

The clowns pulled shenanigans on each other or on some surprised spectators thoughout.

The show takes place in a classic circus tent. Inside, seating surrounds most of the ring and is close to the action. This arrangement offers an excellent chance to interact with the clowns.

There is some truth in that claim. You won&#8217;t find special effects or digitally enhanced gimmicks at this show. There&#8217;s still much to be said for enjoying a good, old-fashioned circus when it rolls into a town near you.

For more information on the Moscow State Circus show, see Page 14 or go to www.moscowstatecircus.co.uk.