A Little Off Base: Benjamin Franklin House peers into statesman's life in London 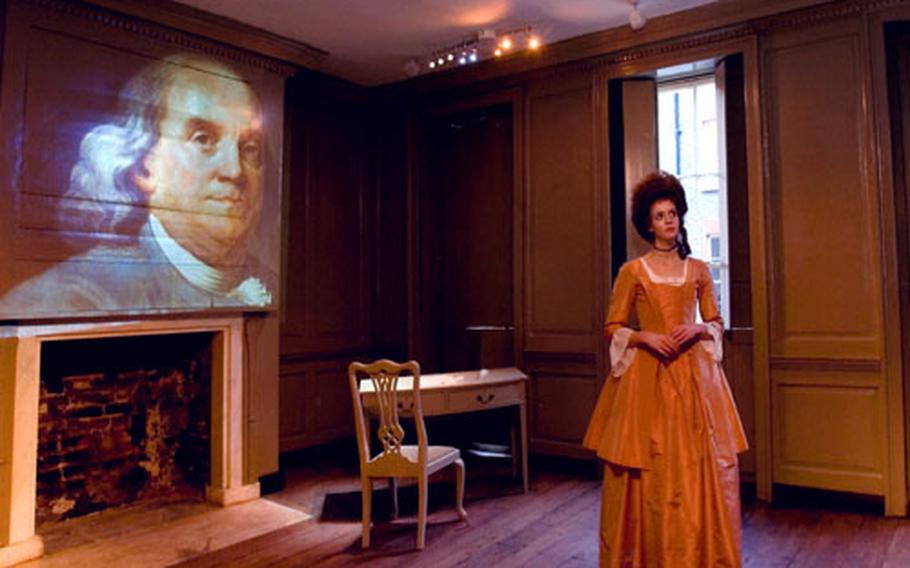 An actress playing the role of Polly Hewson, the daughter of the landlady of the house where Benjamin Franklin lived in London, stands in the famous American&#39;s parlor while an image from the &#39;Historical Experience&#39; is projected on the wall. (Photo courtesy of Ben Franklin House)

An actress playing the role of Polly Hewson, the daughter of the landlady of the house where Benjamin Franklin lived in London, stands in the famous American&#39;s parlor while an image from the &#39;Historical Experience&#39; is projected on the wall. (Photo courtesy of Ben Franklin House) 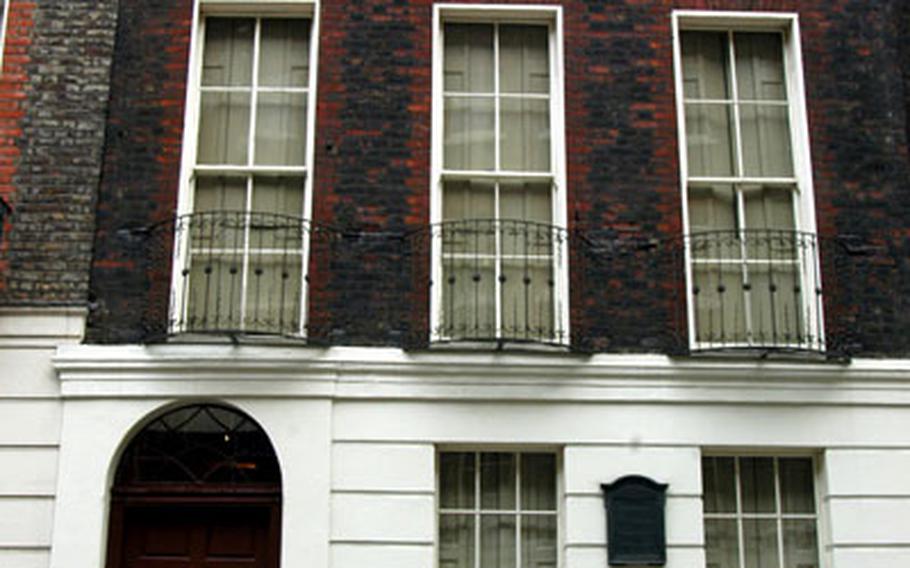 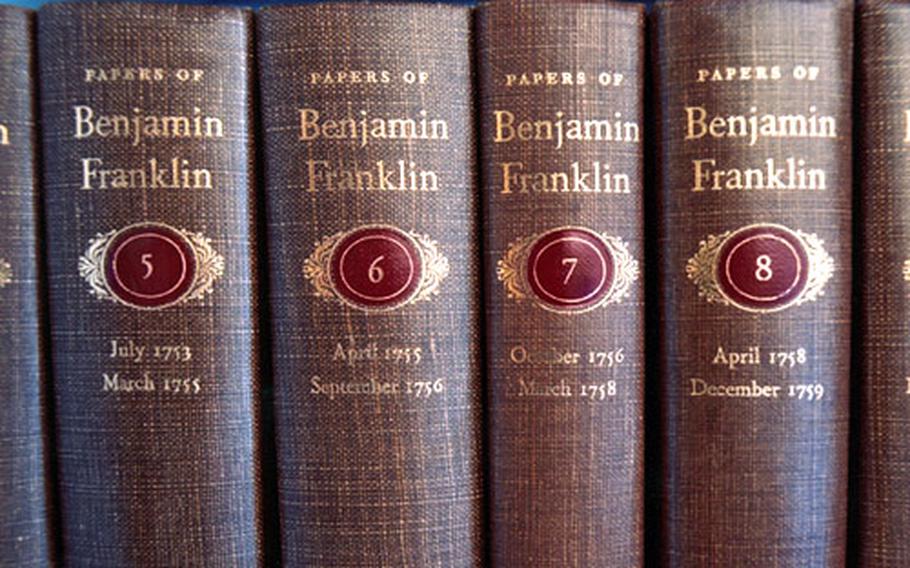 LONDON &#8212; It takes a minute to get used to the format of the Benjamin Franklin House Historical Experience at 36 Craven St. in central London, the temporary English home of the famed American statesman in the mid-1700s.

As the door closes behind you in a dimly lit, mostly barren room in the basement of the restored home, a girl&#8217;s disembodied voice suddenly speaks from above and behind, talking in colonial-era syntax about cranberries imported from America.

Then, in response, the costumed actress who serves as your guide responds in similar language, talking to the air, laughing at the voice&#8217;s jokes and pretending to eat some invisible fruit while pictures of cranberries are projected on the walls.

It makes for a slightly odd 60 seconds or so, but, once adjusted to the experience, it&#8217;s part of the charm of the recently redeveloped Benjamin Franklin House, opened for the first time to large-scale public tourism earlier this year.

Once the home of the founding father while he served for 16 years as a diplomat to the British parliament between 1757 and 1775, the building was used as a hotel and as a base for several nonprofit groups in the 20th century, according to its Web site.

In 2002, workers began to restore the home, a project that took nearly four years and around 3.5 million pounds to complete, de Guzman said.

While many homes of famous people from gone-by periods, such as Shakespeare&#8217;s, have been re-furnished and decorated to look as they might have when the noteworthy inhabitant lived there, the Benjamin Franklin House has gone for something different.

The result is the involving multimedia/live-action Experience, a 45-minute show that uses the house to take viewers through a narrative of Franklin&#8217;s life and accomplishments.

The tour starts with a short video in the basement outlining Franklin&#8217;s life as a statesmen, inventor, scientist and philosopher. Then an actress playing the role of Polly, the landlady&#8217;s daughter, arrives to guide you around the house.

The concept is that you, the visitor, are a guest in the house, and Polly interacts with you and the invisible characters in the various rooms, played by voices piped in over wall-mounted speakers.

In the parlor, for instance, visitors stand behind three empty chairs supposed to be occupied by people having tea and talking &#8212; both to each other and to Polly, who speaks back to them &#8212; about Franklin&#8217;s scientific endeavors. In the meantime, images of Franklin and his inventions are projected on the wall.

Later, Franklin himself (voiced by Peter Coyote) speaks, both in narrating his own letters and talking to Polly about such things as his family in America and colonial politics.

In all, the Experience is extremely thorough and informative about Franklin and his life in London and presented in a unique way, but the house itself fails to impress much.

The floorboards, steps and doorjambs all are pleasingly warped and oblique, sure, but there is virtually nothing in any of the rooms. No furniture, no artifacts, no paintings or decorations, just bare walls painted solid colors, and because of the need for darkness for the projections the shutters all are closed. Not that developers had much to work with &#8212; Franklin occupied just a few small rooms on the second floor of the home &#8212; but the result is a small series of dim, empty chambers.

Still, it&#8217;s a different way to learn about one of America&#8217;s greatest founding fathers in the heart of London, a rare chance in a foreign country.

Location: 36 Craven St., near the Charing Cross tube station and Trafalgar Square. Tours, however, begin at the New Players Theatre, around the corner in an area called The Arches on Villiers Street.

Price: 8 pounds for adults, 5 pounds for children. There is a half-pound fee for booking online. Tickets may be reserved online for specific show times.