A Little Off Base: Approval of the seal watching 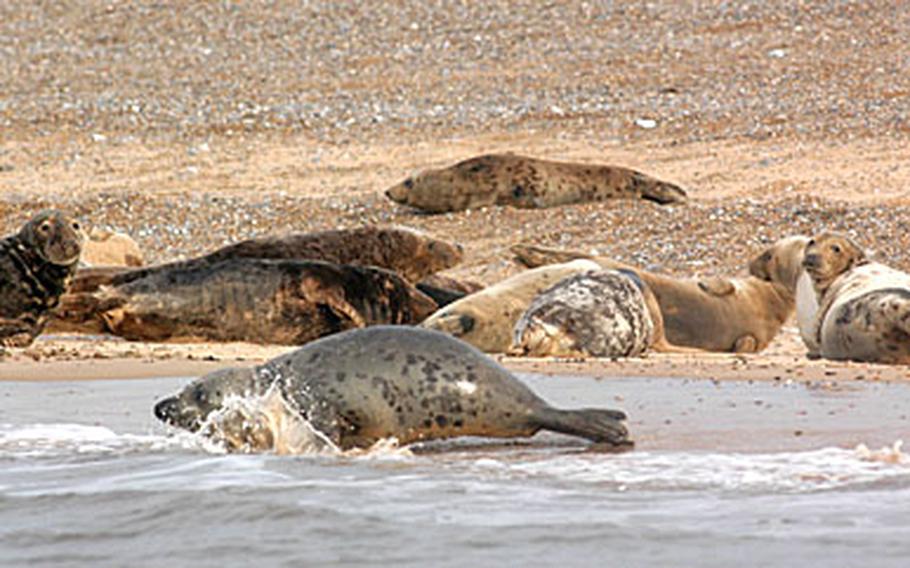 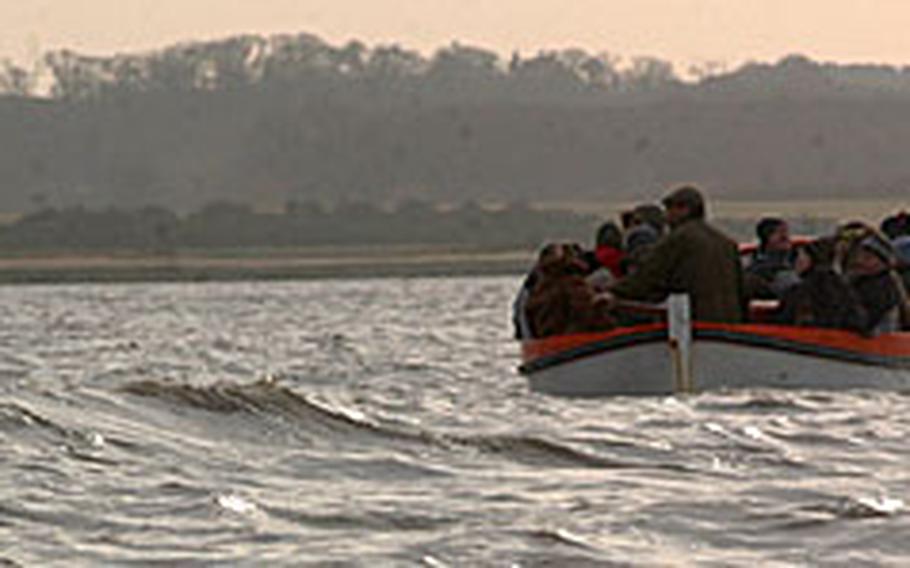 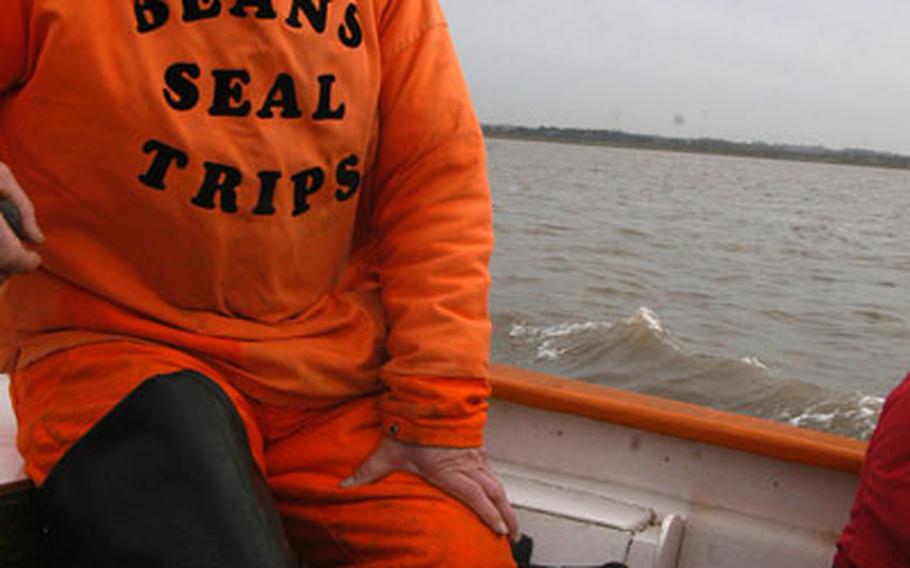 MORSTON &#8212; It can be easy for servicemembers in England, marooned in a vast expanse of fields and fens, to forget they live in an island nation and that they&#8217;re just an hour or so from the coast.

But go in the right direction to the seaside and it&#8217;s possible to see creatures that, in a country not known for its exotic fauna, can be the focus of a rare wildlife-viewing experience for landlubbers.

Unlikely as it may seem, the rocky shores of North Norfolk, just an hour or so from King&#8217;s Lynn and about two hours from RAFs Lakenheath and Mildenhall, are home to a robust colony of wild seals. They can be viewed at relatively close range through local boat companies.

One of the oldest in the area is Beans Boat Trips, a family-run venture out of Morston Quay, the tiny wharf on the verge of the Blakeney Point nature reserve, where the seals and a range of waterfowl make their home.

Much of the current seal population &#8212; made up mostly of a species called the gray seal &#8212; came to the area a little more than a decade ago when the local common seals began to die off as the result of a viral infection, said Graham Bean, one of the owners and skippers for the trips.

A group of gray seals was introduced into the area to try to keep population levels up, and the transplants bloomed into a colony of about 400 to 500 individuals, Bean said. Those seals make up the star attraction of Beans&#8217; boat rides.

A tour with the Beans starts in the tiny town of Morston. Participants, in groups of 20 or so, board wide, shallow boats.

The ride to the seals&#8217; basking area takes about a half-hour. Along the way the guides point out various species of birds and answer questions about the animals and the region.

On arrival at the very tip of Blakeney Point, the boats round a corner to reveal &#8212; at least on a recent trip &#8212; dozens of mottled brown, cigar-shaped bodies lying on the sand, their telltale seal flippers poking out. As the boats approach, sometimes to within 100 feet or so of the shore and the animals, the heads of other seals pop up at the surface as they head to and from their feeding grounds.

Several, apparently curious about the boats, even swim to within a few yards of the gunwales, their pear-shaped nostrils flaring as they breathe.

Gray seals are large but not enormous animals, with males, the larger of the two sexes, growing to a weight of up to about 700 pounds, Bean said. Pups are normally calved in December, with the common seals &#8212; an occasional sight at Blakeney Point &#8212; having their pups in the summer, he said.

After 10 to 15 minutes of viewing, the boats turn around and head back for the quay, completing the trip in about an hour.

Bobbing past the animals at close range is an interesting experience, if not an adrenaline-pumping one, though the guides are knowledgeable, spinning stories of local lore and history, in addition to information about the seals.

And in England, a little bit of wild-animal watching can be a rare experience.

Getting thereDirections: To get to Morston from the King&#8217;s Lynn area, the Beans recommend taking the A148 (not the coastal 149) east to Fakenham or Sharrington and then head north to the coast. The Beans&#8217; office and the quay are in the center of town. The post code is NR25 7AA.

Times: Trip times depend on tides and demand, and it is important to book ahead of time to guarantee a seat. In the winter, the boats go out once a day, twice a day in the warmer months when some also land at Blakeney Point and allow people to get off. Trips with a stop take between 1&#189; and two hours.