A Little Off Base: Alive ... and well at Suffolk park 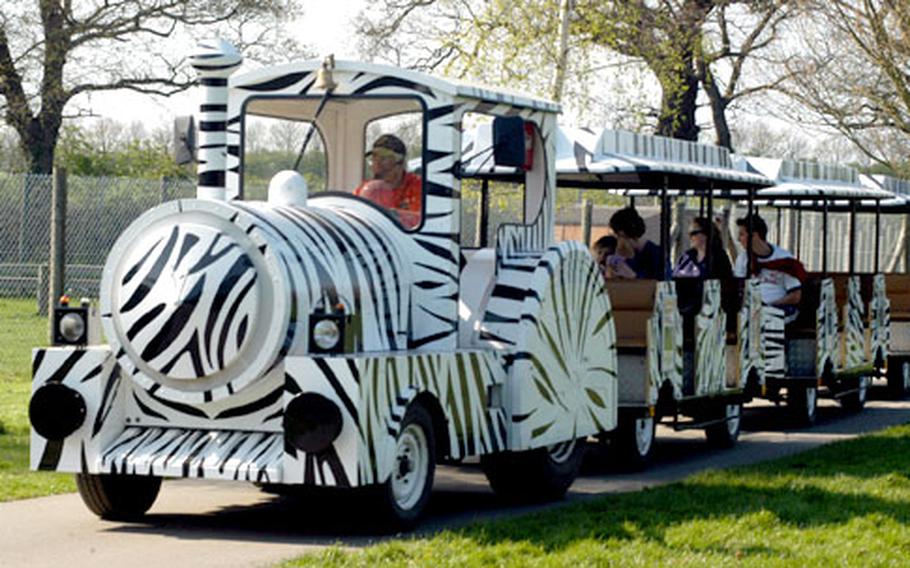 A train on tires carries guests around the Africa Alive park on a gorgeous day in May. (Bryan Mitchell / S&S)

A train on tires carries guests around the Africa Alive park on a gorgeous day in May. (Bryan Mitchell / S&S) 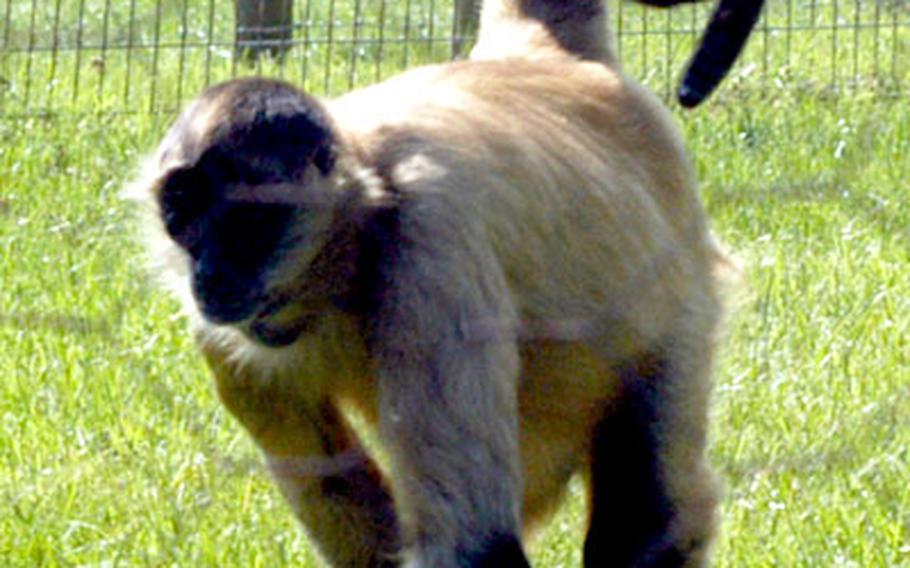 A spider money moves on all fours toward a group of other monkeys. (Bryan Mitchell / S&S) 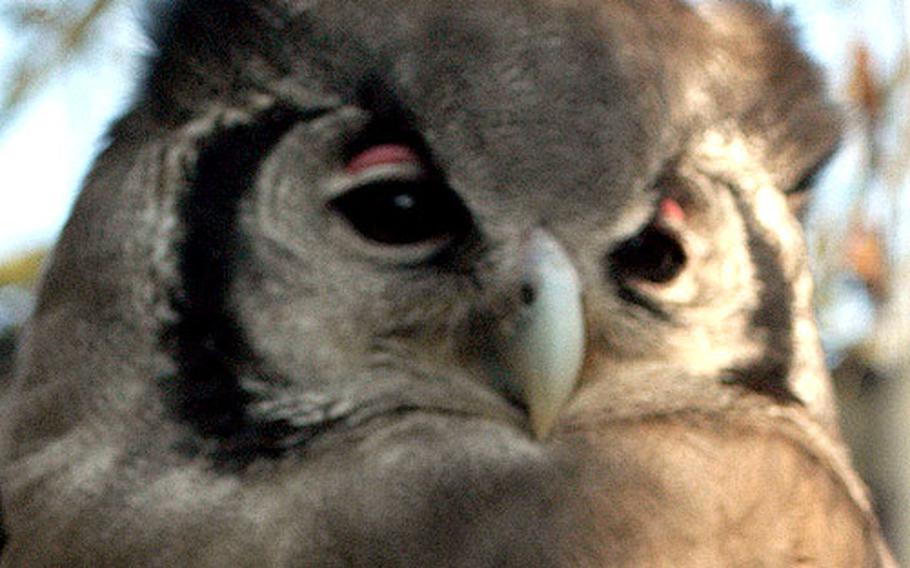 LOWESTOFT &#8212; Take 100 acres of Suffolk coastal property, add dozens of animals from across Africa and top it all off with a train painted with zebra stripes.

That&#8217;s the recipe Suffolk Wildlife Park used to create one of the most unique visitor attractions in east England.

Africa Alive is a wonderful day trip for families wanting to combine the enjoyable spring warmth of Suffolk with an educational experience for young and old.

Set on a beautiful tract of green rolling land a few miles south of this picturesque, historic port town, Africa Alive is home to a diverse collection of wildlife that includes mammals, birds, reptiles and invertebrates.

It makes The Discovery Channel seem boring by comparison but also begs for a couple of leisurely strolls around the well-manicured grounds.

The park converts the Suffolk land into a scaled-down version of diverse African habitats.

Visitors are able to peek briefly into the savannah, which boasts the highest concentrations of predators in the world; the rainforest, threatened today by mass deforestation; the Great Lakes, one of Earth&#8217;s most diverse freshwater systems; and the deserts, home to an amazing 1,620 species of plant life.

Guests enter the park and immediately find lions and cheetahs roaming about their caged sanctuaries.

During one visit, they were fed a snack about 3 p.m., which made for an interesting sight. A well-informed guide provided a brief, interesting tutorial on the speedy mammals before throwing chunks of meat over the fence to the eagerly awaiting predators.

Cheetahs can jump nearly 9 feet in the air to catch prey. Their athletic prowess was on display as they leapt to snatch their snacks.

A few other interesting facts collected from a day ambling about the grounds:

A rat can squeeze through a gap roughly one-third its size.

The park yields not only a plethora of interesting facts, but also some odd-looking animals. The delightfully plump Ankoie Cattle, the tiny Somali Wild Ass and the frightfully aggressive hyena all make one wonder about evolution.

All told, though, it&#8217;s much more fun to marvel at the giraffe&#8217;s outstretched neck, the zebra&#8217;s unique stripe patterns and the chimpanzee&#8217;s incredible humanlike features.

All these animals and more add up to a fun yet relaxing day that can entertain everyone in the family.