A Little Off Base: A way to the past at Peterborough 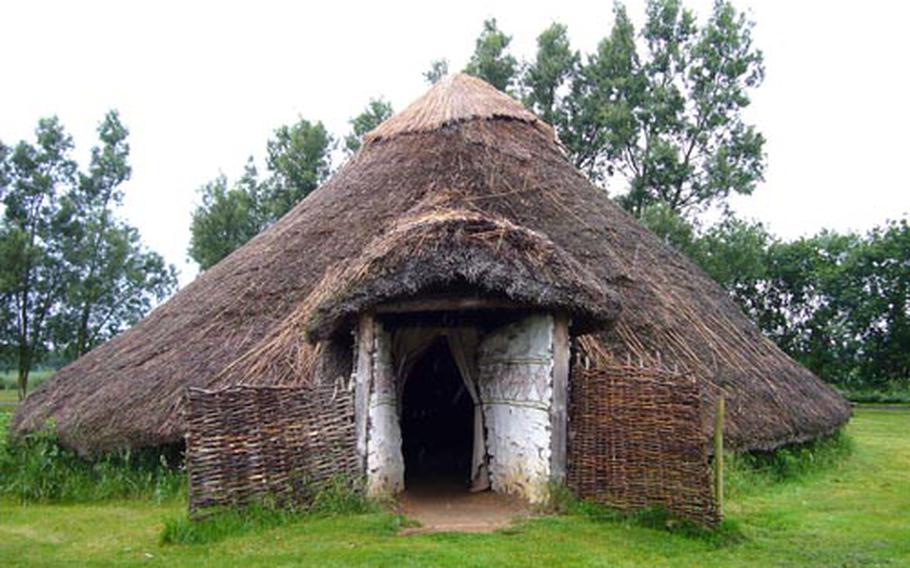 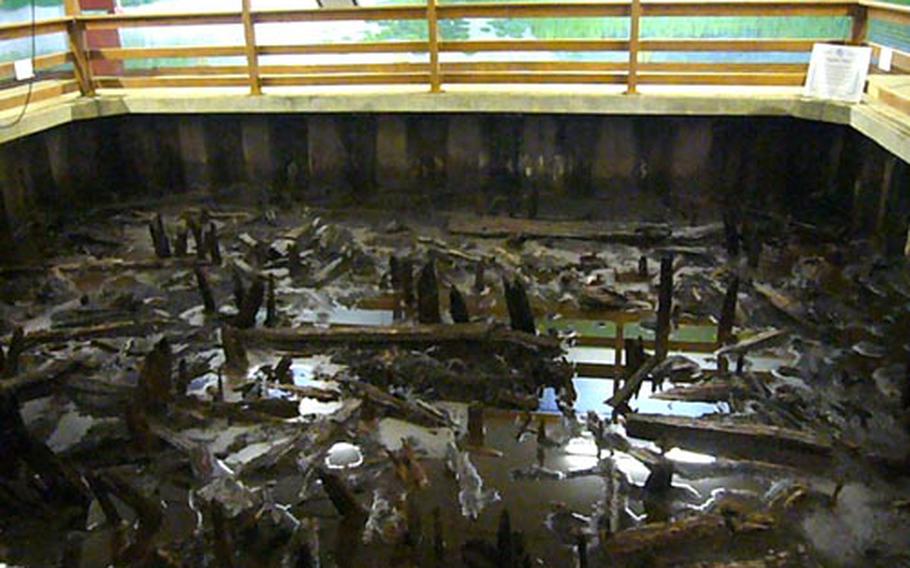 Remains of the 3,500-year-old causeway at the Flag Fen Bronze Age Center outside of Peterborough. The center also has other ancient sites and artifacts on display. (Sean Kimmons / S&S) 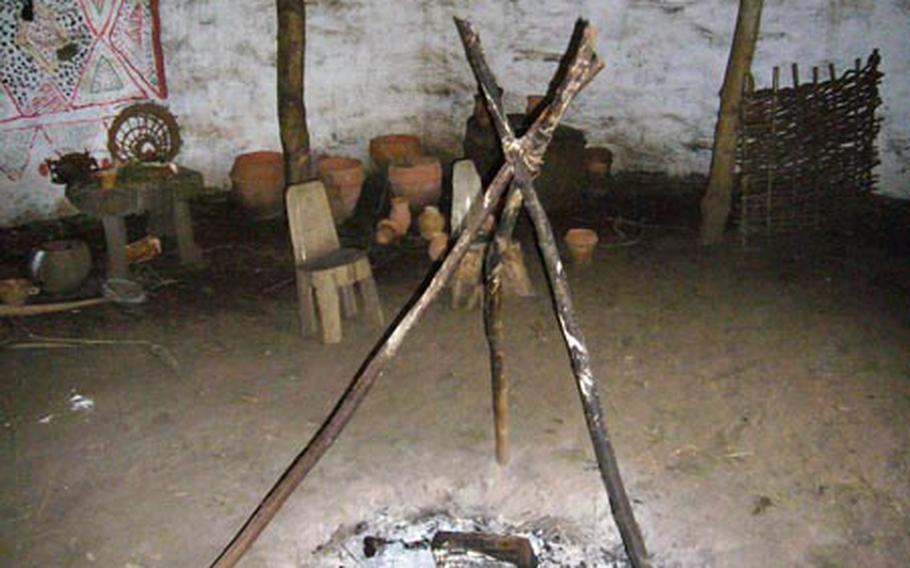 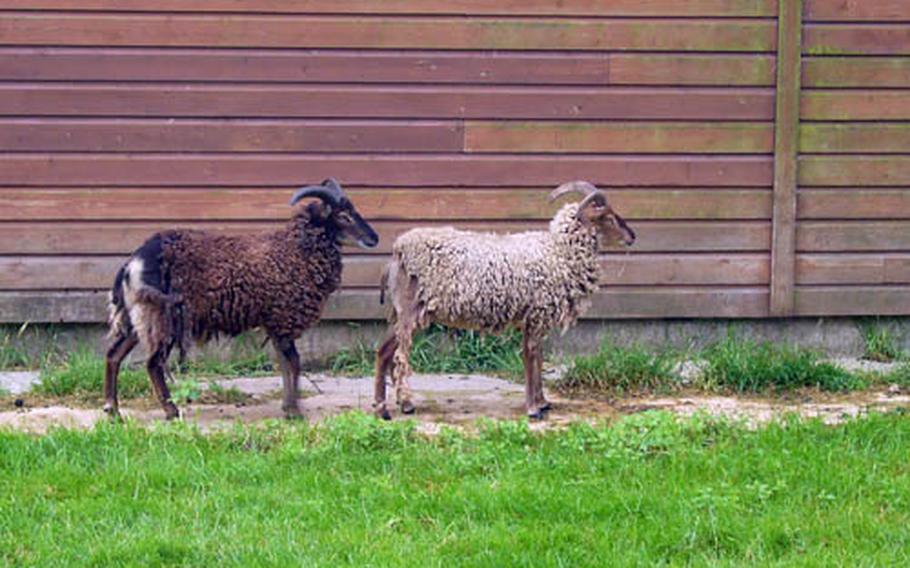 Two Soay sheep munch on the center&#39;s grasses. Soay sheep are close relatives to the sheep once farmed in the area during the Bronze Age. (Sean Kimmons / S&S) 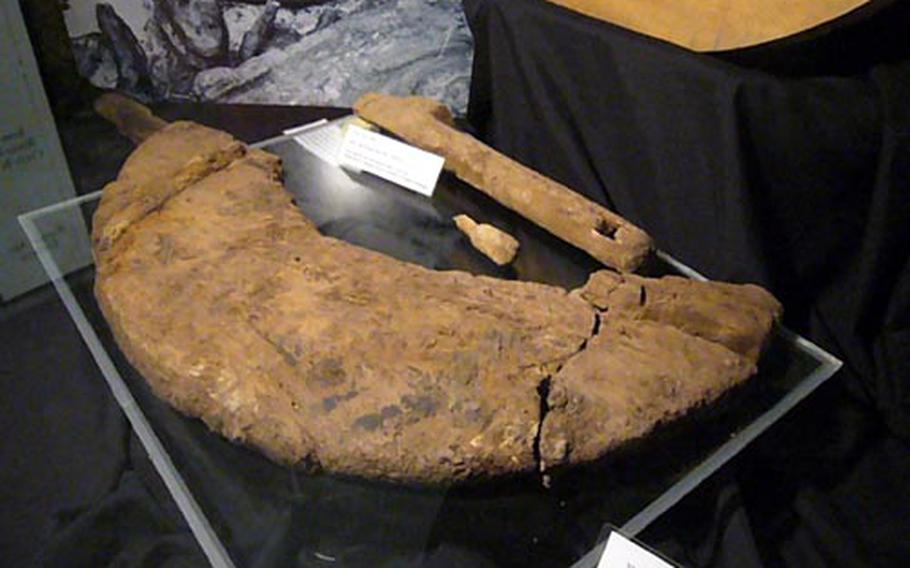 The remains of the oldest wheel ever found in England can be seen at the center. It&#39;s thought that the wheel was used on a lighter vehicle for carrying people. (Sean Kimmons / S&S)

PETERBOROUGH &#8212; It must have been an impressive sight thousands of years ago. Roughly 60,000 timber posts and 250,000 wooden planks lined up for a mile to create a ritual causeway over a marsh.

Today, the 3,500-year-old causeway lies beneath layers of soil, except for a small portion on display at the Flag Fen Bronze Age Centre and Archaeology Park outside of Peterborough.

Pieces of the ancient wooden structure are preserved in a moisture-rich indoor setting to avoid the wood from drying out. Visitors can enter the room and observe the site from a balcony. However, the timbers have deteriorated over time and now are just stumps sitting crookedly in muddy peat.

On the other hand, it&#8217;s amazing to see a Bronze Age structure at least 15 times older than the United States.

In addition, the sprawling center has other sites to occupy visitors. A few of them are reconstructed Bronze Age and Iron Age roundhouses. The small thatch-roof homes are surprisingly cozy inside with a fire pit as the centerpiece used for cooking and to combat frigid weather.

Next to one of the houses is the site&#8217;s museum, featuring a collection of artifacts excavated from the area. Perhaps the most prized possession is the remains of the oldest wheel in England. Another is a rare gold ring as well as swords and more pieces of metal work.

Discovered in the early 1980s, the causeway is considered one of Europe&#8217;s premier archaeological sites. Only 10 percent of the structure has been uncovered thus far, according to the Flag Fen Web site.

The center needs to generate 200,000 pounds each year to fund future excavations, the Web site added.

A project is under way to reconstruct the ancient causeway for a better visualization to visitors. Workers recently fitted 30 wooden posts into the ground above the original site.

"Already, the monument is becoming visible," said Mike Webber, the center&#8217;s learning officer. "It&#8217;s going to be an ongoing project for several years."

The exact purpose of the site is unclear. Some argue the causeway was used as a marsh crossing, while others say the island that the structure once crossed was a refuge in times of trouble. There is also evidence that supports the theory that it was a ritual site, since many offerings were discovered nearby.

For its living-history aspect, the center has a couple of pigs and sheep closely related to species that roamed the area during the Bronze Age.

The center plans to host an archaeology festival with hands-on activities July 19-20. Role-players will invade the center Aug. 30-31 to demonstrate primitive weapons.

Getting thereLocation: The Droveway, Northey Road, Peterborough, PE6 7QJ. The center is located on the east side of Peterborough near a power station. Be sure to follow the brown tourist signs beginning at the A1 highway&#8217;s exit 17.

Admission: 5 pounds for adults and 3.75 pounds for children. Children younger than 5 are free.