A little off base: A home for the past 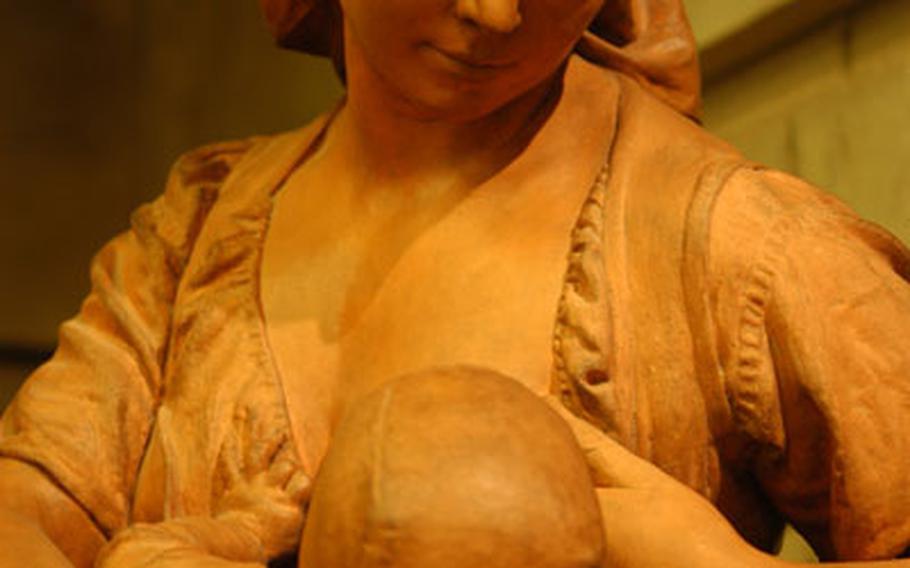 The Victoria and Albert Museum in London&#39;s South Kensington neighborhood is a free art institution, full of pieces from around the world, such as 19th-century terra cotta sculpture known simply as "Peasant woman nursing a baby." (Geoff Ziezulewicz / S&S)

The Victoria and Albert Museum in London&#39;s South Kensington neighborhood is a free art institution, full of pieces from around the world, such as 19th-century terra cotta sculpture known simply as "Peasant woman nursing a baby." (Geoff Ziezulewicz / S&S) 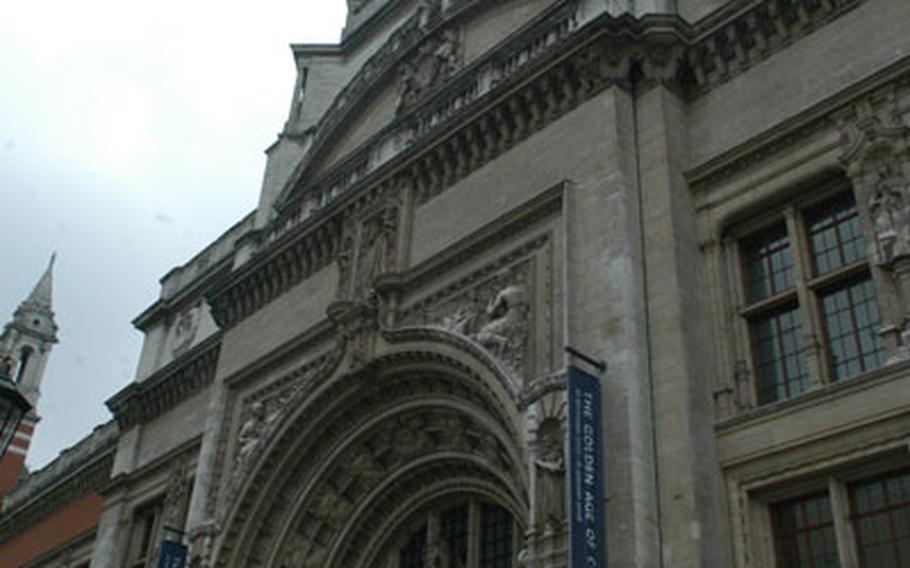 The Victoria and Albert Museum in London&#39;s South Kensington is free to the public, offering a destination in and of itself, or a two-hour diversion in the middle of a London day trip. (Geoff Ziezulewicz / S&S) 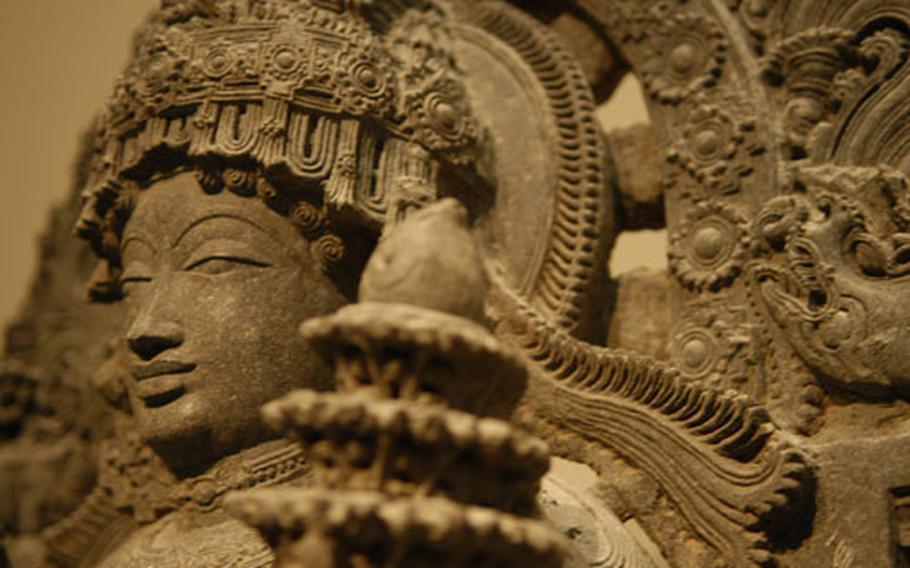 An intricate, limestone portrayal of Surya, the Hindu sun god, is on display at the Victoria and Albert Museum in London. (Geoff Ziezulewicz / S&S) 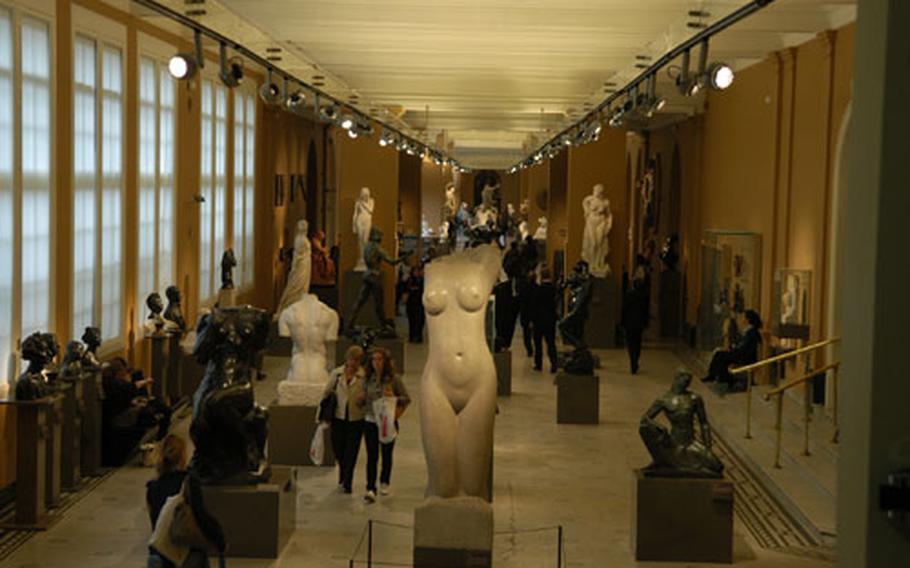 Everything from sculptures to ceramics and clothing are on display at London&#39;s Victoria and Albert Museum in South Kensington. (Geoff Ziezulewicz / S&S)

LONDON &#8212; Though it can be hard to tell by the strip malls and cookie-cutter housing developments in the States, human civilization does extend beyond the inception of the U.S. of A. less than 300 years ago.

And while England&#8217;s cobblestone streets and aged cathedrals offer a glimpse into older humankind, our ancestors go back even further. And some of them survive in artists&#8217; depictions.

Such as Surya, the Hindu sun god, carved out of limestone by his followers in the 12th century, built to last and chiseled to a mind-bendingly intricate degree. Its equivalent today would probably be sculpted with lasers out of industrial-strength plastic.

Such wonders of a world long gone are in abundance at London&#8217;s Victoria and Albert Museum, located in the posh South Kensington neighborhood since its inception in 1852.

The museum holds more than 3,000 years&#8217; worth of artifacts from a variety of cultures, according to the museum&#8217;s Web site. History buffs can peruse everything from Asian antiquities to British historical finds from recent centuries. There&#8217;s also a fascinating exhibit on Middle Eastern art from ancient times.

Best of all, the museum is free, asking only for a 3-pound donation at the door.

Exhibits of particular interest right now include &#8220;The Golden Age of Couture,&#8221; which takes visitors through the Parisian and British couture fashion craze of the 1940s and &#8217;50s.

Another exhibition, &#8220;The Art of Drinking,&#8221; showcases vessels of all quirky varieties used throughout the years.

Some exhibitions charge a cover and range between 6 and 10 pounds for a day pass.

But there&#8217;s a ton to see in the free galleries, making the V&A, as it&#8217;s called, a great destination in and of itself, or a good place to kill a couple of hours in the midst of a London outing.