A jump from the truth? 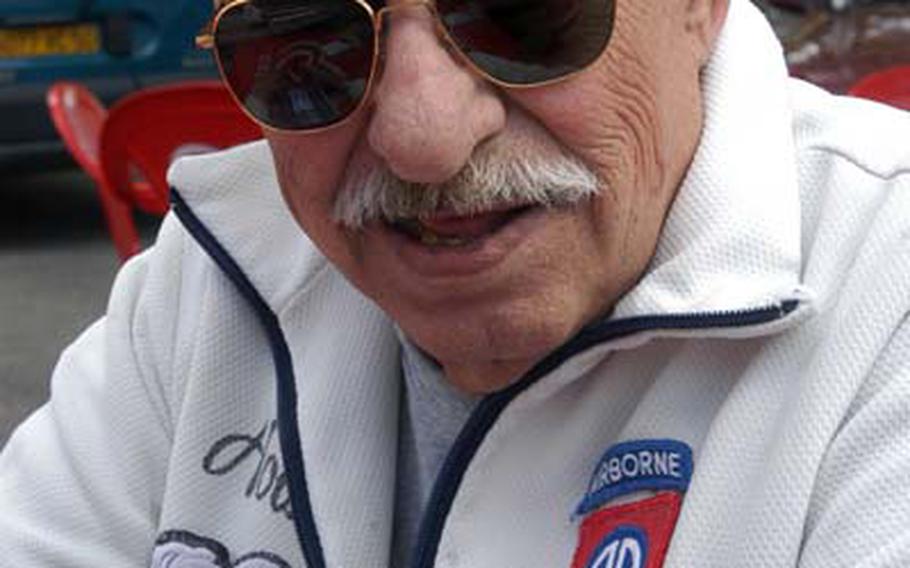 Howard Manoian, 84, whose accounts of a parachute landing on D-Day in France, have recently been questioned. (Charlie Coon / S&S)

A man whose accounts of landing behind enemy lines as a paratrooper on D-Day earned him ample press attention may have fabricated them, according to a newspaper report and military records.

Howard Manoian, 84, had in recent years described to several newspapers, including Stars and Stripes, his harrowing jumps into France and Holland as part of Company A, 1st Battalion, 505th Parachute Regiment, 82nd Airborne Division. But military records never listed him with that unit during World War II. Instead, they showed him as serving with the 33rd Chemical Decontamination Company, which was in charge of a supply dump in Audouville-la-Hubert, France.

"He was never part of the paratroopers," said researcher Brian Siddall of Ithaca, N.Y., who first told the Boston Herald about his allegations.

"The evidence is overwhelming and these reports are accurate," he said.

The Boston Herald first exposed Manoian&#8217;s apparent misstatements last week. Stripes could not reach Manoian by phone at his home near Sainte-M&#232;re-&#201;glise where he has lived for the last several years. His landlord said he had returned to the United States after becoming severely ill.

Manoian was scheduled to receive France&#8217;s highest military honor, the Legion of Honor, during a ceremony last Saturday, commemorating the 65th anniversary of the Allied invasion. An official at the Grande Chancellerie de la L&#233;gion d&#8217;Honneur confirmed that Manoian was slated to receive an award from the organization, but could not provide more details.

According to the Herald story, National Archives records provided to the newspaper by military researchers showed Manoian does deserve recognition as one of thousands of American soldiers who were present on D-Day. Manoian&#8217;s chemical warfare unit came ashore on Utah Beach and ran the supply dump.

Manoian told Stripes in 2006 that he landed on June 6, 1944, in a cemetery in Sainte-M&#232;re-&#201;glise, and helped to fend off Germans who were flooding back into the French town. Manoian said he was shot twice: first on June 17, 1944, in the left hand and both legs, and then he said he injured his right arm, hand and head when a German plane strafed the Utah Beach hospital, where he was recuperating.

Medical records show that Manoian was treated twice for injuries suffered during the war. The first time, though, was for a superficial hand wound and he was released the next day, Siddall said. Manoian was also injured on June 17, 1944, but records show he was treated for a broken middle finger at a hospital in England. He was not discharged from that hospital until November 1944, contradicting his claims that jumped into Holland in September 1944. Both medical unit reports list him with Chemical Warfare Service, Siddall said.

Even as late as March 21, 1945, medical reports show Manoian listed as part of the Chemical Warfare Service, not the paratroops, Siddall said.