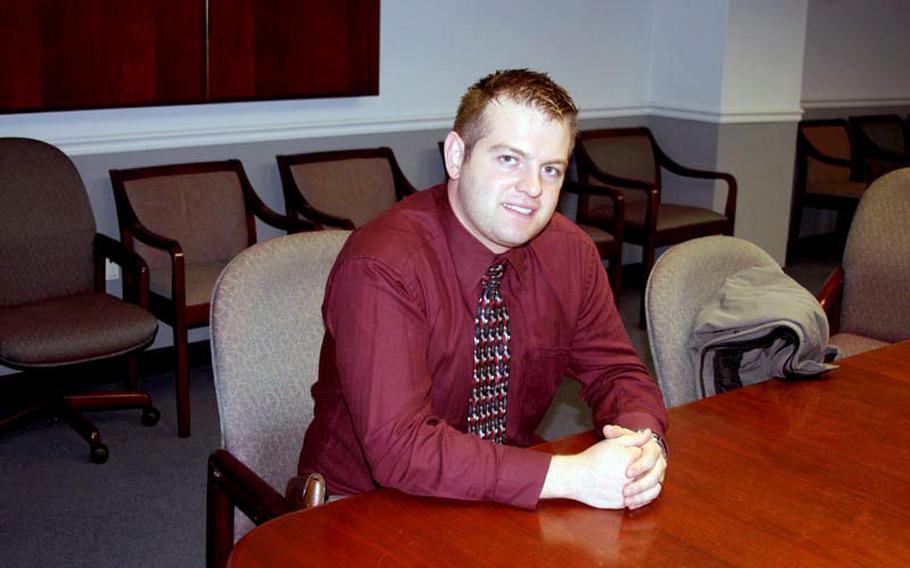 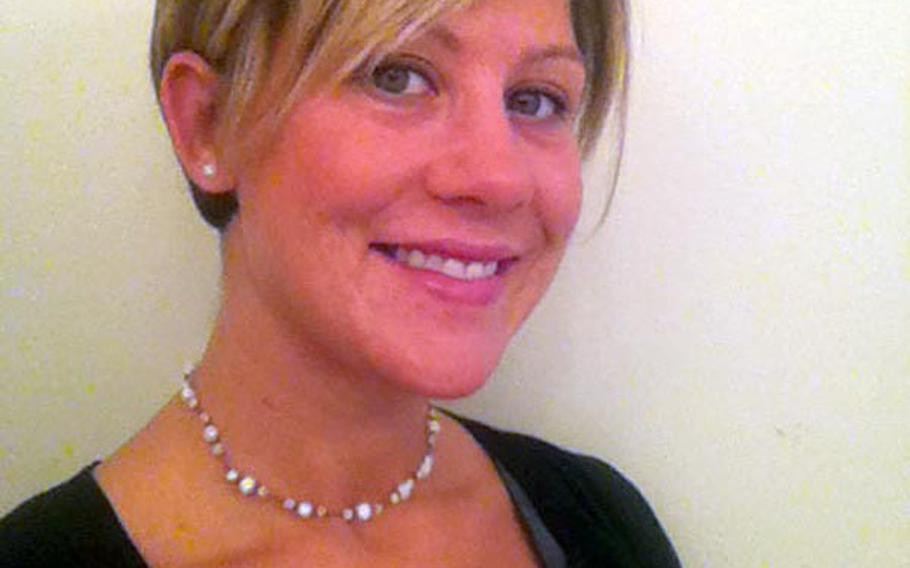 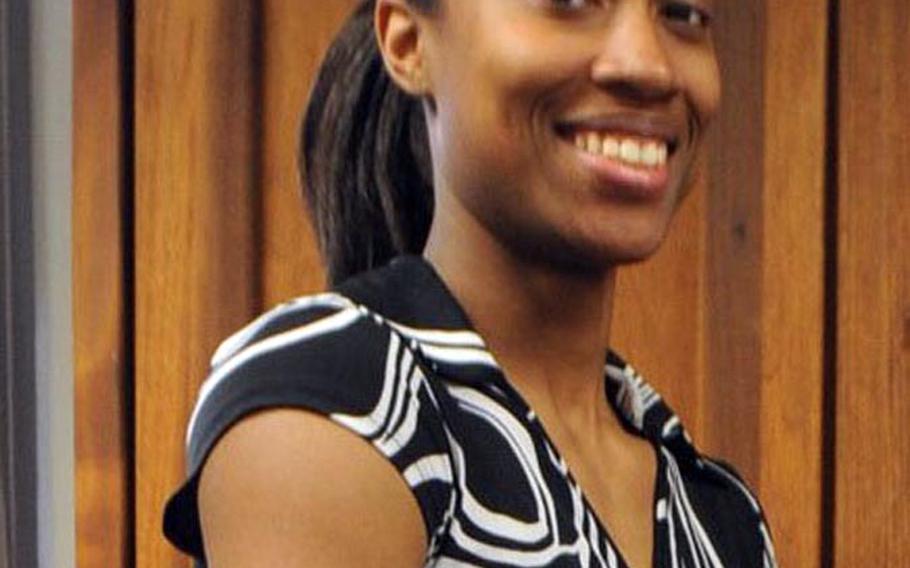 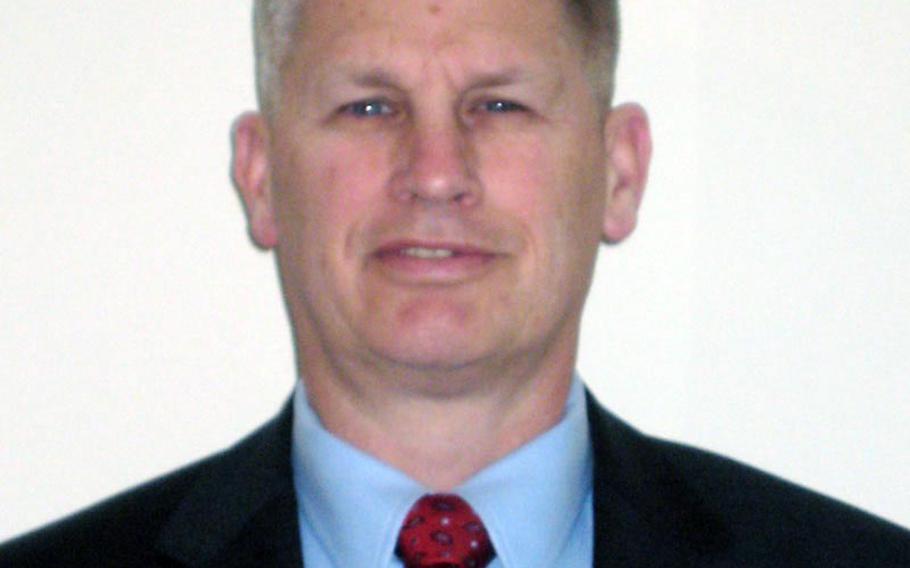 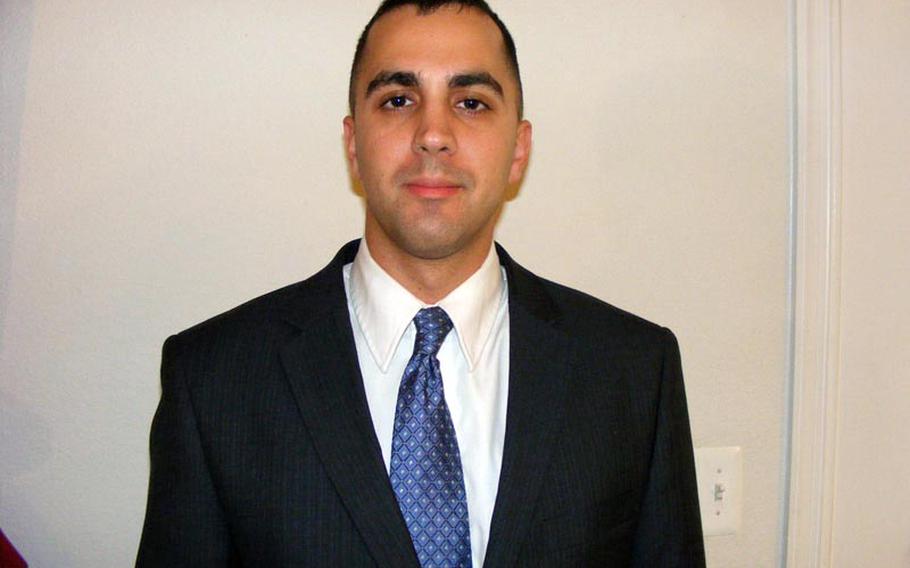 WASHINGTON &mdash; If you&rsquo;ve been to a military job fair, you&rsquo;ve seen them: battalions of freshly scrubbed candidates with folders of paper in all the conservative colors of the resume rainbow &mdash; white, off-white, light beige.

A killer resume is a veteran job-seeker&rsquo;s secret weapon. It&rsquo;s your first-impression maker, the page an employer will look at for just a few seconds &mdash; amid hundreds of others &mdash; before deciding who gets a shot at that coveted job.

So how do you make yours stand out? How do translate your experience from milspeak into civspeak?

With veteran unemployment higher than the national average, Stars and Stripes sought advice from The Ladders, an online job search service, to help veterans write better resumes. We selected five job candidates, three from the Marines and two from the Army, and asked The Ladders to help make their value to the civilian workforce leap off the page.

&ldquo;My main tip would be to first figure out what jobs you want to target,&rdquo; said Stephanie Zimmering, one of The Ladders&rsquo; resume writers who participated in the project. &ldquo;Research the skills needed for that job, and then analyze your previous experience to identify where you acquired these skills and how you used them to improve things in the past. Focus on streamlining your document to target your career goal.&rdquo;

Second, recognize that the military and civilian worlds don&rsquo;t always understand each other. You&rsquo;ll often have to explain how the great things you did in uniform foretell success in a business suit (or for that matter, a T-shirt and jeans, depending on where you want to work). So go easy on the jargon and acronyms.

Third, summarize. Don&rsquo;t make a potential employer spend more than a half-second looking to see that you have the basic qualifications.

Fourth, the military likes ranks and titles. The civilian world does, too. In four out of five cases, The Ladders&rsquo; experts slapped titles prominently on veteran resumes &mdash; things like, &ldquo;Technical Operations Professional,&rdquo; and &ldquo;Intelligence & Security Professional.&rdquo;

And finally, don&rsquo;t be ugly. Make the physical form of your resume enticing.

&ldquo;We want them to be flashy in appearance to catch the eye of the reader, while reserving highlights such as bullet points for true accomplishments,&rdquo; Zimmering said, reflecting the results of actions that improved the organization or operations.

See how easy that was? After reading just the beginning of this article, you already have some good information. You want your resume to do the same thing.

Here&rsquo;s how it worked for our five veteran job-seekers.

SpecializeMeloney Moses enlisted in Marines in 2007, served as a public affairs specialist at Quantico, Va., and got out this year as a corporal. She expects to graduate next year from the University of Maryland, University College, with a major in investigative forensics.

Resume writer Jenny Erasmus asked her only a few questions before tackling the rewrite.

The first order of business? Cutting it from two pages to one. A shorter resume was better, Erasmus said, because Moses, a 24-year-old from Camden, N.J., only has a few years&rsquo; experience.

Erasmus rewrote the document as a &ldquo;functional resume&rdquo; instead of the more traditional chronological resume, &ldquo;to highlight her strengths and demonstrate how they could be applied towards a career in forensics. &hellip; Skills should be highlighted and directed towards the position.&rdquo;

Erasmus said Moses&rsquo;s work ethic &mdash; she also works as a security guard for Pinkerton while juggling classes such as Legal and Medical Investigations of Death &mdash; demonstrates her &ldquo;drive and enthusiasm.&rdquo;

EmphasizeIt&rsquo;s been tough for Spc. Eric Beasley, a self-described &ldquo;self-taught IT guy,&rdquo; to land a civilian job and he&rsquo;s been surprised at how little some positions pay.

A military intelligence systems maintainer in the Army (spook-speak for someone who works on classified computer systems), Beasley said he was diagnosed with post-traumatic stress disorder after a tour in Iraq from 2006 to 2007. He&rsquo;s still in the Army, waiting for his medical discharge.

When The Ladders&rsquo; Jordan Forrest got him on the phone, he said he realized the 25-year-old native of Salinas, Calif., had a lot going for him.

But his original resume was &ldquo;bare and vague,&rdquo; Forrest said. &ldquo;He had a lot of great experience with IT operations in the military, but his resume didn&rsquo;t express it.&rdquo;

Besides giving the resume a cosmetic makeover, Forrest dressed up the summary section. He added a title &mdash; &ldquo;Technical Operations Professional&rdquo; &mdash; and a section covering &ldquo;core competencies.&rdquo;

&ldquo;They should leave off education if they don&rsquo;t have any past high school,&rdquo; Forrest said. &ldquo;List professional certifications and training. &hellip; I think it is understandable that a veteran might not have a college degree since so many &hellip; start right out of high school.&rdquo;

TailorCol. Keith Rosdahl left active duty in 1994. But with a master&rsquo;s in business administration and several years in private industry, he was recalled to the Marines after 9/11.

He&rsquo;s stayed in uniform for a decade since, twice deploying to Iraq. The result is an unusual patchwork of military and civilian experience.

&ldquo;There&rsquo;s more information to sift through. You really have to decide what is pertinent and needs to be included and what can be left off,&rdquo; said The Ladders&rsquo; writer, Jenny Erasmus. &ldquo;He needed a longer list of core competencies [and] more information regarding his accomplishments.&rdquo;

She dressed up his organization and format and added a four-word description at the top: &ldquo;Senior Human Resources Manager.&rdquo;

Based on his experience in hiring people in government, Rosdahl said he thought the specialized requirements of resumes for federal government and government contractors meant the new resume &ldquo;wouldn&rsquo;t fly in the government or [on] the contractor side.&rdquo;

FocusSgt. Christopher Veade, 27, will leave the Marines on Dec. 30. He&rsquo;s been looking for jobs with federal security and intelligence agencies, but hasn&rsquo;t landed anything yet.

His resume included good information but &ldquo;fell victim to the common bullet-after-bullet format,&rdquo; said his rewriter, Marc Nation. It was written &ldquo;as if he were positioning himself for ANY role, not a specific one.&rdquo;

But Veade does have specific goals.

&ldquo;Intelligence was the way forward for this veteran. Homeland security&rdquo; Nation said. &ldquo;Talking to him, I was able to identify key experience and accomplishments that will make a strong case for his employment in this discipline.&rdquo;

Veade needed to highlight his awards more prominently, explaining why he earned them and how they suggest he&rsquo;ll be successful as a civilian.

&ldquo;They were buried at the bottom of the resume, and not included in the job descriptions,&rdquo; Nation said. &ldquo;These awards were recognizing superior performance across responsibilities that were very applicable to intelligence roles.&rdquo;

When she decided to get out after seven years serving as a military police officer and deploying to Iraq, she wasn&rsquo;t sure what she wanted to do. That came through on the first draft of her resume.

&ldquo;Her main issue was that her current resume was not geared towards a goal outside of detailing a military history,&rdquo; said Zimmering. &ldquo;We needed to create more of a story and streamline the information to target a specific position.&rdquo;

Cramer had also included information &mdash; for example, her salary &mdash; that isn&rsquo;t really needed on a resume for the private sector.

As it turned out, Cramer&rsquo;s job search story had a happy ending even before she got her revised resume back. In late October, she got an offer from Amazon.com, Inc., as an area manager at a fulfillment center in Carlisle, Pa. She&rsquo;d met with a recruiter for the first time at a Military Officers Association of America career fair in September.

Even though she&rsquo;s no longer looking for work, Cramer said she was very pleased with the result.

&ldquo;Zimmering took the information and my accomplishments and placed it into a much more attractive format, highlighted more articulately my capabilities and experience, and included critical buzzwords employers are looking for, which I just frankly was unfamiliar with,&rdquo; Cramer said.

&ldquo;If I could provide any advice [to other veterans], it would be to begin networking with everyone you know, family, friends and colleagues,&rdquo; Cramer said. &ldquo;Don&rsquo;t underestimate your abilities and what experience you bring to the table.&rdquo;