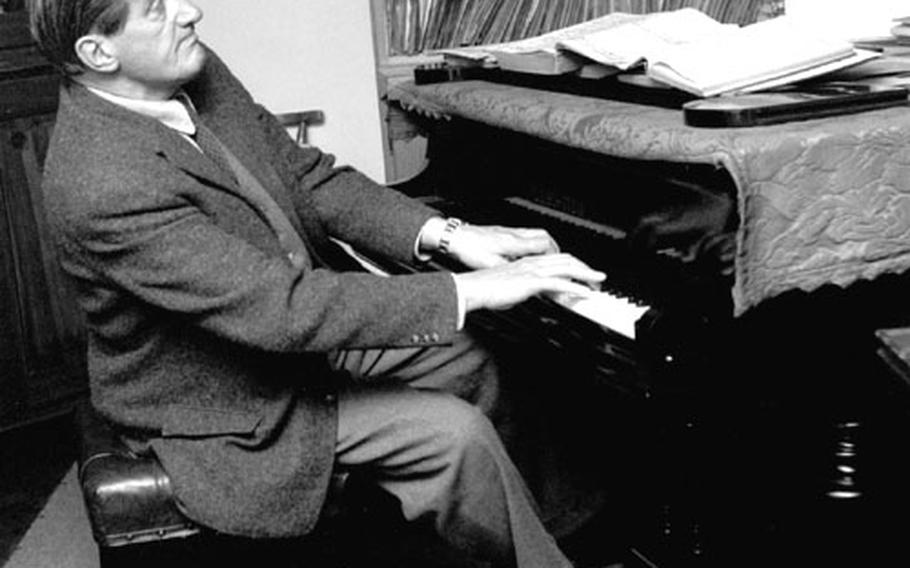 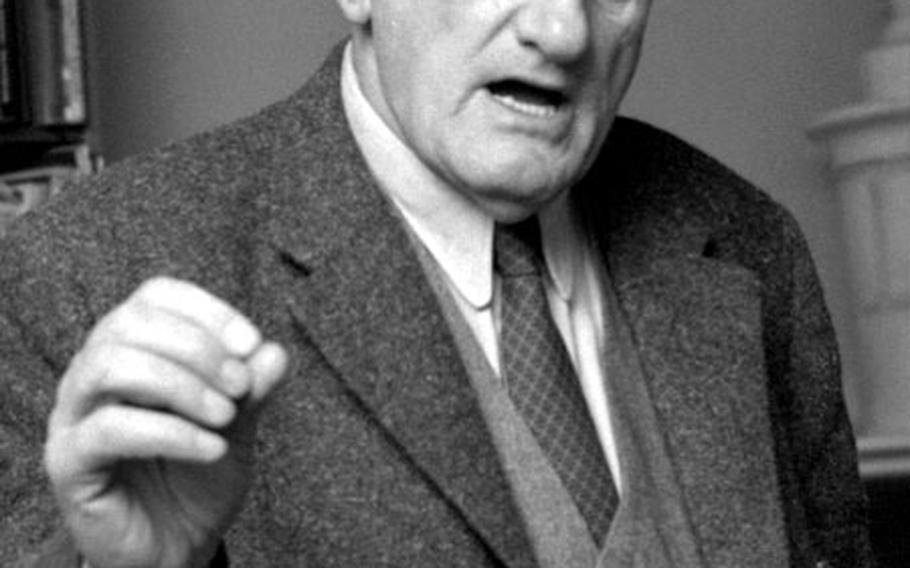 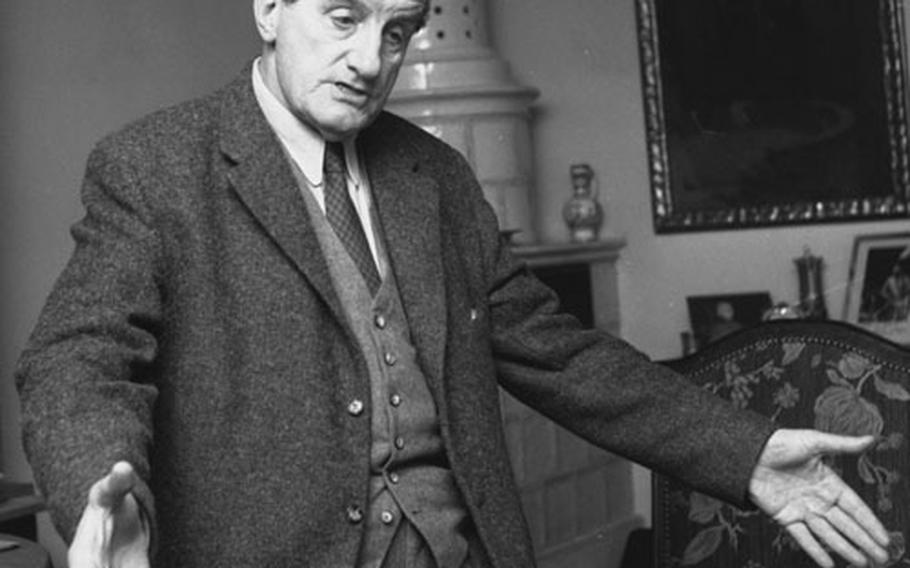 TWENTY YEARS AGO Dr. Ernst F. Sedgwick (Putzi) Hanfstaengl rated high in the hierarchy of the Nazi Party in Germany. He was one of the men who discovered Adolf Hitler. He had followed him for 15 years and was foreign press chief in the Nazi regime as well as Hitler's confidante.

Many times the fuehrer came to Hanfstaengl's home in Munich to hear him play American college songs on the piano. They were buddies and if anyone had Hitler's ear it was Hanfstaengl. Hermann Goering was a frequent guest at his home, and often the three of them would discuss the future of Germany and the world. To them he was "Putzi," a name given to him by his nurse when he was two.

Then, in 1937, Hanfstaengl realized his life was in peril and he fled to England. The favorite had fallen out of favor, for some reason or other, and his enemies were bent on destroying him.

Today Hanfstaengl, a man of 70, still the raconteur who delighted his master, lives quietly in his old Munich house. He has written a book (Unheard Witness) dealing with Hitler and those who surrounded him. He tells of the mistakes Hitler made and of how he tried to sway him from the course to destruction which he was following.

Interviewed at his home recently, "Putzi" turned out to be a robust and vigorous man to whom the years had been kind. He played the piano just as he had played it for the delighted Hitler. He was the same jovial sophisticate, the same Hanfstaengl that he was in the days when he was Hitler's foreign press chief. But there was a difference.

Now he hates the memory of the man who had enslaved a nation. He hates Joseph Goebbels, late propaganda minister. Goebbels he described as a "viper." He called Hitler a murderer because of the 1934 purge when Capt Ernst Roehm, storm trooper chief, also one of Hitler's early followers, and hundreds of others were killed as "traitors" to their leader.

Hanfstaengl conceded that while he had Hitler's ear for many years the fuehrer seldom heeded his advice. "He was not normal — this highly gifted man," he said. Then he began a bitter tirade against the man he had obeyed and followed from 1922 until 1937. He told how he and his friends, fearful that Germany was headed for communism, discovered Hitler and followed his voice.

"This is the man," the group said, after hearing Hitler speak one day. But, Hanfstaengl complained, the man that he and his friends had helped lift to power ran out on them when he became chancellor. Hitler's backers had sought to rule him when he achieved power. They thought Hitler would marry, retire to Berchtesgaden and let others run the government.

Instead, Hitler started his own revolution. He not only held on to what he had but reached out for more. The creature Hanfstaengl and others had helped create had risen above them.

Hitler's trouble, according to Hanfstaengl, was that he was the victim of schoolboy ideas. "He could not see the bigger things. He had an exclusively infantry mind. Nevertheless he drew people to him."

Hanfstaengl's concept of "an infantry mind" was one which could not see beyond the immediate horizon. The fuehrer knew nothing of what Hanfstaengl called "the salt water bastions (U.S. and Britain)."

Hanfstaengl told the writer that he advised Hitler against persecuting the Jews. "I told him that if he did that to the Jews he would have the whole world against him."

He was bitter against Goering because, as he put it, although Goering knew that he (Hanfstaengl) was right, he still persuaded Hitler against anything reasonable.

How he personally felt about the persecutions he did not say. He was bitter in his fulminations against what he considered the cardinal errors of the Nazi leader and those whose advice he followed.

Then Hanfstaengl related how he had told his leader not to sell America short.

"I advised that if we Germans lost World War I it was because the U.S. came in on the side of the badly battered Entente — a war that we practically had won. Thus we should make German-American policy the basis of understanding."

"They (Hitler and his advisors) broke all rules of common sense."

He nailed the lid on the coffin of Naziism when he was asked whether he thought Hitlerism would ever return to Germany.

"No! There is no chance at all that national socialism will ever return."

Then, as an afterthought, he said quietly: "I would not like to live through it again."

Three years after Hitler's rise to supreme power, Hanfstaengl saw that he was in disfavor. His enemies had planned to send him behind the lines in the Franco revolution in Spain and, according to Hanfstaengl, plotted his death. Seeing the handwriting on the wall he fled.

During the war, he said, he was sent to the U.S., where he prepared reports for President Roosevelt on his knowledge of Hitler and those around him. After the war he was returned to England and interned.

Then, his son Egon, a former U.S. Army lieutenant, started a move to bring him back to the U.S. However, the British returned him to Germany. He faced a denazification court, which freed him. He had been in England and the U.S. a total of 10 years.