A final farewell to Büdingen 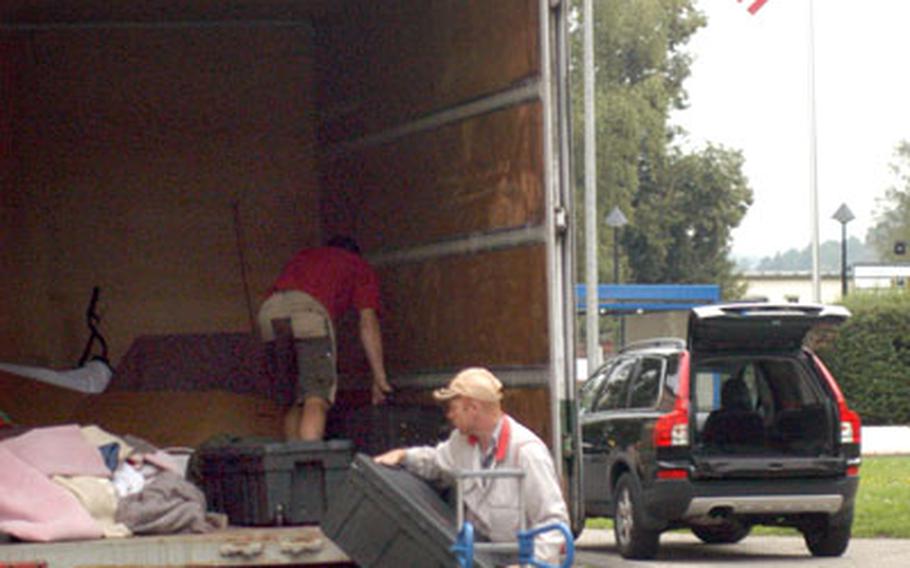 Movers get to work Monday packing out one of the last families to leave Büdingen, Germany, home of the 1st Squadron, 1st U.S. Cavalry Regiment. The Army’s last division-level cavalry unit, not to mention its oldest and most-decorated, inactivated in April. (Kevin Dougherty / S&S)

Movers get to work Monday packing out one of the last families to leave Büdingen, Germany, home of the 1st Squadron, 1st U.S. Cavalry Regiment. The Army’s last division-level cavalry unit, not to mention its oldest and most-decorated, inactivated in April. (Kevin Dougherty / S&S) 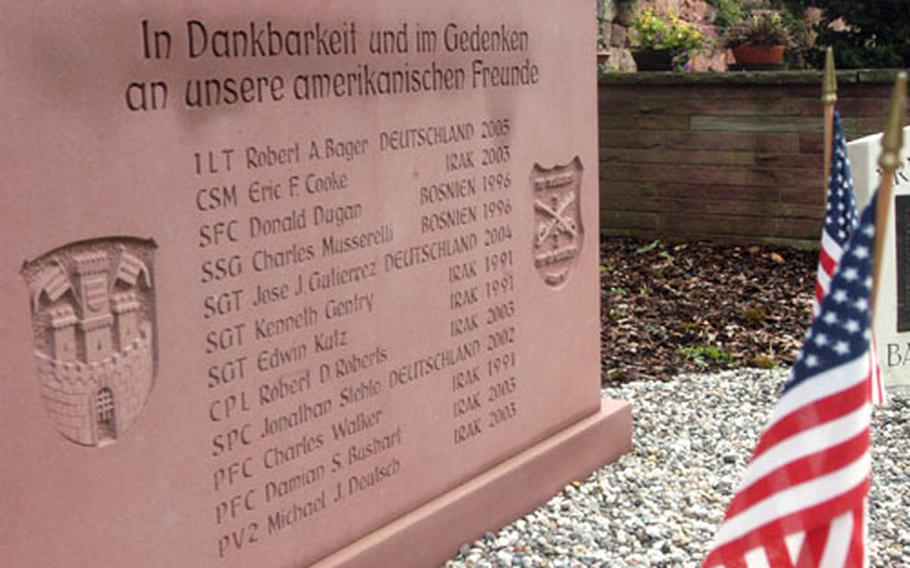 In the town cemetery in Büdingen, Germany, is an area set aside for several monuments or tributes to fallen U.S. soldiers. This monument memorializes 1st Squadron, 1st Cavalry Regiment soldiers who have died since the Balkan wars of the mid-1990s. Seven of the soldiers listed died in Iraq. (Kevin Dougherty / S&S)

For more than 60 years, the U.S. Army has been a fixture in B&#252;dingen, a medieval town located in a narrow valley 25 miles northeast of Frankfurt. While other European locales have had good relations with the U.S. military over the years, none has had stronger ties than the city of B&#252;dingen.

And that has been especially so ever since the 1st Squadron, 1st U.S. Cavalry Regiment &#8212; the oldest and most-decorated cavalry squadron in the Army &#8212; became the primary tenant about 15 years ago.

Whether it was war or weddings, the forces of nature or the fun of Fasching, the people of B&#252;dingen and U.S. soldiers regularly stood together. And they will again on Wednesday, one final time, when the American flag is lowered for good, and the last of the soldiers &#8212; 40 in all &#8212; symbolically march off Armstrong Barracks.

He will have the honor of folding a flag that has flown on post for at least five years, said Mary Preston, the all-purpose, all-knowing, all-American local girl who exchanged vows with a GI years ago and, in the process, married the Army, too.

Marriages between Germans and Americans are a typical story here, said Michael Harris, who sits on the town board of Orleshausen, which is just down the road from B&#252;dingen. Harris&#8217; father, Carlos, a retired first sergeant, settled here after separating from the Army. He will likely be on hand Wednesday.

The locals and the Army have had a hard time saying goodbye to each other since the formal announcement in February. The cavalry unit was feted during the annual Fasching festivities. There was also great pomp after the squadron inactivated in April. And another party was held in May, one with marches and bands and kegs of beer.

Much of the gratefulness stems from the Army&#8217;s conduct after World War II.

Though he was born six years after the war, the mayor of B&#252;dingen, Erich Spamer &#8212; whose only daughter married an American soldier &#8212; has heard many stories of generosity and goodwill. His sister, for example, was saved by Army doctors after she fell seriously ill. But there were others.

The U.S. presence also allowed the town &#8220;to live in freedom&#8221; while under the shadow of the Iron Curtain, he said. Spamer also mentioned the time soldiers pitched in to fight flood waters in the dead of night.

A couple of years ago, when the cavalry unit returned from a yearlong stint in Iraq, the soldiers received a tearful and thunderous reception. Hundreds of trees in downtown B&#252;dingen where decorated with yellow ribbons, and troops were received warmly in bars and restaurants.

After this week, the bonds of friendship will have skipped a beat.