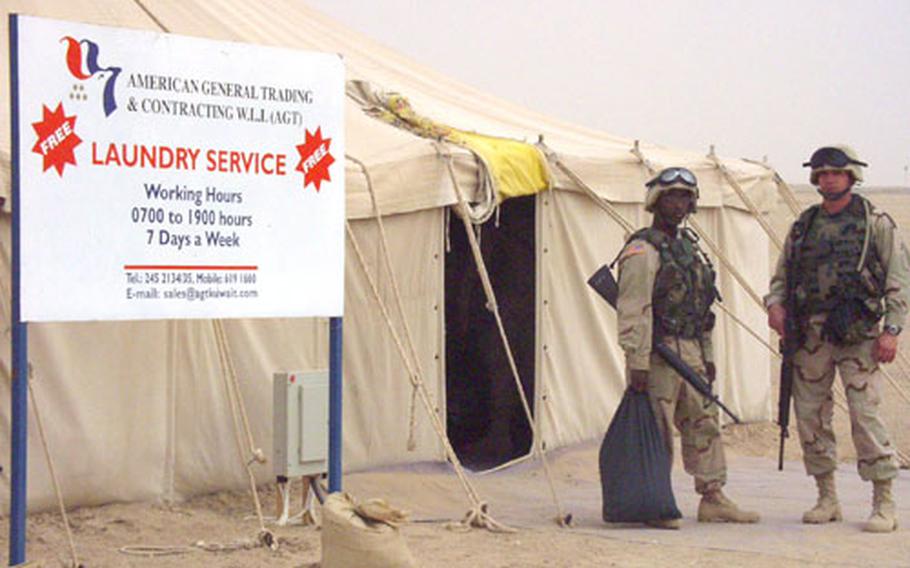 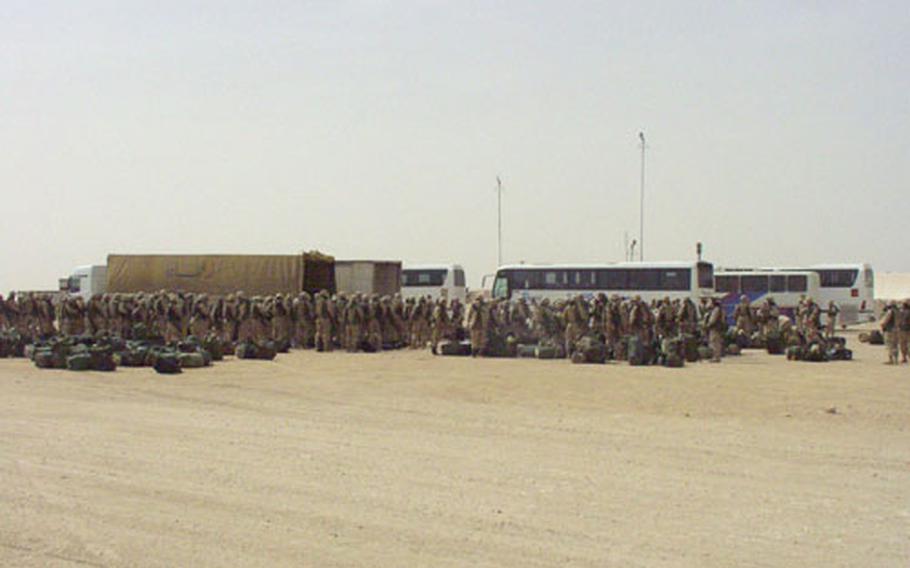 According to the mayor, 300-500 new troops roll in on buses to Camp New York every day. Here, busloads of 1st Infantry Division troops unload their outside the camp&#39;s mayor cell. Camp New York was built for 9,500 troops, and the numbers already are nearing 8,000. (Steve Liewer / S&S) 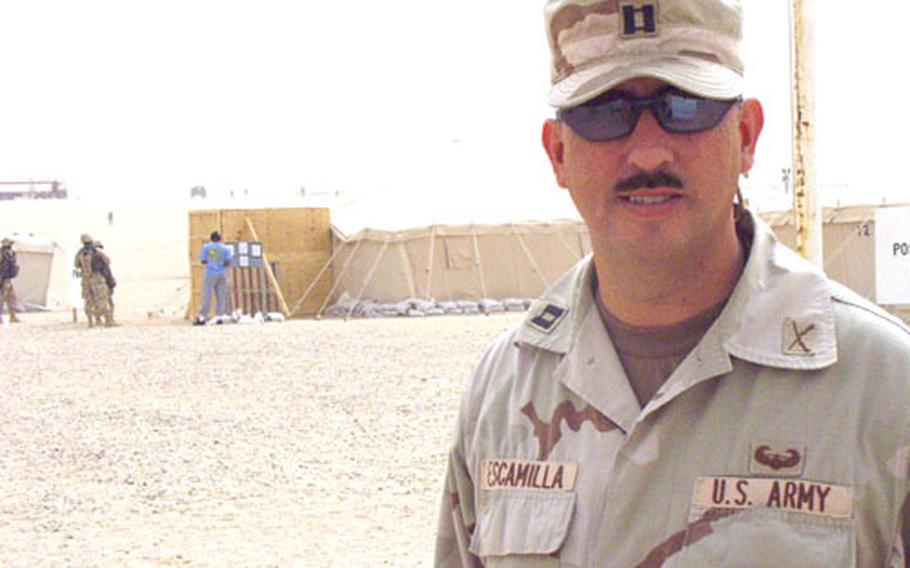 CAMP NEW YORK, Kuwait &#8212; Soldiers and Marines visiting this desert camp can shop at the post exchange, order a Subway sandwich, send out their laundry, watch TV and phone home.

Since 1st Infantry Division and II Marine Expeditionary Force troops started pouring into this camp two weeks ago, it&#8217;s outstanding feature has been the agonizingly long lines to shop, eat, get a haircut or use the phone.

But few are complaining.

Behind the scenes, camp administrators are doing their best to keep up services during a ferocious boom that is expected to last until April. The camp&#8217;s executive officer, Capt. Jose Escamilla, 37, of the Texas National Guard&#8217;s 467th Quartermaster Battalion, said the camp&#8217;s population reached 7,800 early this week and is expected to hit its 9,500-troop capacity around Feb. 22.

Camp New York and its neighbors, Camps Udairi, New Jersey and Pennsylvania, lie in an isolated corner of northern Kuwait.

Although its surroundings are the same, Camp New York looks quite different from Udairi, which is barely a mile away across the empty desert. At Udairi, most soldier housing tents and services are crammed tightly together along its paved main street, Eisenhower Drive.

At New York, soldier tents sit on widely scattered pads barely visible from one another, arranged around an unpaved circular road. There are a few sparse patches of green that will disappear with the oppressive heat of summer. A herd of camels grazes outside the front gate.

The administrative center sits on Pad 11, near the geographic center of the camp. The mayor cell, the logistics center, the postal company, the signal unit and other administrative operations are arrayed neatly around New York&#8217;s &#8220;town square,&#8221; a patch of sand roughly 100-by-50 meters that is empty except for a flagpole in the center.

Nearby is the commercial hub, which features a little AAFES exchange, a Subway sandwich trailer, a telephone tent and a barber shop. A Burger King trailer is now closed. Thousands of soldiers converge here during the day to wait in enormous lines for these services.

There is no Internet caf&#233;. Escamilla said it wasn&#8217;t considered essential for a camp that will be open so briefly.

Some soldiers are surprised by the number of things they can do, if they can get through the lines.

Still, compared to back home, there&#8217;s not much to keep soldiers occupied.