A death in the family: Reserve unit recalls comrades killed in Afghan blast 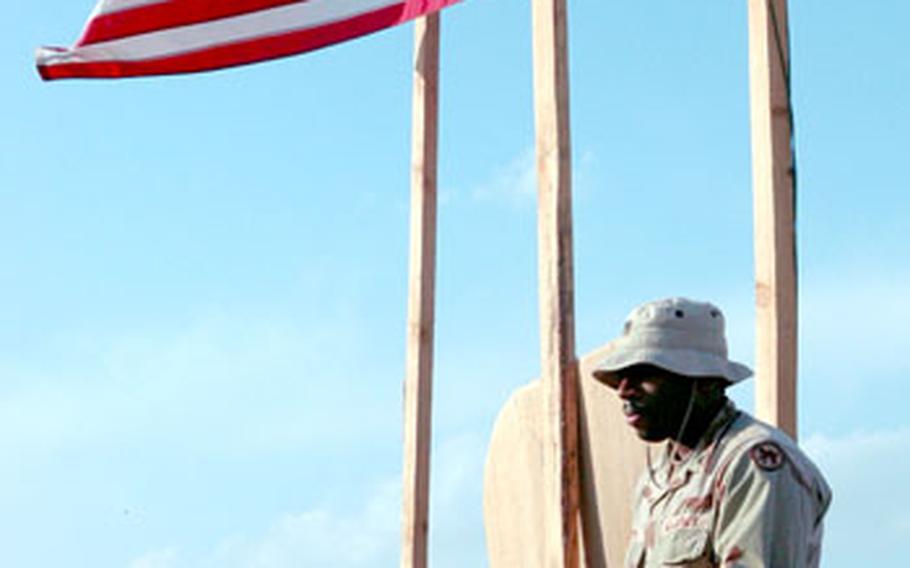 A soldier from the 391st Engineering Battalion sits in the shadow of the flag, which was at half-staff this week at Jalalabad Airfield following the deaths of four soldiers from the Army Reserve unit. (Anita Powell / S&S)

JALALABAD AIRFIELD, Afghanistan &#8212; With less than a month left in Afghanistan, the soldiers of the 391st Engineer Battalion, an Army Reserve unit from Asheville, N.C., and Greenville, S.C., were counting the days until they returned home to their families. Then, suddenly, they suffered a loss in their other family.

The soldiers&#8217; wives, children, parents and siblings are experiencing grief and loss at home. Akins&#8217; mother told the Asheville Citizen-Times that she begged him not to go to Afghanistan after returning from a year in Iraq.

In Afghanistan, their brothers in arms face their own battle with grief, anger, fear &#8212; and for some, haunting memories.

Those feelings were evident last week as a cluster of soldiers from the unit huddled in the shadow of a half-mast flag at Jalalabad Airfield.

Sgt. 1st Class Greg Haas, the noncommissioned officer in charge of the troops at the airfield, said the unit, which previously had lost only one soldier, was devastated by the loss.

&#8220;The first one they pulled out was [Hiett]. We spent 17 days together in Guatemala. We used to go to this little store and buy these orange sodas and sit there and talk. We&#8217;d mostly talk about senoritas. How much we liked Guatemala, how much we liked what we did.&#8221;

Since Hiett&#8217;s death, Haas said, he&#8217;s spent his quiet hours thinking about their time together.

Soldiers who witnessed the incident carry the extra burden of helplessness.

The men, when coaxed, offered small glimpses of the soldiers they had come to know so well.

Shortly after the incident, Abbott gathered with the unit.

The day after the soldiers&#8217; deaths, unit members gathered at Jalalabad to say farewell and send their remains home.