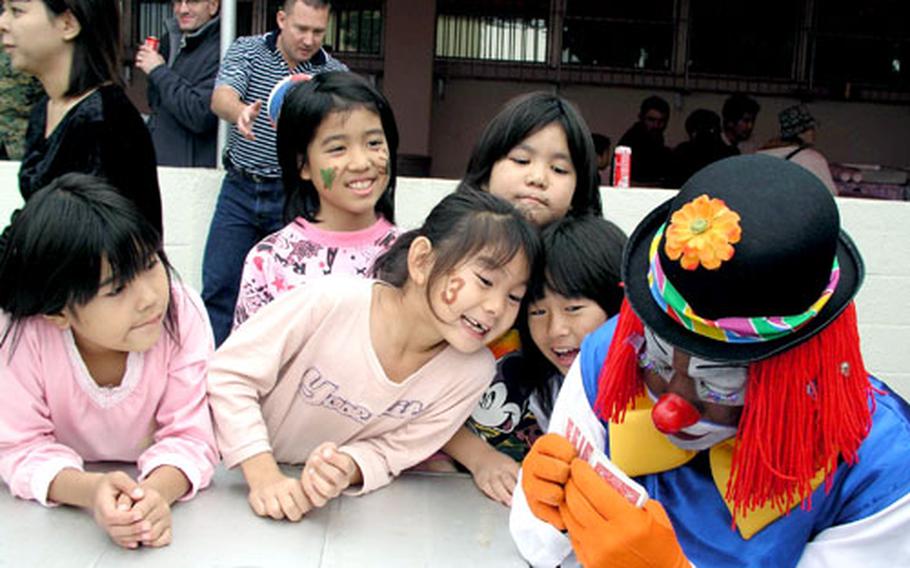 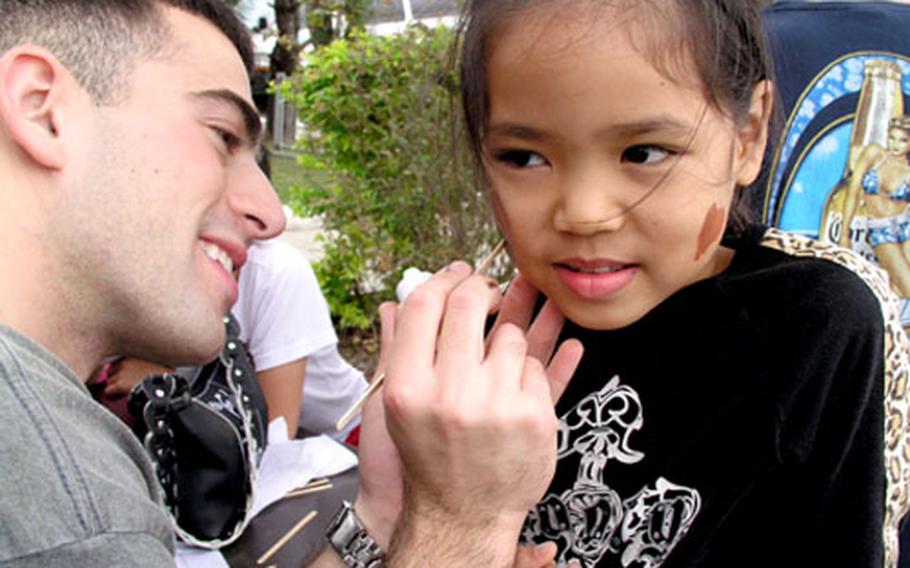 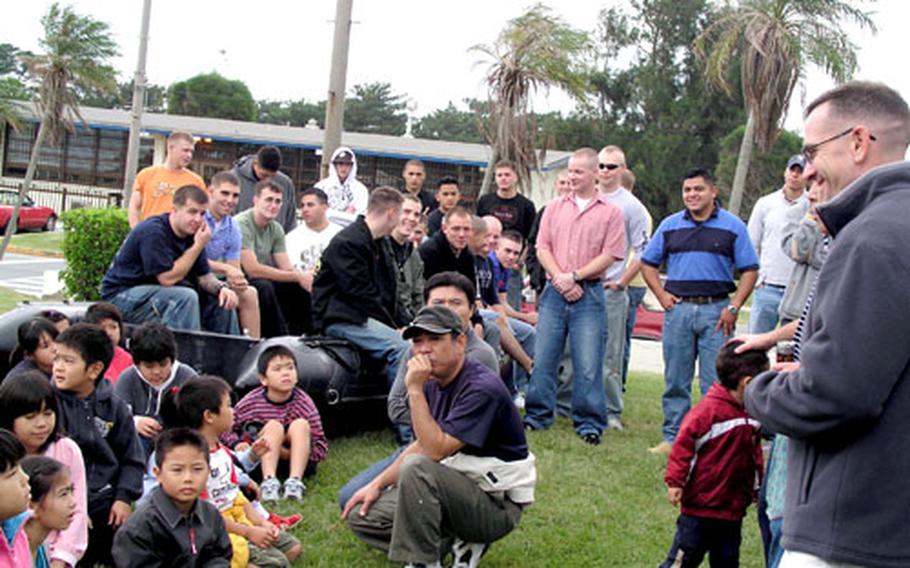 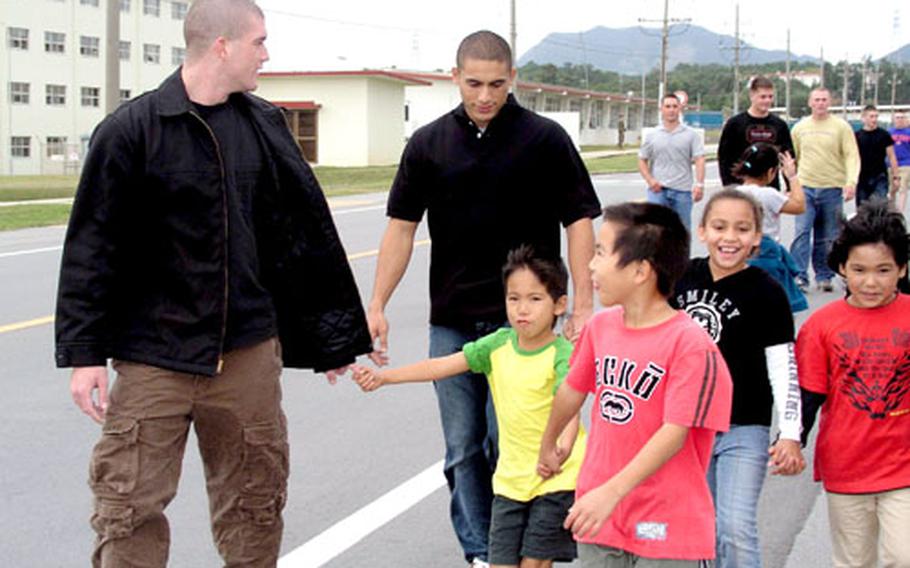 Lance Cpl. Nathan Burns, left, and Cpl. Joshua Ramirez were among about 80 Marines who entertained about 100 children from the Henoko community Saturday. (Chiyomi Sumida / S&S)

CAMP SCHWAB &#8212; About 100 children from the community of Henoko visited their neighbors &#8212; Marines on Camp Schwab &#8212; for what many knew would be a sure-fire Saturday of fun.

The United Services Organization-sponsored Christmas party for local children was one of many annual events held between the Marine Corps base and Henoko.

That was why children who arrived at the base were filled with anticipation.

The field day is an event children of Henoko have shared for decades.

&#8220;All the children who grew up in Henoko know about this annual Christmas event that has long history,&#8221; said Minoru Miyagi, an official of Henoko District Office.

&#8220;I remember coming here for the event when I was a kid and riding an amphibious vehicle and a tank on static display,&#8221; he said.

Relations between the people of Henoko and Camp Schwab are very close, he said.

The 1,500 residents of Henoko reciprocate the Marine&#8217;s hospitality by inviting them to their events, such as Community Sport Day or dragon boat races, he said.

&#8220;Interaction with people on Camp Schwab on a regular basis helps us to deepen understanding and shorten a mental barrier,&#8221; Miyagi said.

And even lessen a language barrier.

&#8220;It is a good experience for both sides,&#8221; said Sgt. Michael Rudin, of Combat Assault Battalion, adding that interacting with children is the same everywhere.