A couple of rules for couples in Iraq 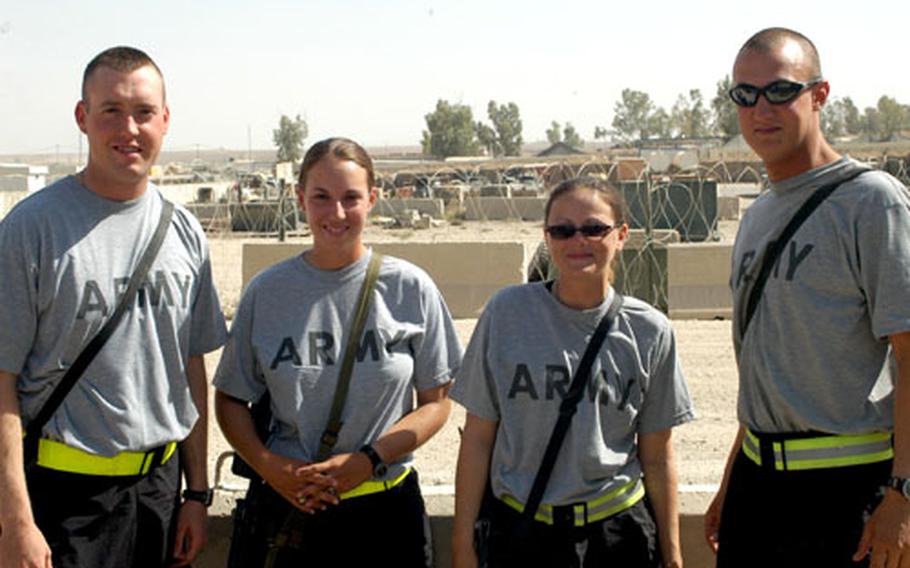 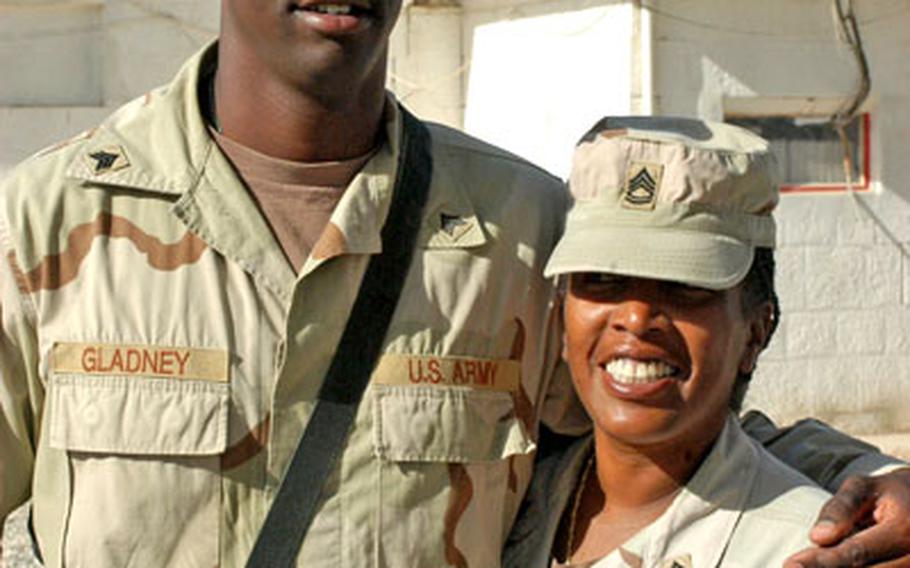 Now in their fourth year of marriage, Sgt. 1st Class Norrine Gladney and Sgt. Marc Gladney, both of the 94th Engineers, are an old married couple compared to the others. And, they said, the stress of the deployment sometimes makes them fight like one. (Rick Emert / S&S)

The good news: You can bring your spouse.

And now the conditions: separate rooms and hands-off for a year.

It may seem like the chance of a lifetime &#8212; deployment without the separation.

But most of the seven married couples deployed together to Iraq from the 94th Engineer Combat Battalion (Heavy) and its attached unit, the 535th Engineer Company (Combat Support Equipment), are finding there isn&#8217;t much wedded bliss as they live more like neighbors than husband and wife.

Army regulation prohibits public displays of affection while in uniform, and the battalion&#8217;s policy for the deployment is no sexual activity, whether married or single.

None of the couples in Iraq had visions of living together in a quaint little house with a patch of lush grass and a white picket fence, but they also didn&#8217;t expect to be deployed together or living on the same base, often going days &#8212; or even months &#8212; without seeing one another.

&#8220;Sometimes we don&#8217;t get to see each other for days, and he lives right across the street,&#8221; said Staff Sgt. Chasity Belizaire. She and her husband, Staff Sgt. Joseph Belizaire, are in leadership positions in the 94th Engineers, and long work days prevent them from even having meals together on some days. &#8220;There is so much work, and our schedules are different most of the time.&#8221;

More than half of the couples have been married one year or less, and are spending their &#8220;honeymoons&#8221; in sunny Mosul.

Spcs. Melissa and Ryan Benson, both of the 94th Engineers, went home on leave three months ago to get married.

They can visit their spouse&#8217;s rooms from 6 to 10 p.m. on work days and noon to 10 p.m. on days off, and eating meals together is OK as long as their schedules allow it.

There are some who resent that these couples are here together while most of the soldiers have to endure the separation.

A poll of about 20 soldiers on Forward Operating Base Marez showed that most of them are either indifferent about these couples being deployed together or happy for them.

The couples are well aware of that negative aspect of being deployed together.

But soldiers have to weigh all the negatives of a joint deployment against the obvious positive side of having their spouses with them.