A Christmas patrol to remember ... or forget Sgt. William Gamble watches as a Humvee flips over into a canal during a Christmas Day patrol near Taji, Iraq. (Joseph Giordono / S&S)

Sgt. William Gamble watches as a Humvee flips over into a canal during a Christmas Day patrol near Taji, Iraq. (Joseph Giordono / S&S) 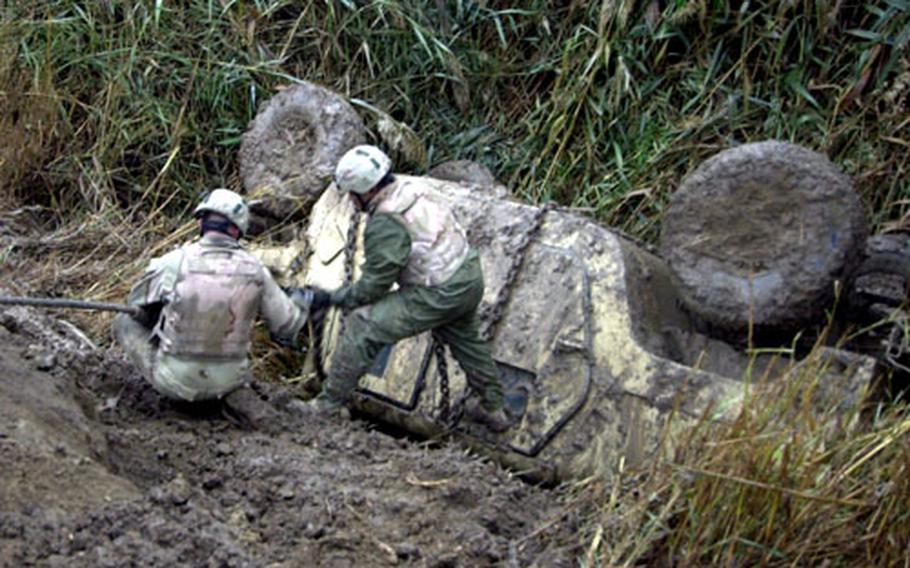 Members of an M-88 crew attach chains to the Humvee and prepare to pull it out. The 1st Battalion, 69th Infantry was making the Christmas Day patrol. (Joseph Giordono / S&S) 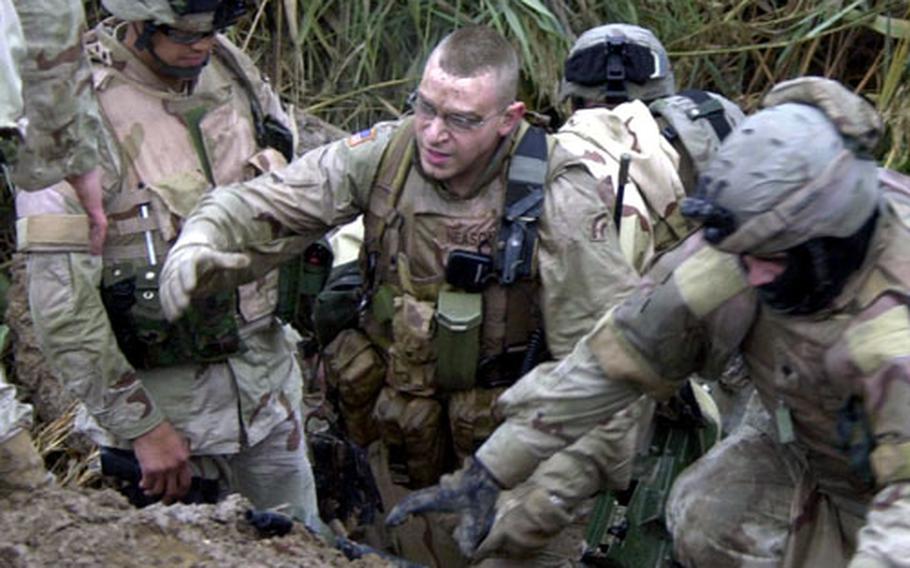 Sgt. Drew Neason is helped out of the Humvee after being trapped briefly. The Christmas Day patrols were hampered by deep mud and rain. (Joseph Giordono / S&S) 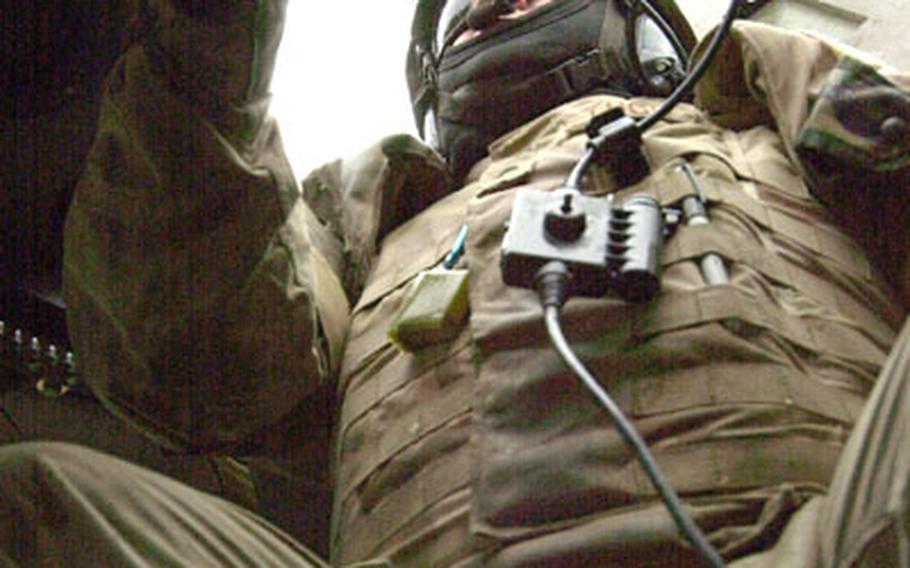 Pvt. Anibal Lugo crouches down in the gunner&#39;s hatch of a Humvee during the Christmas Day patrol in the countryside surrounding Baghdad. (Joseph Giordono / S&S)

First, a Humvee flipped over into a canal, temporarily submerging an inverted Sgt. Drew Neason. Then on the way back from the patrol, two more Humvees slipped off the muddy trails. Later, Pvt. Anibal Lugo was forced to fire warning shots at a car that apparently wanted to ram the convoy. In between, the 3rd Platoon, Company A, 1st Battalion, 69th Infantry Regiment soldiers got into a firefight.

&#8220;I&#8217;ve been shot at more this Christmas than all the other ones combined,&#8221; 2nd Lt. Stan Westmoreland said, shaking his head as the convoy returned to its base after a cold, wet Christmas Day patrol through ankle-deep mud.

The day started out like any other, save for the slow drizzle of rain that had begun early Christmas morning.

The last one came into play first.

As the convoy traveled along country roads paralleling canals filled with waist-high water and reeds, the rain turned the trails to a thick, muddy slurry.

When the lead Humvee nearly slid off the road, the soldiers got out. Soon, it was teetering on the edge of the road.

The platoon attached the first Humvee to another and tried to pull it back onto the road. Instead, the side of the road caved in, flipping the Humvee into the canal.

As soldiers shouted for a medic and rushed to pull out Neason, who had been in the driver&#8217;s seat, the wheels spun and smoke poured out from the upside-down vehicle.

When a soaking-wet Neason emerged from the Humvee shaken but uninjured, everyone breathed a sigh of relief.

Once they were sure Neason was OK, the soldiers joked and laughed while an M-88 recovery vehicle came to pull the Humvee out of the canal.

As the soldiers waded into the canal to recover items from the Humvee, they shook their heads at how they were spending Christmas. By then, it was getting dark and, backtracking along the road, the soldiers headed back to base.

Before long, Lugo yelled out that the convoy was taking fire.

Red tracer rounds flew in, most passing a few feet ahead and above the vehicles. Lugo returned fire with his mounted .50-caliber machine gun. Sgt. Michael Honore popped down his window and shot back with his M-4 rifle.

A few flares were shot into the air about 200 meters away from the convoy, and the firing continued.

Later, the soldiers speculated about who was shooting at them &#8212; whether it was insurgents or possibly a nervous Iraqi National Guard checkpoint near a main road.

On the last stretch of road before the camp, a car sped toward the last Humvee in the column. Lugo, in the gunner&#8217;s seat, flashed a light at it, warning the driver to back off. When the car kept coming, he put two warning shots into it with his .50-caliber.

Finally, the convoy rolled through the gates of Camp Cooke with 30 minutes to spare before the dining facilities stopped serving their special Christmas dinners.

As the Humvees pulled up to the weapons clearing station, where soldiers made sure no live rounds were still in their guns, Lugo broke into a set of Christmas carols from up in the gunner&#8217;s hatch.