A change of attitude in Hawijah? 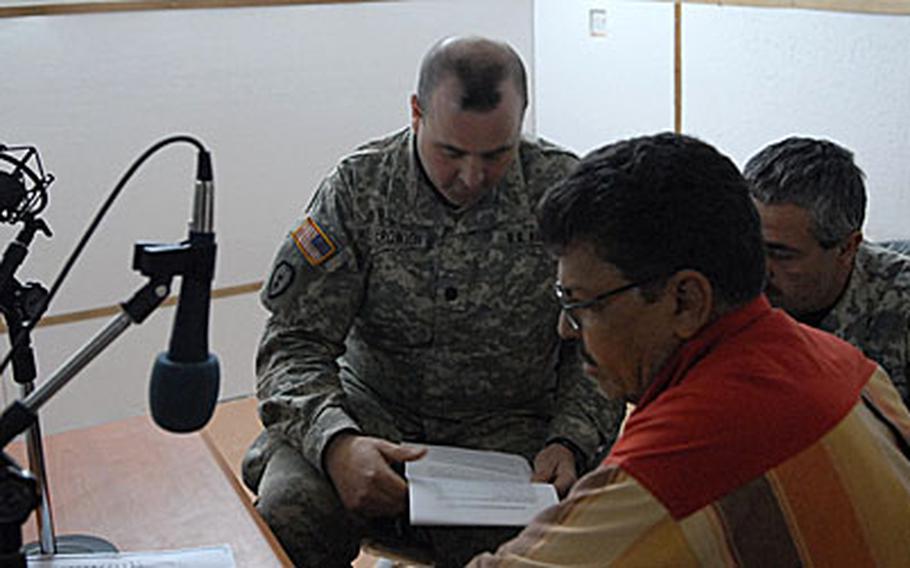 Lt. Col. Drew Meyerowich, the commanding officer at Forward Operating Base McHenry, prepares to go on the air at a radio station near Hawijah. (Zeke Minaya / S&S)

Lt. Col. Drew Meyerowich, the commanding officer at Forward Operating Base McHenry, prepares to go on the air at a radio station near Hawijah. (Zeke Minaya / S&S) 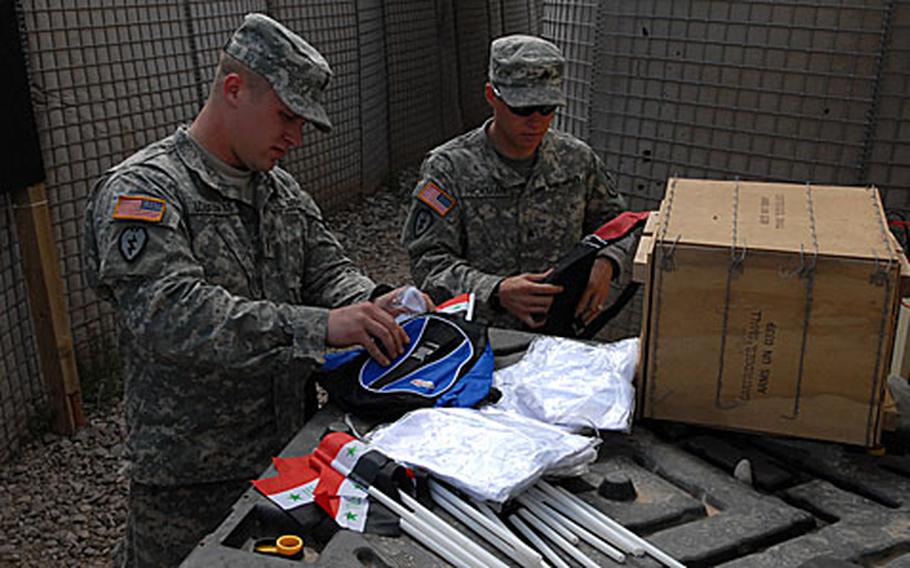 HAWIJAH, Iraq &#8212; This agricultural town of roughly 50,000 residents has long compensated in viciousness for what it lacks in size.

Insurgents targeted five locations in the city and an American base nearby, destroying an Iraqi police station in the process.

The assault backfired, U.S. military leaders said. Residents of Hawijah, who had been ardently anti-American, turned on the insurgents, to the shock of American forces.

Hawijah is overshadowed in most ways by the more prosperous and strategically important Kurdish-led enclave of Kirkuk, about 43 miles to the northeast. But Hawijah has outstripped its neighbor in one dubious respect: the number of American casualties. The Hawaii-based 2-27 has lost 12 soldiers in seven months.

Lt. Col. Drew Meyerowich, the unit&#8217;s commander, has shaped many of the changes in Hawijah. But even for a commander who exudes tough assertiveness and confidence, there were moments when he wondered if the town was beyond repair.

&#8220;You begin to question almost immediately once you start losing soldiers if you will ever see success,&#8221; he said.

Hawijah is almost exclusively Sunni Arab, the ousted ruling class of the former regime, and residents took their fall from grace hard.

But they shifted tactics and emphasized intelligence operations and humanitarian aid to win over residents. Residents received food and fuel along with messages that troops were there to help.

&#8220;That&#8217;s how this war has to be fought,&#8221; Lozauskas said. U.S. leaders also pushed the Iraqi army to take a more active role, stationing them on McHenry. The collaboration has not always been easy.

Slowly results trickled in. Attacks once directed at U.S. troops shifted toward the Iraqis. Whether or not insurgents believed in the viability of the Iraqi army, it was clear that U.S. forces were determined to have them share the risks of policing Hawijah.

The culmination was a drive for police recruits that attracted more than 400 men, more than double the number expected.

When the first wave of attacks occurred that day, the would-be police officers had already left for the training academy in Kirkuk. &#8220;The insurgents didn&#8217;t know that,&#8221; Lozauskas said.

The 23-year-old from Roelle Park, N.J., was at a command post on McHenry when mortars began dropping.

At that moment, chatter spiked on the radio.

&#8220;Turki House! Turki House!&#8221; an Iraqi voice called out on the air, the pop and hiss of gunfire in the background. Soldiers had dubbed an outpost at the southeast corner of Hawijah the &#8220;Turki House.&#8221; Two traffic checkpoints at the northern and western ends of Hawijah were also under fire.

In the center of town, Joslyn was in a joint headquarters when he heard the familiar thump of rounds striking sandbags.

A large blast momentarily silenced the shouts of U.S. soldiers as shattered glass and plumes of dirt and dust filled the air.

No American had been hurt, but a nearby two-story police station was flattened and three police killed.

Their havoc complete, the insurgents began to melt away. Three attackers fled by car west out of the city with a U.S. helicopter close behind. A mile outside the city, they continued by foot and ran for the reeds.

The helicopter pilots later reported that while in pursuit, they noticed a crowd of 20 to 30 Iraqis gathering. Some men in the crowd had taken their shirts off and waved them in the air to attract the attention of the aircraft.

The crowd, their arms extended in unison, pointed to the reeds. Not content to just point out the men, however, the crowd took matters into their own hands. Armed with only sticks and their fists, they went after the insurgents and managed to drag one of the fugitives out, while the other two slipped away.

The crowd clubbed and tied the man until American forces arrived to take custody.

At the time, Joslyn thought little of the capture, but after reflection has seen it as significant.