A body blow to base boredom: Lieutenant in Japan organizes amateur boxing matches 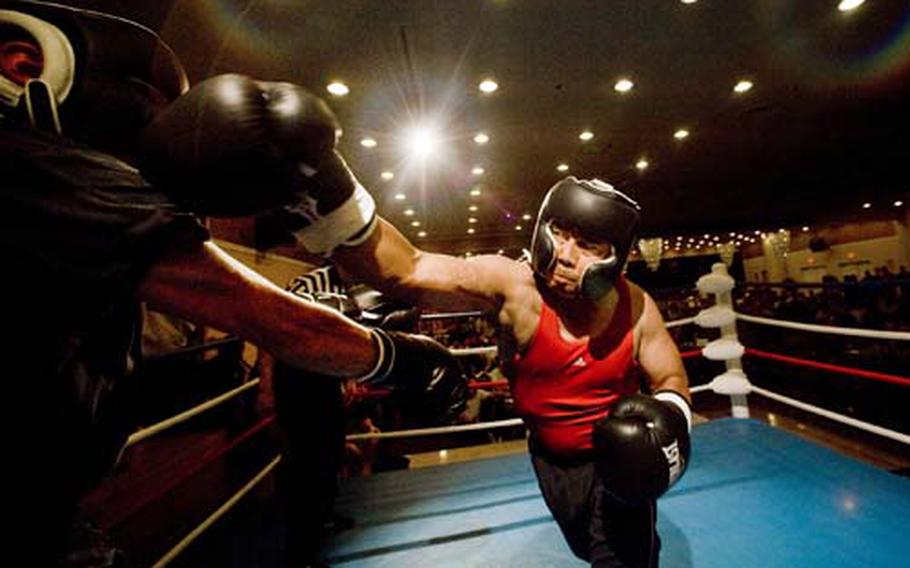 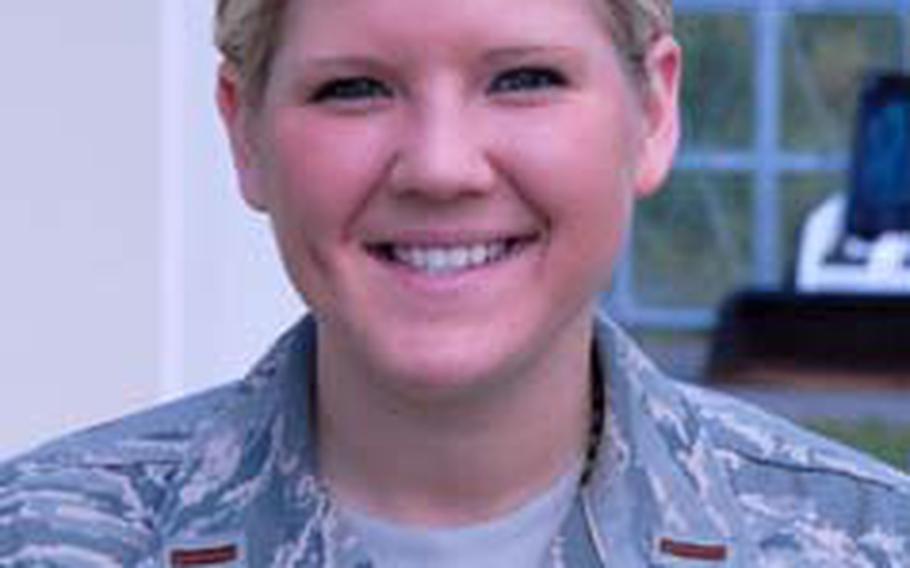 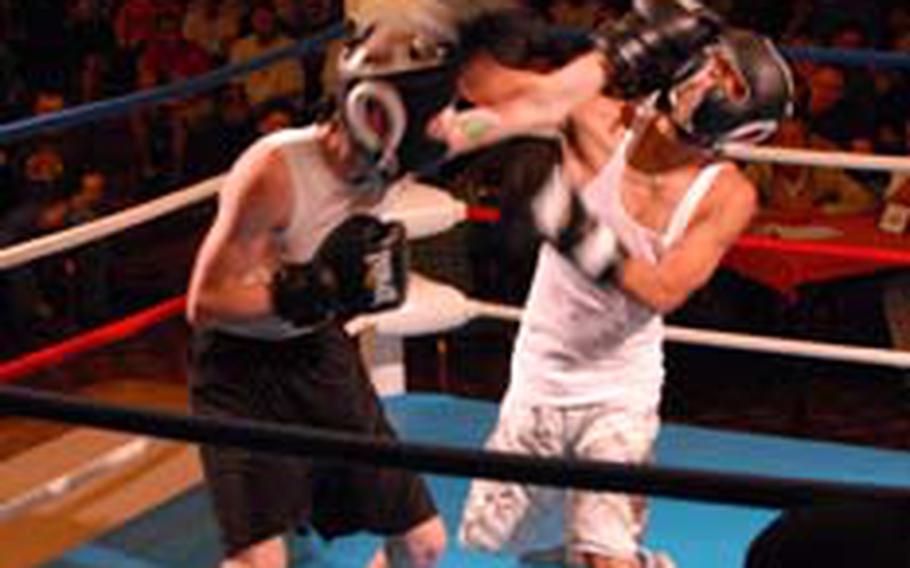 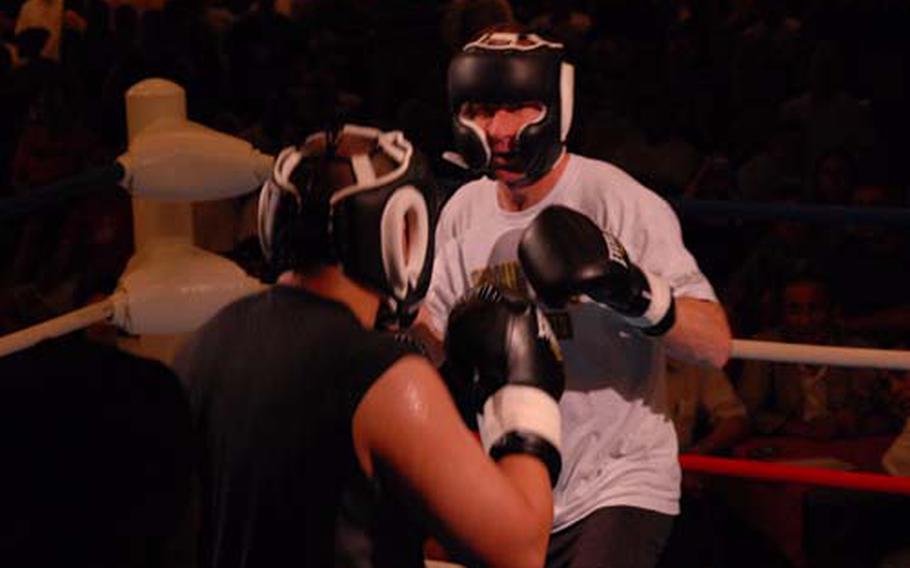 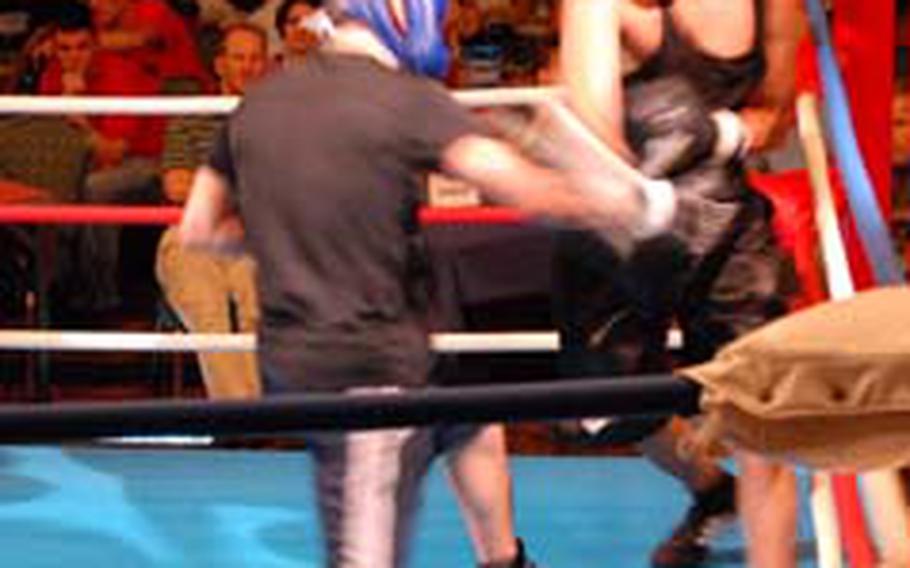 MISAWA AIR BASE, Japan &#8212; It was standing room only in the Misawa Collocated Club as 24 amateur boxers pounded their way through the base&#8217;s first Friday Night Fight Night.

The big winner, however, was not in the ring. It was organizer 2nd Lt. Megan McDonough, whose fight was to defeat boredom for servicemembers on base.

The club quickly filled to its 850-person capacity, with a wildly cheering crowd piled around the ring where airmen and civilians, Japanese and Americans, officers and enlisted battled. And more than two hours after the first punch was thrown, a line still snaked out the door, with people hoping to gain entrance.

McDonough, with the 35th Maintenance Group, brainstormed the event. She fell in love with the sport and earned three national amateur boxing titles before joining the Air Force a year ago.

Base officials said Tongson&#8217;s original opponent had to drop out at the last minute. Stilwell &#8212; who boxed intramurals at the Air Force Academy for a year &#8212; volunteered to fight in his place.

The panel of three judges awarded the decision to Stilwell after he and the captain went toe-to-toe for three rounds.

&#8220;The athletes who competed Friday night showed just what kind of conditioning is required to box,&#8221; Stilwell said in an e-mail to Stars and Stripes. &#8220;It&#8217;s an outstanding test of endurance and stamina as well as good clean fun when conducted safely.&#8221;

McDonough said safety was a huge factor in planning the event.

The fighters were medically screened and attended one of her boxing sessions so she could assess their skill level. They wore the bigger, and somewhat softer, 18-ounce gloves and full-coverage head protection was required. They fought three, two-minute rounds with a one-minute break between each round.

She said while a few who fought Friday night had some experience, &#8220;most of them have never had an amateur fight.&#8221; McDonough wants to hold the event on a regular basis.

Anyone interested in future fights can call McDonough at DSN 226-3090 or e-mail her at megan.mcdonough@misawa.af.mil.