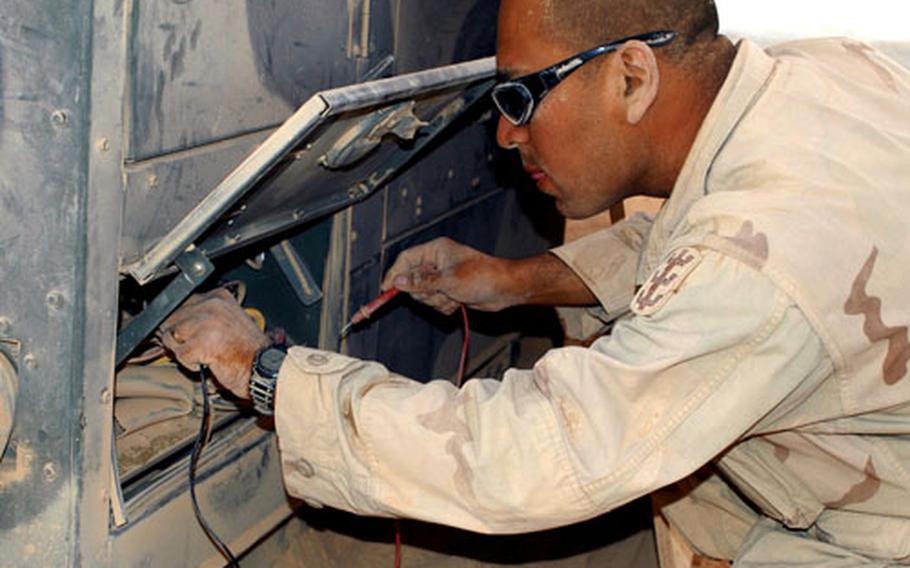 Lt. Col. Alfred Pantano, 40, of Milford, Mass., said Friday that the unit would redeploy to Fort Leonard Wood, Mo., on May 25 as part of the drawdown of U.S. forces in Europe.

&#8220;Right now we are a heavy engineer combat battalion with two line companies. Both of them are mixtures of vertical (specializing in masonry, electrical and plumbing) and horizontal (roads and airfields) construction. The unit will end up with two horizontal companies and one vertical company. The companies will be designed to go out independently from the battalion and deploy as opposed to taking the whole battalion,&#8221; Pantano said.

On March 16, the 94th will be attached to the 1st Armored Division, which also is slated to eventually return to the U.S., he said.

&#8220;The Army needs engineers so many other places you just can&#8217;t afford to leave a battalion here with the number of soldiers there will be (when 1st AD and the 1st Infantry Division leave Europe),&#8221; Pantano said.

The 94th, which has subunits at Grafenw&#246;hr, Vilseck and Hohenfels, recently returned from a yearlong tour to Iraq.

The unit was based at Camp Marez in Mosul, the nearby Forward Operating Base Courage, and the desert outpost of Rawah.

The engineers supported Iraqi police, combated improvised explosive devices, built a base for 1,600 soldiers at Rawah, Iraq, and provided force protection at other bases, Pantano said.

On March 29 the engineers &#8212; along with soldiers from the 11th and 41st transportation companies who also recently returned from yearlong Iraq tours &#8212; will be welcomed home with a series of ceremonies and a party at Vilseck Army Airfield. The event is expected to include live music and fireworks, Grafenw&#246;hr Garrison public affairs officials said.