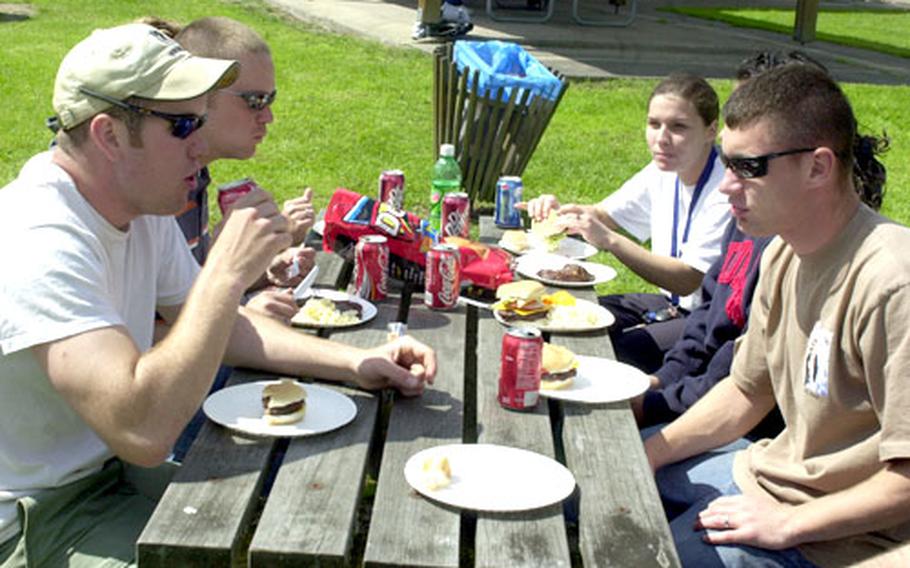 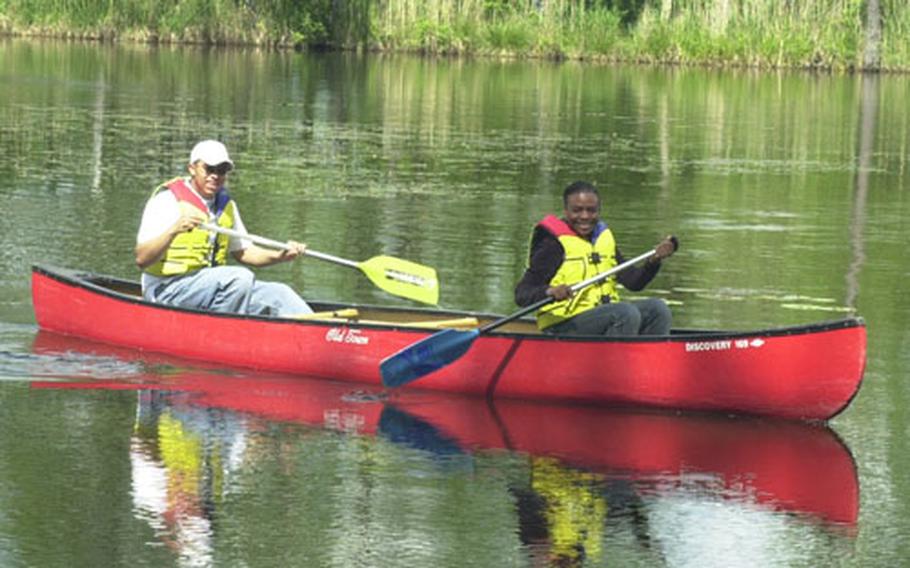 VILSECK, Germany &#8212; Soldiers from the 94th Engineer Battalion took a well-earned barbecue break here Wednesday from the triple challenge of reintegrating after a year in Mosul, Iraq, transforming into a &#8220;combined effects battalion&#8221; and preparing to restation to Fort Leonard Wood, Mo., next month.

About 170 soldiers and 30 family members from the 94th&#8217;s Headquarters and Support Company (FSC) spent the day at Little Mike Lake playing softball, volleyball and basketball, tossing horseshoes, canoeing and frying up steaks, sausages and hamburgers.

94th Battalion soldiers had worked hard over the past five months to reintegrate after the unit came back from Iraq, prepare to return to the U.S. and transform, which involves splitting the FSC into two units &#8212; a headquarters company and a forward support company, he said.

One of the barbecue&#8217;s organizers, Spc. Mark Britton, 28, of Sherrard, Ill., was saying goodbye to Germany just eight months after he arrived. He said he enjoyed his brief stay in Europe, which involved skiing for the first time.

&#8220;Everybody has been putting in a lot of long hours clearing and working on the barracks. A lot of people are going their separate ways, so it is nice for everybody to get together and relax,&#8221; he said.

Only 80 of about 250 soldiers in the company will remain with the unit in Missouri, Peterson added.

The barbecue was a chance for Spc. Mark Dunlop, 22, of Hamden, N.Y. and Spc. Ryan Benson, 21, of Kennedy, N.Y., to showcase their horseshoe-tossing skills.

They were horseshoe team champions at Camp Virginia, Kuwait, and honed their skills at Camp Marez in Mosul, where they took over a horseshoe pit built by a previous unit.

The pair, who were both .50-caliber machine-gunners in Iraq, said horseshoe tossing was their way of relaxing between missions.

The 94th will case its colors May 30 and the unit will restation to Fort Leonard Wood next month, Peterson said.