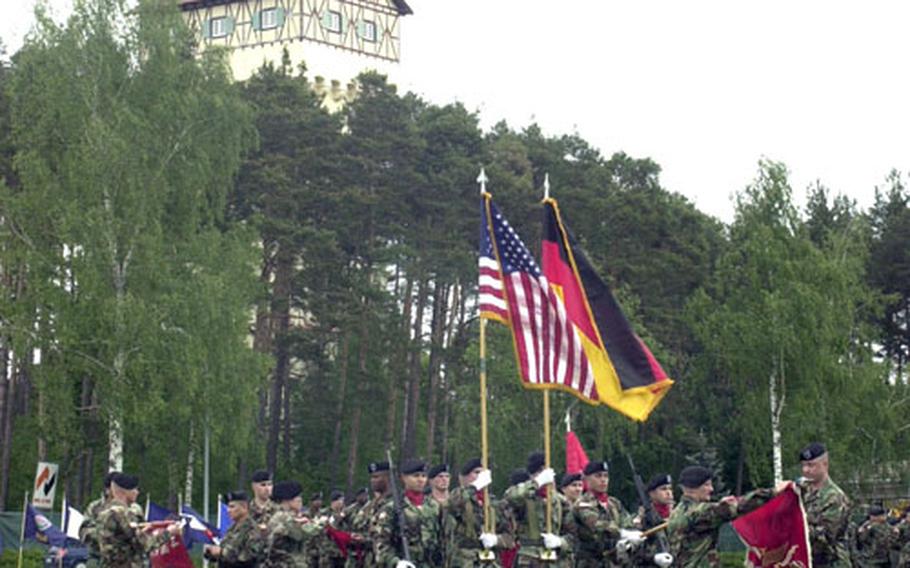 GRAFENW&#214;HR, Germany &#8212; The 94th Engineer Battalion cased its colors here Tuesday and will return to the U.S. after more than 50 years in Germany.

First Armored Division Commander Maj. Gen. Fred D. Robinson Jr. told soldiers from the unit their battalion did remarkable things over the past two years as part of the Global War on Terror.

The 94th, stationed in Germany since 1955, deployed to Kuwait in January 2003 and supported the 3rd Infantry Division&#8217;s attack on Baghdad.

In January 2005, the battalion, known as the Wolverines, deployed to Mosul, Iraq, and returned to Germany in January of this year.

&#8220;I can think of no other battalion-sized unit that has contributed more to the current fight or made a more significant difference,&#8221; he said.

The 94th&#8217;s family readiness group had also performed well in Germany while the unit was away, Robinson added.

The 94th is headed for Fort Leonard Wood, Mo., where it will transform to a modular unit with two horizontal and one vertical construction companies, Shumway said.