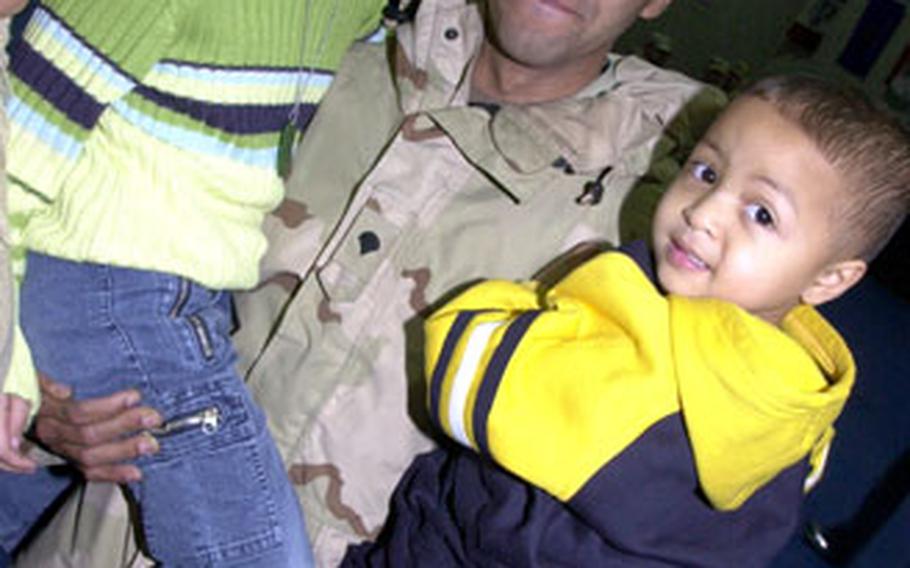 Spc. Romualdo Portes, 29, of Charleston, S.C., was happy to see his daughter Alyssa, 6, and son Alexander, 3, as he arrived in Vilseck, Germany, on Saturday. (Seth Robson / S&S)

Spc. Romualdo Portes, 29, of Charleston, S.C., was happy to see his daughter Alyssa, 6, and son Alexander, 3, as he arrived in Vilseck, Germany, on Saturday. (Seth Robson / S&S) 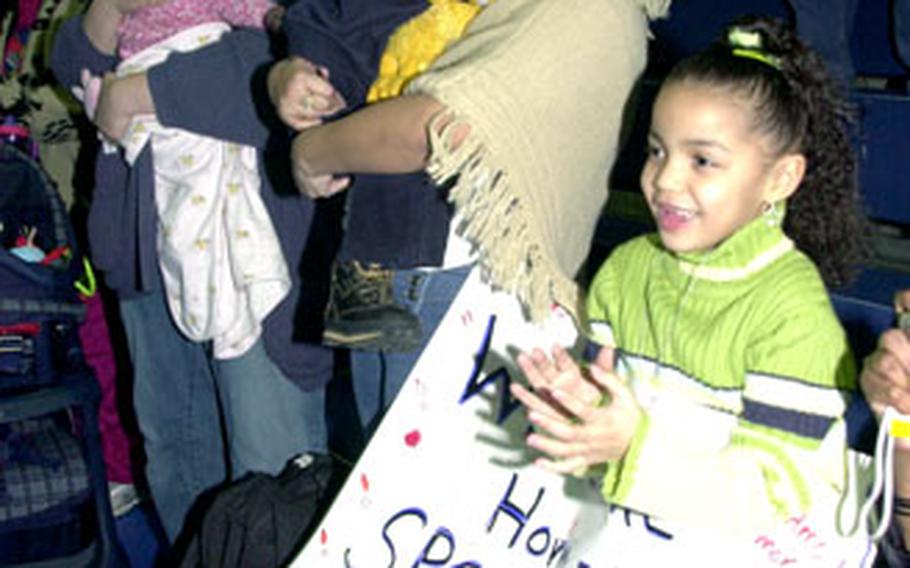 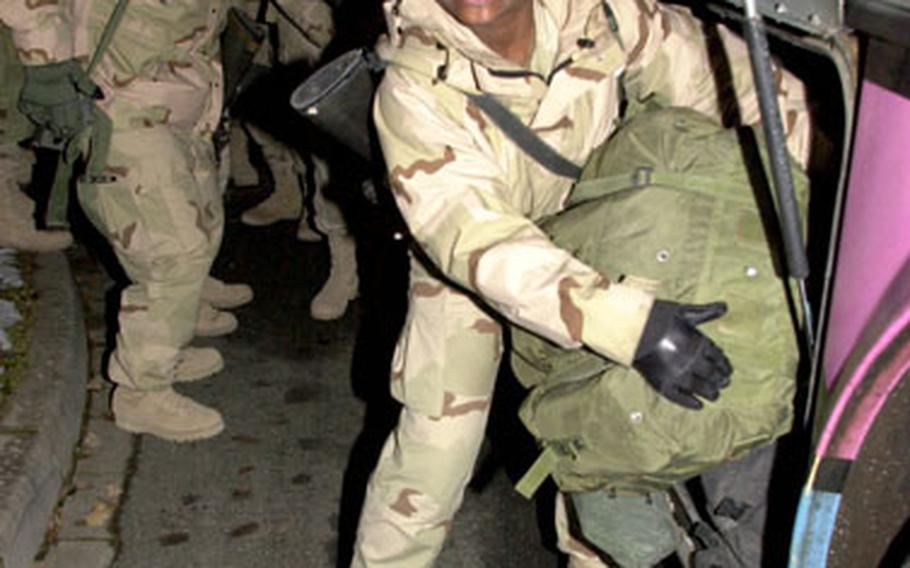 Members of the 94th Engineer Battalion get off the bus and unload their bags as they arrive back in Vilseck on Saturday morning. (Seth Robson / S&S) 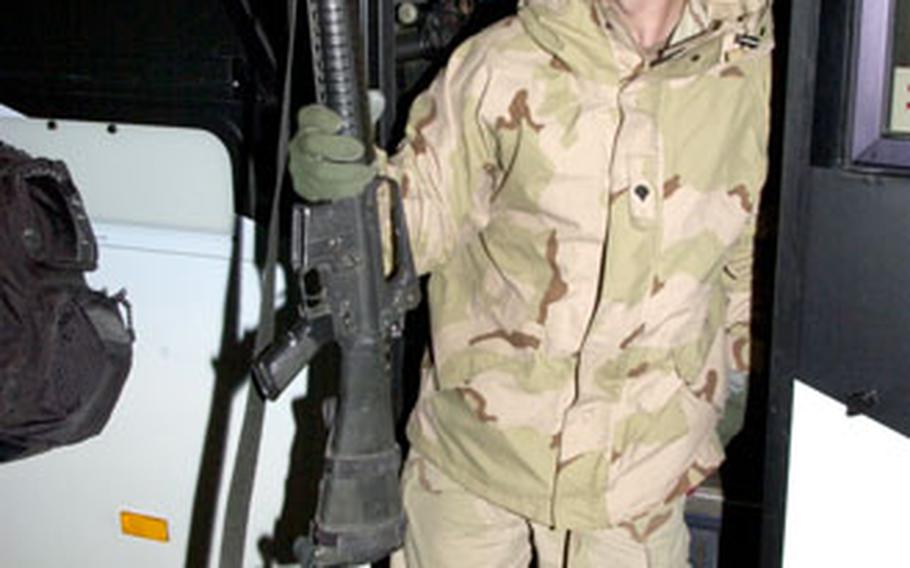 Members of the 94th Engineer Battalion get off the bus as they arrive back in Vilseck. (Seth Robson / S&S)

VILSECK, Germany &#8212; Chow will be more relaxing than usual this week for the soldiers of the 94th Engineer Battalion who returned Saturday from a yearlong deployment to the northern Iraqi city of Mosul.

The battalion was based at Forward Operating Base Marez. On Dec. 21, 2004, a month before the unit deployed, a suicide bomber blew himself up inside Marez&#8217;s dining hall, killing 22 people including 14 U.S. soldiers and four contractors.

One of the engineers who returned to Germany on Saturday, Spc. Luis Rodriguez, 25, of Tampa, Fla., said there was a lot of talk about the attack when the soldiers got to Marez.

At first they thought often about the chance of another attack at meal time. Rocket and mortar attacks were a regular occurrence at the base, he said.

However, a measure of reassurance was provided by the fact that the facility where the attack happened, which was a tent, was quickly replaced by a concrete building, Rodriguez said.

The engineers were soon at work improving force protection for the base, erecting T-shaped concrete &#8220;Jersey&#8221; barriers to block car bombs, soldiers said.

Rodriguez said he also spent time at the nearby Forward Operating Base Courage, where he designed a bridge built near the Mosul Dam. The young surveyor and drafter said soldiers at Courage repaired a large outdoor swimming pool, once used by Saddam Hussein, but that he never had a chance to swim in it.

Another returning engineer, Spc. Daniel Conerd, 20, of Independence, Iowa, said he was surprised by the greenness of Mosul, a city surrounded by lush pastures and tall gum trees.

The unit suffered one death, a soldier who died of a heart attack in October. Two soldiers were airlifted out with burns caused by a roadside bomb that exploded in April and another is recovering in the U.S. after being shot in the head by a sniper while manning a .50-caliber machine gun on top of a Humvee in October, Kelly said.

Also Saturday, members of the 535th Engineer Company, which is part of the 94th, returned to Grafenw&#246;hr after spending a year in Iraq.

The first group of engineers that arrived at Vilseck, at 1 a.m. Saturday, was met by families waving American flags and welcome-home signs at the Memorial Fitness Center.