90 families forced to move from housing units near Spangdahlem 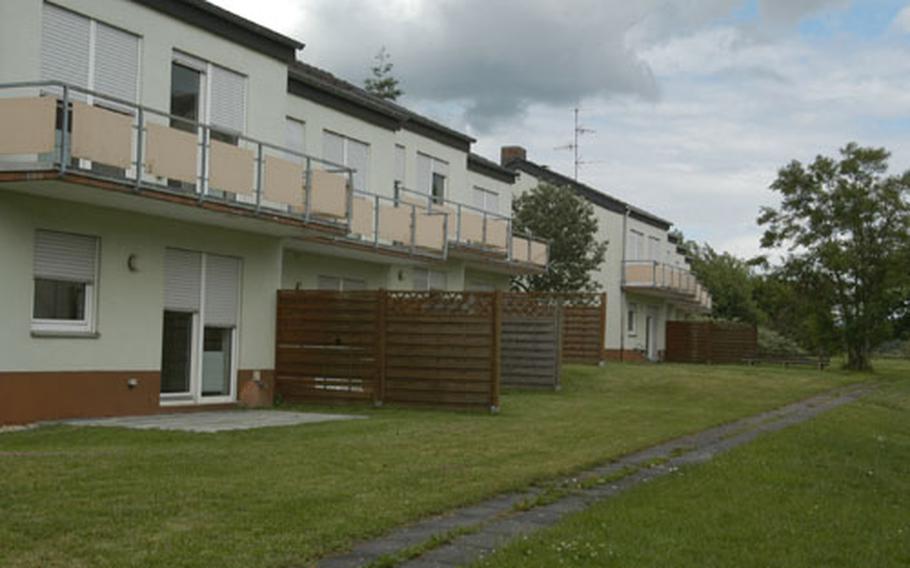 Dozens of the government-leased housing units in Speicher, near Spangdahlem Air Base, already are shuttered because families choose to live elsewhere. The Air Force has decided to cancel its lease on 300 units because they are not up to Air Force standards. (Marni McEntee / S&S)

Dozens of the government-leased housing units in Speicher, near Spangdahlem Air Base, already are shuttered because families choose to live elsewhere. The Air Force has decided to cancel its lease on 300 units because they are not up to Air Force standards. (Marni McEntee / S&S) 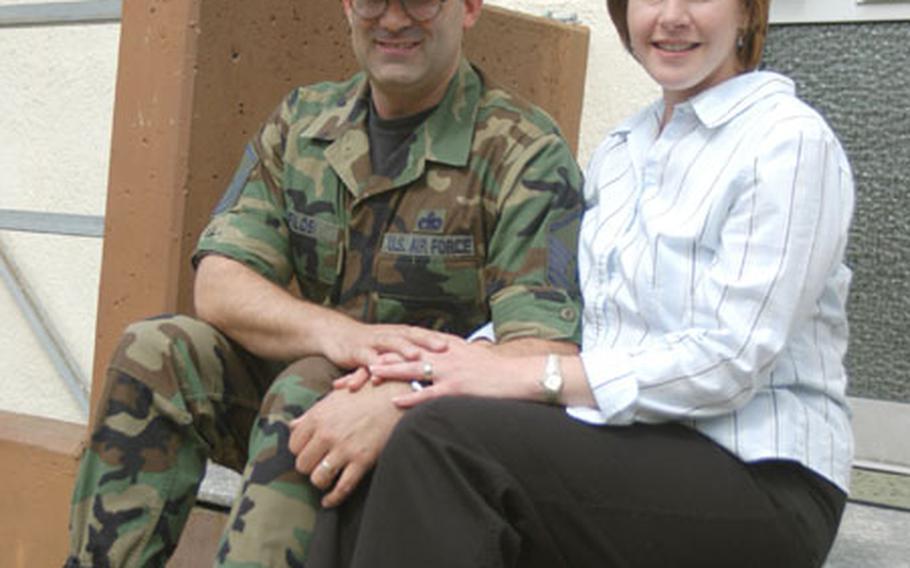 Master Sgt. Phil Filosi and his wife, Sara, sit on the steps of their government-leased housing in Herforst, near Spangdahlem Air Base. (Marni McEntee / S&S)

The 52nd Fighter Wing has leased 500 housing units in Herforst and Speicher since 1981, in complexes built especially for military families.

Many of those units, however, have not been renovated in years to meet Air Force standards, prompting the service to terminate the leases, wing commander Col. Stephen Mueller said.

As of January 2005, the wing will no longer lease 100 townhouse units in Herforst and about 200 fourplex units in Speicher. Only 173 of the 300 units were occupied when the landlords were notified in February that the lease would be terminated, Mueller said.

&#8220;You&#8217;re looking at 127 vacant units that the U.S. government and taxpayers were paying for, whether anyone was living there or not,&#8221; Mueller said. It will cost more than $1.6 million in rent and maintenance costs to continue the leases from March this year until January 2005, Mueller said.

Landlords obviously will be losing rent and the city of Speicher, for example, already has lost about $125,000 in utilities fees, he said.

Becker said he had hoped the landlords would renovate the units, but many are reluctant to invest any more money in them because they do not know how long the military community will be there.

Some of the units will be left vacant when families make their regular permanent-change-of-station moves. The Air Force will pay all the moving expenses to on-base units or find houses in the villages around the fighter base for families leaving after August 2005.

Master Sgt. Philip Filosi, his wife Sara, and 5-year-old daughter Anya are one of those families. They live in a three-bedroom unit in Herforst and will move, at government expense, next month to a historic house with a nice yard nearby.

But Sara Filosi said they&#8217;re moving reluctantly. Despite the bare-bones facades of the Herforst units, the American tenants form an important bond and Anya has a lot of friends in the neighborhood.

The wing also is working with landlords to maintain separate leases for airmen who would PCS before July 2005 so they don&#8217;t have to move twice in six months.

Initially, the government signed 10-year leases on the units. But in 2001, the Air Force switched to five-year leases, with a clause that allowed them to give one-year notice if the leases were terminated.

About that time, the Air Force and Department of Defense began analyzing military housing plans around the world.

&#8220;We looked at this, like any other large organization, and realized we needed to increase efficiency,&#8221; Mueller said.